After I contributed to an internal project, I experienced reviewing 2 pull requests and they were in the repository I contributed to. This project is for an online note for C language in my college, and uses Docusaurus.
🔗Repository: IPC144

When I contributed to the project, I audited and fixed the markdown page and was familiar with each task, so I reviewed the Pull Requests of other students who did it.

🔗Issue: https://github.com/Seneca-ICTOER/IPC144/pull/95
I reviewed Reza9472's work, where he worked on not only the markdown file but also modified css and package.json file. He did a good job but I found some extra spaces similar to how I did it, so I made a comment about it.

🔗Issue: https://github.com/Seneca-ICTOER/IPC144/pull/84
I read the markdown file line by line and found an extra comment, so I asked rclee91 to delete it. I wondered if we needed to delete extra indentations in the code blocks because I thought it wasn't user-friendly. 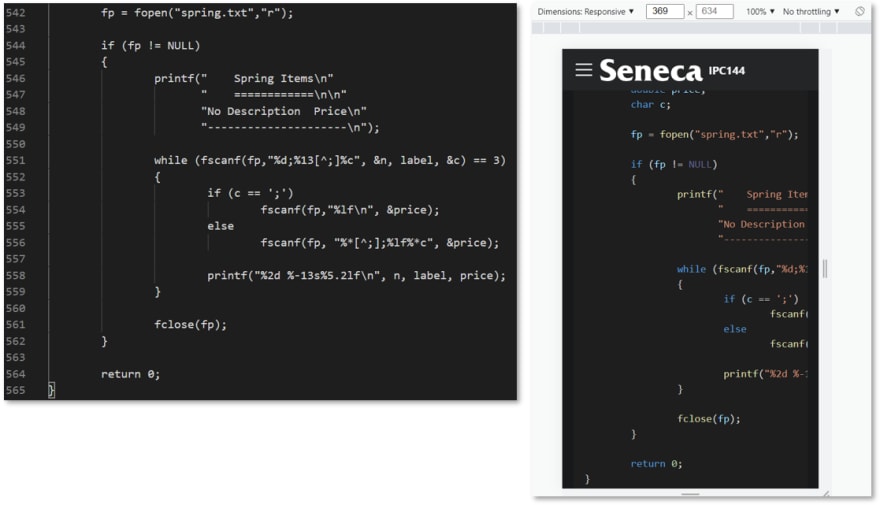 I checked C language code format, and the generator fixed the extra indentations, also some other students deleted the indentations in their PR. However, the original course note (IPC144)has the same indentations so I just suggested him to change it.
rclee91 said the indentations are the same for all of the code example in the md file. The owners of the repo didn't say anything, so I was driven by the desire to have all the formatting the same, but decided to overlook it.

I experienced getting reviews and also reviewing through this assignment. By comparing what I did with what other people did along the same task, it was helpful to be able to know what I was missing.

Top Javascript methods which i use the most ✔️