How I troubleshoot issues that don’t make sense

Today we wanted to start tracking some new performance metrics on our landing pages, and more specifically, the memory usage.
As usual, we got the data from our trusty window.performance object (from now on will be referred to as "the enemy"), stringified it before sending and…

How can it be? We have an object, with properties we can access, but stringifying it returns an empty object!

Down the rabbit hole I go

I started digging deeper into it, with the goal of turning the enemy into a string without hard coding the property names.

I tried spreading it

I tried getting its components

I tried destructuring it

And surprisingly — it worked!

With great confidence that I’m going to crack this I tried "rest" destructuring:

What is going on? Why does this specific object refuse to play nice?

After some more tinkering I found another thing that didn’t make sense.

Iterating over the enemy’s properties does work, but getting its properties names doesn’t? Even Object.getOwnPropertyNames failed!

Although this solution could work for me (remember, my original goal was "turning the enemy into a string without hard coding the property names") I wanted to find a more elegant solution, and wanted to get to the bottom of this.

The first solution, AKA "not good enough"

Success! Well… Sort of. I got the prototype property names, and I could use this array to get what I want using the following snippet

Not great, not terrible.

And it does work (and it is a one-liner like I love), don’t get me wrong, but it’s just not as elegant as I wanted it to be, and nothing made any sense anymore.

I am one with the code

Fast forward 1 hour and I discovered that objects have properties, and these properties have metadata (called descriptor) and this metadata defines whether we can enumerate over the property, change it, and how we get it from the object.

So it must be that the properties have some sort of a metadata tag that prevents getting them in the conventional ways. From MDN I figured that enumerable is the property that interests me:

true if and only if this property shows up during enumeration of the properties on the corresponding object.

But the properties do have the enumerable metadata-property turned on, why aren’t they showing up when using Object.keys or Object.values?

Finally, I succeeded in "turning on" the enumerable flags on the enemy, and my data stringified beautifly

So what’s going on here?

We already saw that the descriptors of the MemoryInfo prototype should be fine, so the only explanation is that somehow they are not set (or overridden) on the enemy itself.

Using Object.defineProperties I am able to get a copy of the enemy, but with the correct descriptors (which we can just get from the prototype using Object.getOwnPropertyDescriptors)

Then just stringify and ship! 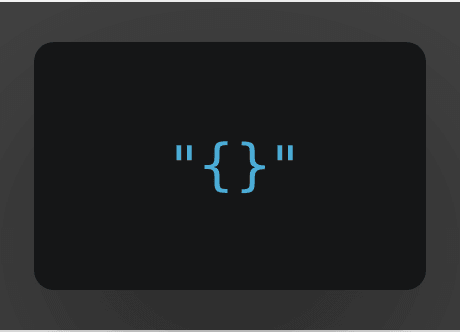 Once suspended, oryanmoshe will not be able to comment or publish posts until their suspension is removed.

Once unsuspended, oryanmoshe will be able to comment and publish posts again.

Once unpublished, all posts by oryanmoshe will become hidden and only accessible to themselves.

If oryanmoshe is not suspended, they can still re-publish their posts from their dashboard.

Once unpublished, this post will become invisible to the public and only accessible to Oryan Moshe.

Thanks for keeping DEV Community safe. Here is what you can do to flag oryanmoshe:

Unflagging oryanmoshe will restore default visibility to their posts.