Apache Cordova is an open-source mobile development framework. It allows you to use standard web technologies such as HTML5, CSS3, and JavaScript for cross-platform development, avoiding each mobile platform native development language. Applications execute within wrappers targeted to each platform, and rely on standards-compliant API bindings to access each device’s sensors, data, and network status.”

If you want to learn how to develop Android & iOS Mobile apps using HTML, CSS, JS & Apache Cordova then enroll in my course here with 90% discount.

In this blog post, I’ll show you how to Create your first Cordova Project for Android, iOS, Browser, and Desktop using HTML, CSS, and JavaScript.

By Cross-Platform, we mean that the application codebase can be written once using HTML5, CSS3 & JavaScript and it can be run across multiple target mobile platforms such as Android, iOS, Windows, Firefox, Ubuntu mobile.

The web development community has been continually innovating and with the recent development of frameworks such as Angular, IONIC, jQuery and React, the traditional web applications have now almost become indistinguishable from their native platform-specific peers in terms of functionality.

Apache Cordova can be extended with native plug-ins, allowing developers to add more functionalities that can be called from JavaScript, making it communicate directly between the native layer and the HTML5 page. These plugins allow access to the device’s accelerometer, camera, compass, file system, microphone, and more.

However, the use of Web-based technologies leads some Apache Cordova applications to run slower than native applications with similar functionality.

And the most important thing is: Cordova is free and open source. Here’s how to get started with Apache Cordova.

Use Apache Cordova if you are:

Before creating a new Cordova App, there are few prerequisites and you have to install this software:

After creating the new app, move to Cordova project folder

By using this plugin you get the following device information:

If you haven’t install visual studio code then download and install from here: https://code.visualstudio.com/

You can open the Cordova project from the command line or terminal by typing ” code . ” [code space dot], or you can directly drag & drop the project into visual studio code. 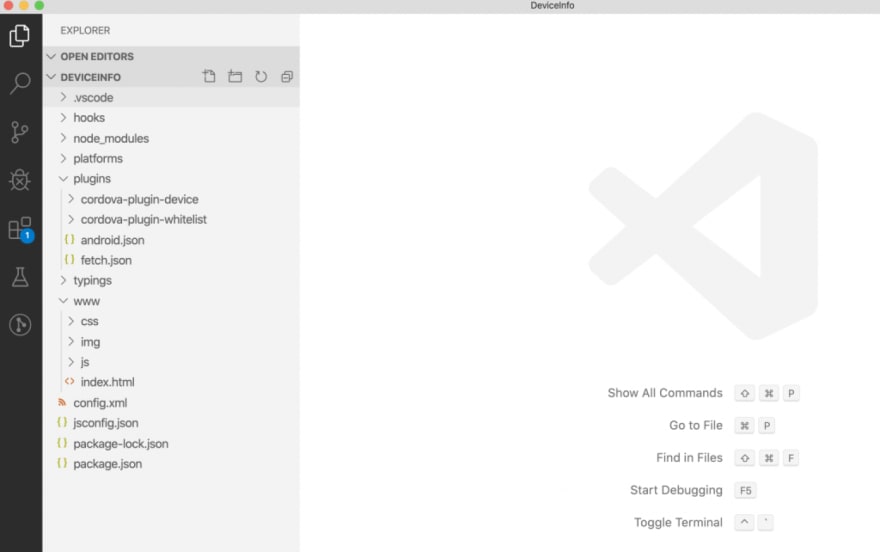 Once you build your Cordova project, you will notice that it will generate APK File and that you can install it manually in any Android device. Or if you want to install the app using the command line then see the next step.

You have to run Android Emulator before running this command.

How to run an Emulator

Step 11: Up and Running Cordova App in Emulator 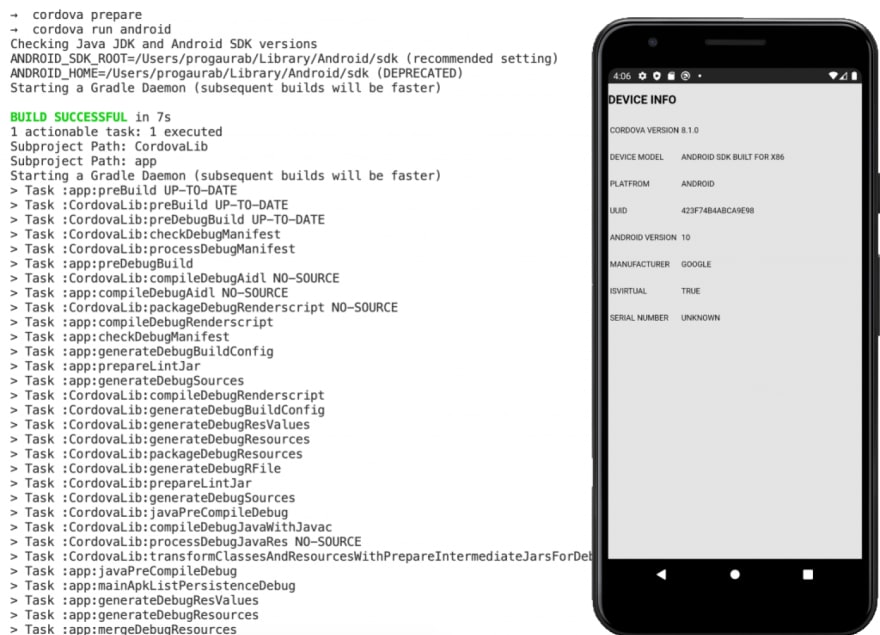 Once suspended, progaurab will not be able to comment or publish posts until their suspension is removed.

Once unsuspended, progaurab will be able to comment and publish posts again.

Once unpublished, all posts by progaurab will become hidden and only accessible to themselves.

If progaurab is not suspended, they can still re-publish their posts from their dashboard.