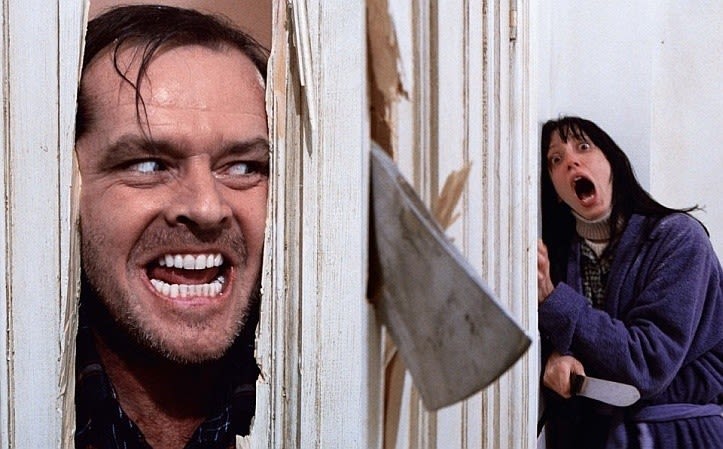 Probably every programmer has an idée fixe which will one day allow them to take over the world together with nearby planets. It is different for everybody, with varying degrees of ambitions, forethought, and planning. Gamers want to write a game. Home life optimizers want to create culinary apps, home bookkeeping tools, and smart home software. Holiday fans want social networks for drunks and mobile apps for camping and picnics organizing.

Some are lucky to find like-minded people to work together on the “wunderwaffe” which will save millions of lives, revive the Ussuri tigers, and make them billions of dollars. Only a few begin to implement at least something and only a handful of them are able to bring the idea to at least some workable stage of a product. This is all well-known, logical, and this is the way it should be.

But what is really incomprehensible and illogical is the desire to hide what you are working on now. Well, or, at least, what you are planning to work on.

On the one hand, it is clear that you don’t want to be unfounded and talk about an idea that you haven’t even begun to do in a too pretentious way. On the other hand, any idea that you share with people is strongly criticized. And this criticism is worth listening to. Correctly posed questions and answers to them help to develop in the right direction. The same “rubber duck” method applies here, but only at the stage of system requirements analysis and software design. First, you train to answer awkward questions and hone that very “elevator pitch”. Secondly, you begin to see the obvious weaknesses of the project still at the idea stage. This is not touching the fact that like-minded people can be found only if you talk about your project.

Of course, this does not mean that you need to talk about your projects on every corner. We are talking only about the places where it is relevant, such as thematic conferences and meetings, and when someone is really interested in what you are working on. 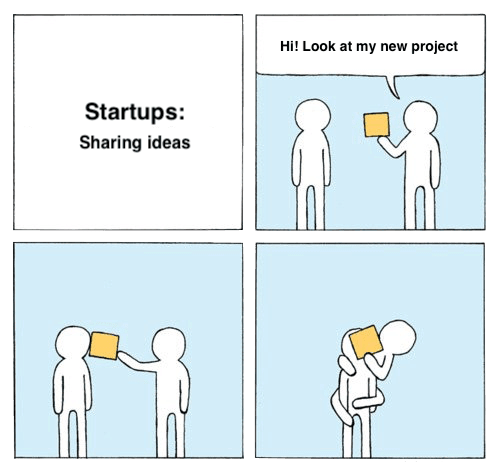 In some cases, developers refer to a risk that a good idea can be stolen. However, in the modern world it is rather pointless to be afraid of this. More likely you need to be afraid that someone else will come up with the same idea and its implementation will turn out to be a million times cooler than you could imagine on your own. Or that this idea is already being developed by someone else, or even has already been implemented. The chances that you will miss this will be much lower if you do not keep the idea secret, but discuss it with friends and colleagues.

Sometimes, on the contrary, such a reluctance to tell about the project is connected with the author’s uncertainty that it is worth the discussion. High competition, slow development of the project in comparison with similar apps, thoughts like “well, if it starts to go well, then I’ll tell them” often prevent startups from turning into something more than a hobby or even force an author to drop out of it over time. However, as mentioned earlier, the presence of competition does not mean that the idea is not destined to grow into something significant.

“If you are afraid to create or always compare your content with others’, fearing to produce something ‘worse than others’, think about the theory of two cakes” (@Charodei_Ent) 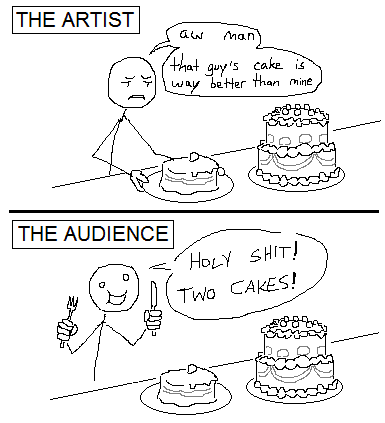 Sometimes you can hear a more reasoned opinion as an alternative to ours “tell everyone about your idea.” For example, one of our subscribers shared the following statement: “When a developer tells someone about his plans, it may be a feeling that he has already achieved something. As a result, false satisfaction appears and motivation gets low.”

And what is your opinion in this regard? At what stage do you begin to discuss and share your project ideas and success?

Automating Everything With Python

How to monetize a free mobile app?