I just ran across this meme on LinkedIn: 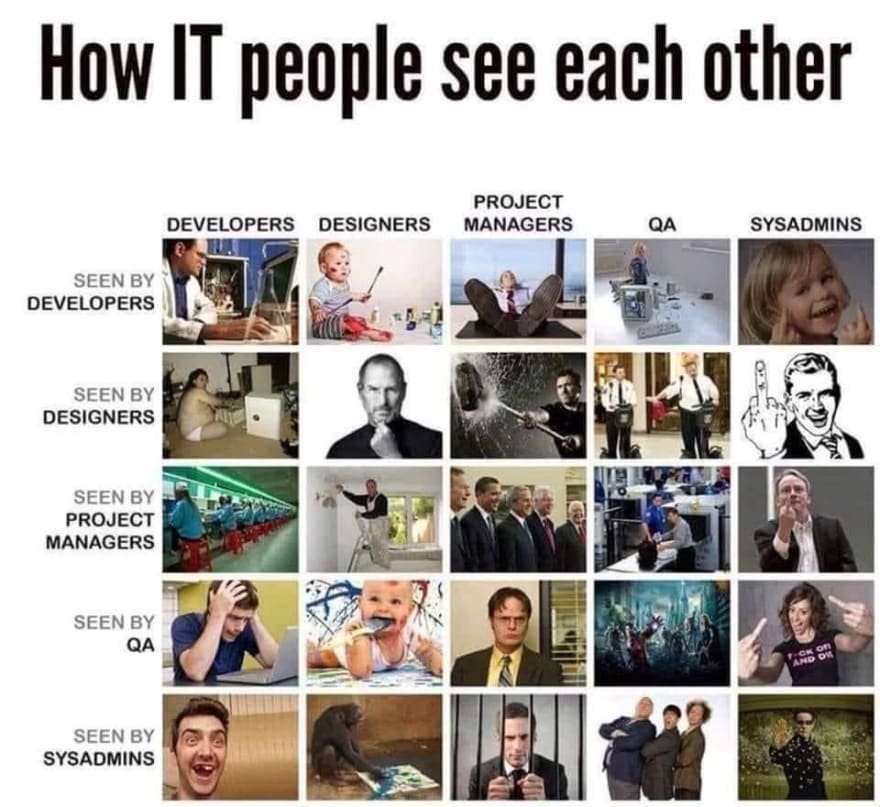 While there’s a lot that could be disected here, the first thing that jumped out at me was the right-hand column: 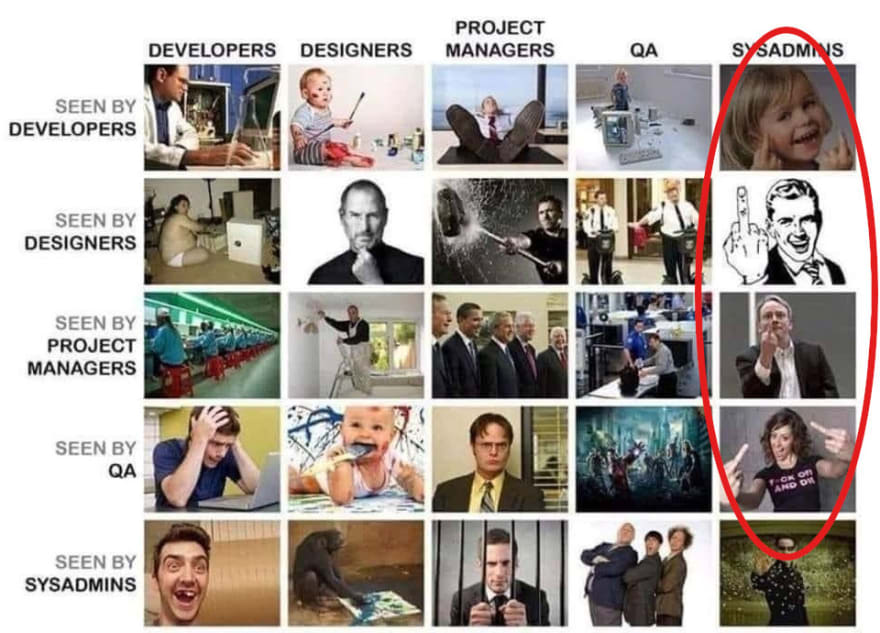 The sad reality is that this is often true. In fact, it’s the kernel of truth in this joke that lead to the formation of the DevOps movement: the idea that development and operations (including systems administration) should be united in a common goal, not set against each other as adversaries.

Once suspended, tinydevops will not be able to comment or publish posts until their suspension is removed.

Once unsuspended, tinydevops will be able to comment and publish posts again.

Once unpublished, all posts by tinydevops will become hidden and only accessible to themselves.

If tinydevops is not suspended, they can still re-publish their posts from their dashboard.

Once unpublished, this post will become invisible to the public and only accessible to Jonathan Hall.

Thanks for keeping DEV Community 👩‍💻👨‍💻 safe. Here is what you can do to flag tinydevops:

Unflagging tinydevops will restore default visibility to their posts.