In this article, I am gonna share the Implementation of Artificial Neural Network(ANN) in Python. So give your few minutes and learn about Artificial neural networks and how to implement ANN in Python.

So, without further ado, let’s get started-

What is an Artificial Neural Network?

An artificial Neural Network is much similar to the human brain.

The human Brain consist of neurons. These neurons are connected with each other. In the human brain, neuron looks something like this…

As you can see in this image, There are Neuron, Dendrites, and axon.

When you touch the hot surface, how you suddenly remove your hand?. This is the procedure that happens inside you.

When you touch some hot surface. Then automatically your skin sends a signal to the neuron. And then the neuron takes a decision, “Remove your hand”.

So that’s all about the Human Brain. In the same way, Artificial Neural Network works.

Let’s see in this image- 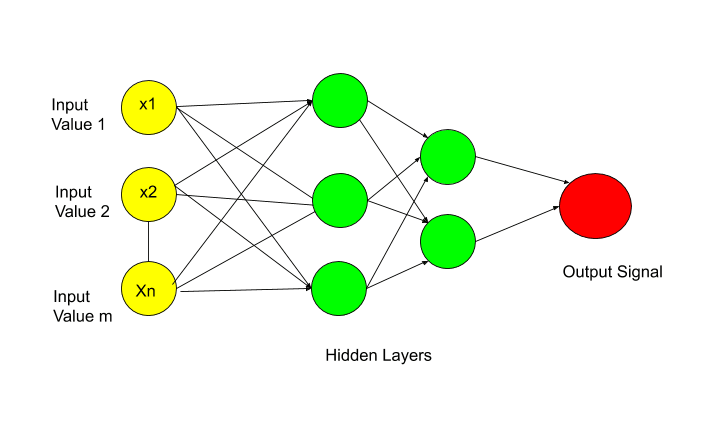 In this image, all the circles you are seeing are neurons. Artificial Neural Network is fully connected with these neurons.

So, this is the basic rough working procedure of an Artificial Neural Network. In these three layers, various computations are performed.

What can you do in ML.NET with C#?

Put a Tensorflow model into production with AWS Lambda, Docker, and AWS CDK

Things to try before Neural Networks.

Once suspended, tut_ml will not be able to comment or publish posts until their suspension is removed.

Once unsuspended, tut_ml will be able to comment and publish posts again.

Once unpublished, all posts by tut_ml will become hidden and only accessible to themselves.

If tut_ml is not suspended, they can still re-publish their posts from their dashboard.

Once unpublished, this post will become invisible to the public and only accessible to tut_ml.

Thanks for keeping DEV Community 👩‍💻👨‍💻 safe. Here is what you can do to flag tut_ml:

Unflagging tut_ml will restore default visibility to their posts.