So, I asked this question in the comments section of somebody else's post. Then I realized, if I turn my question into a post it may reach a larger number of people! So below I have shamelessly copy pasted the question verbatim. LEND ME YOUR BOTTOMLESS WISDOM DEV.TO COMMUNITY!

So I'm pretty new to the development world. But ever since I started I've wanted to make a toy language of sort as a side project/learning experience. Do you have any advice on how to get started with that? I'm pretty limited on the computer science side of things. I'm an active web developer with experience of only high level languages (both interpreted and compiled). I plan on getting an Arduino simply to play with some Assembly code. I've read the book Code: the hidden language of computer hardware and software and more or less understood the information it presented. (Sometimes much closer to the less side of things...). I became a web developer via a boot camp. And while it was great and did give me the chance to acquire the skillset to jump directly into the workforce. There is SO MUCH MORE I WANT TO DO AND LEARN! The two primary things I want to accomplish in the near future are:

I'm not somebody who sits around with a bunch of pipe dreams. When I want to do something I go and I try to do it. So if anybody has some good starting point advice on making a toy language. It would be very, very appreciated.

Here is the article that inspired the question BTW... 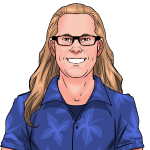 Sadly, I must say goodbye to Leaf (my programming language)

I'm a web/app developer with way too many opinions and way too little experience. I also like people a lot more than I like computers.

What would you teach a frontend beginner in 2020?

In April, I will start teaching frontend development to design students at university. The course cu...

Why do I need git?

What was the longest time you took break from coding?

How to maintain a huge repo with sporadic access

Chad Windham
@vitalcog
I'm a web/app developer with way too many opinions and way too little experience. I also like people a lot more than I like computers.
joined
Jun 5, 2018
More from @vitalcog
Inflammatory Topics & Being A Reasonable Dev...
#discuss #career #javascript #beginners