"Anything that can go wrong will go wrong."

I'm sure you've all heard of Murphy's Law, the old adage that describes a certain capriciousness our universe exhibits. Our plans often get screwed up, no matter how meticulous.
Have you ever missed an important meeting because your car broke down? Been late for a job interview because you couldn't find a cab or the traffic was crazy? Missed a date with your crush because your dog got sick? The universe seems so unreasonable at times, doesn't it?

That's exactly what my team and I felt like that day.

Let me begin at the end of February, when we had just successfully launched DEV-CLI on Product Hunt with the help of the DEV team. Big thanks to Peter, Ben, Jess, and the community at large!
Spirits were high here at Team XenoX HQ, and we were excited to launch our next product for the month of March, as we had committed.🙌💯 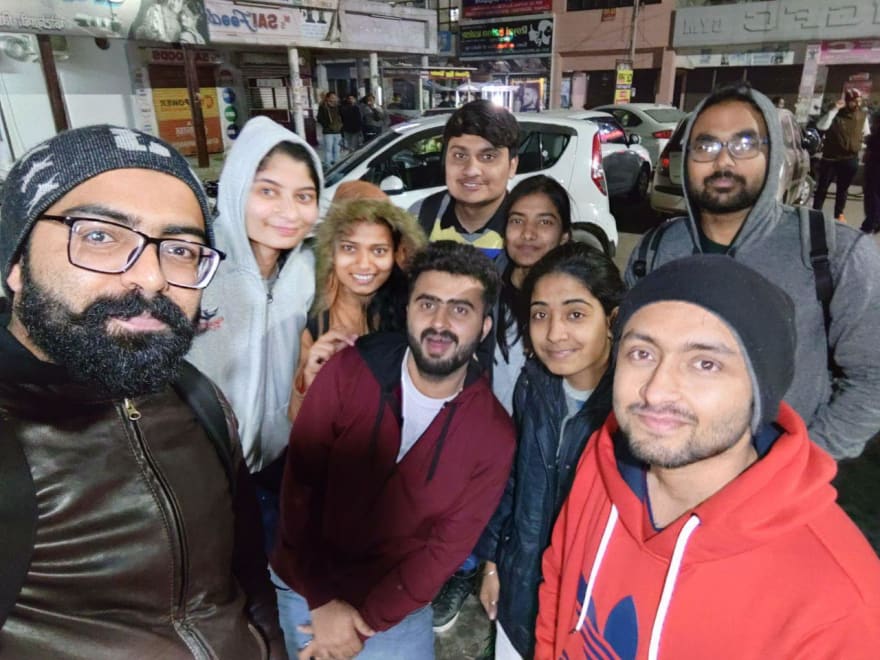 Sarthak soon started working on Dragula, our best and biggest product yet, and we started preparing for the third launch of 2019. This time, we wanted to get everything right. We wanted to continue our streak of delivering fantastic, free, and opensource products to the community. And we wanted Dragula to be #1 Product of the Day on PH, which was an ambitious goal, but we knew it was achievable since our concept was solid. So we looked into every little detail, right down to what day and hour we wanted to launch.📆
1) We decided to set up a Ship page for Dragula once we had the app close to where we wanted it in terms of functionality.
2) The next step would be to build an email list with early subscribers as we continued to make improvements to the app.
3) And then the next step would be to create some marketing materials like a video, some banners, photos and gifs.
4) Finally, we were going to launch the app on the 29th, the last Friday of March.

As it turns out, however, the universe had other plans for us.

Tldr; shit happened, things broke, people might have cried, but we delivered nevertheless.
But if you really want the details, let me start with March 26th. We still had a few days with us, so we were feeling pretty confident. The PH Upcoming page had not really worked out very well so we didn't have an email list, but it wasn't a big deal. We could execute it better next time. We were still pretty optimistic about the launch. 😃😀
The real problems started rearing their ugly heads when I found out we didn't have any material for the promotional video. I had asked a bunch of my friends to use the app and send some self-recorded videos of them using it, but that didn't pan out. All of them gradually backed away for some reason or the other, and that too at a critical time.
We languished for another couple of days before the D-Day was upon us. It was the 29th of March, and we couldn't be less ready to launch. We didn't have a landing page ready, we didn't have a video ready, and even the app was suddenly having trouble running on Windows.
And to top it all off, our internet provider had suddenly decided they hated us.
We figured it just wasn't our day and agreed to launch the next day with everything perfect since we had some time before the month ended. But oh boy, we were in for more trouble.
The next day started also started with a series of unfortunate events. Things were breaking left, right and center, and it really seemed like we won't be able to launch that day. But there was no quitting now. We were going to release the app no matter what, so it only made us double down on our efforts. 🏋️‍♂️

Here are some of the scenes from the day of the launch.

Since the internet was still down at the office, we decided to take the whole team to Sarthak's place and work from there until we were done. 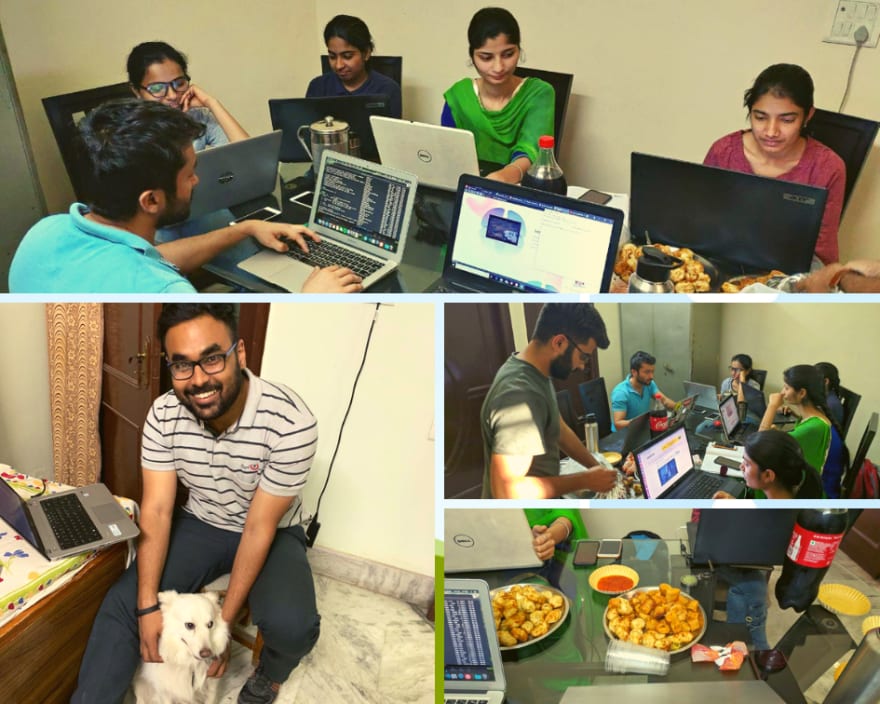 We pushed through with the power of junk food, Coke, and occasional cuddles from our local mascot and Sarthak's pet, Lovie 🐶. Check out how happy Ankur is in the picture 👆. You can't even tell he had just gotten an earful for making a silly mistake in his code. 😛
During the same time, Pawan, our remote ninja 🐱‍👤, was working on the Linux build for Dragula.
Finally, after 12 grueling hours, we launched Dragula on Product Hunt at 8:30 PM. And then we all went home.
It had been a really long day. Celebrations could wait.

What We Learned 🙇‍♂️

There's a bunch of things we learned from this experience. I'm sure I could go on and on about this, but here's the short version:

There were so many external risk factors we could've minimized. We just had to be more aware of them. Some were out of our control(yes, I'm still salty about the internet mess-up!), but others could have been avoided with better planning.

We were doing relatively well for the first half of March, but once we published the Upcoming page on PH, we kinda lost focus and couldn't prioritize well. This will serve to remind us that we always need to prioritize aggressively if we want to keep operating at the efficiency we demand of ourselves.

3. When pressed for time, don't experiment!

We could've saved a lot of time even on our launch day if we didn't try to experiment with stuff and had just asked each other for help. The product video is the best example of this. I wasted a lot of time editing and putting together an audio track that only got rejected in the end. I could've saved all that time and delivered hours earlier by just asking about it in the beginning!
Experimentation is great, but it's certainly not what you should be doing when you're pressed for time.

The launch day was one of our most exhausting days at work, and we felt like crap, almost postponing the launch multiple times throughout the day. But nevertheless, we prevailed. With enough tenacity, anything's possible. Sounds cliché, but that's because it's true.
When the going gets tough and Murphy's Law jumps into action, the best thing you can do is stare the universe right in the eye and tell it, "Screw you. I'm gonna finish this no matter what."

In the end, Dragula was a big hit!

Even though we made a lot of mistakes during the launch and we know we could've done so many things better, we're happy we didn't give up halfway.
Product Hunt delayed the release of Dragula and pushed it to the next day, 31st March, but that worked out in our favor. 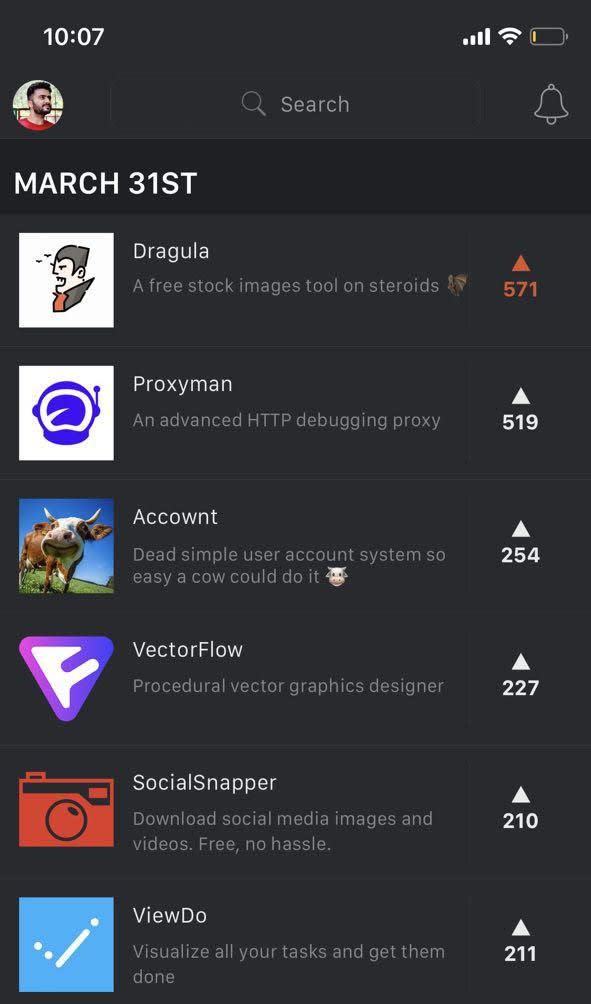 Our efforts were well-rewarded, and Dragula became #2 Product of the Day! In fact, for over 23 hours, it was at the top spot. I can't tell you how pumped we were! 💪 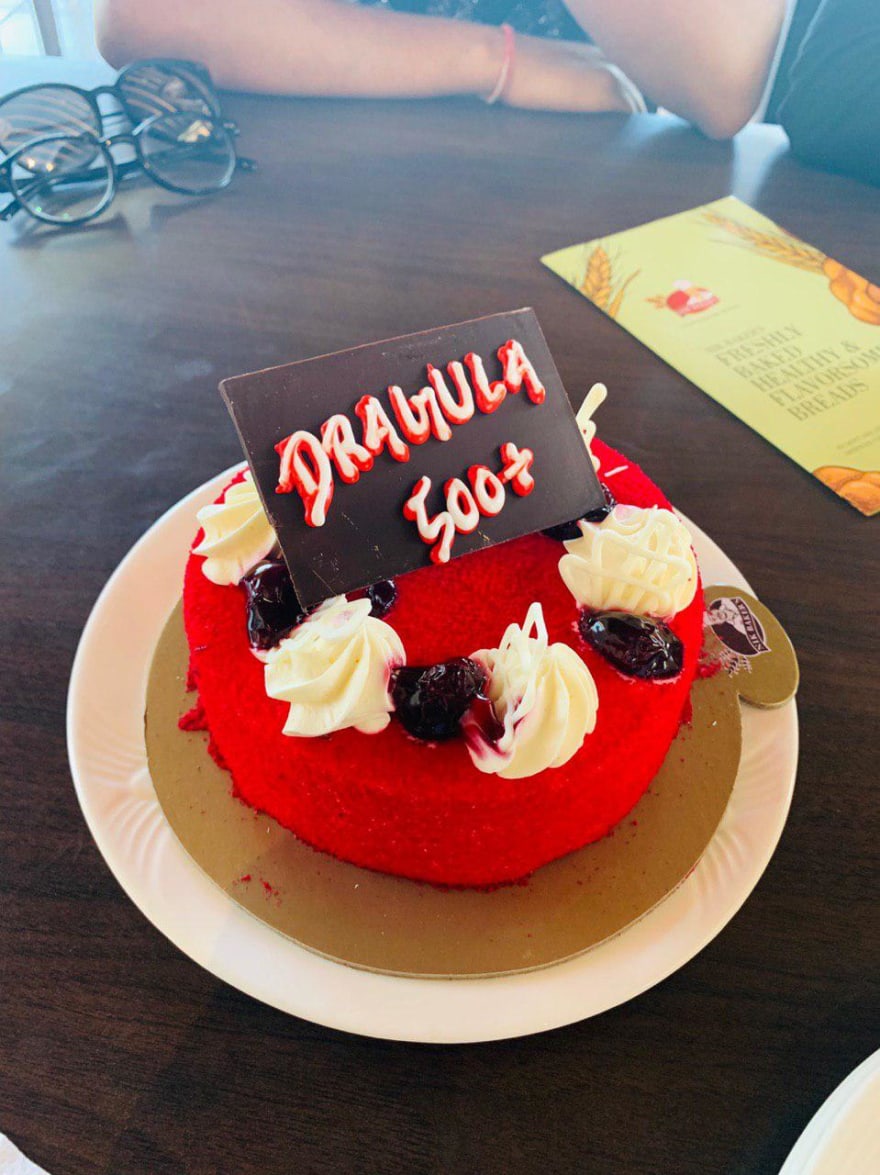 So many people registered for Dragula in such a short timespan, and it would be an understatement to say we were floored! We got more than 500 users for Dragula in less than a week! And so, we decided to celebrate in style. 😎✌ 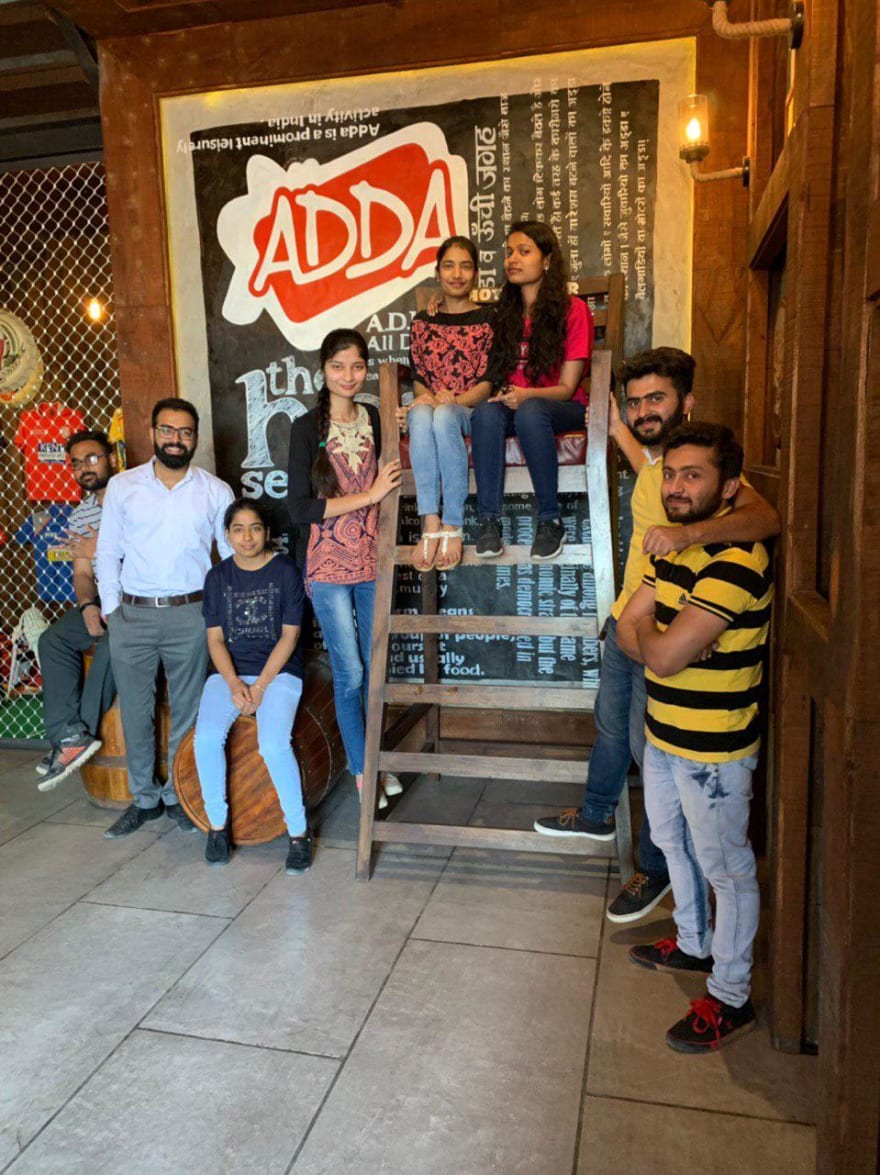 A team that parties together stays together! 🎉😻💯

So yeah, Dragula didn't end up being #1 Product of the Day, but it did come super close, and that is good enough for us, at least for now. We made a dream of ours come true, and we're really happy about it. Because that's what Team XenoX is all about. We're in the business of turning dreams into reality. So I'm gonna end with an open invitation to all of you. If you have an idea that you need help turning into reality, reach out to us. We'll make it happen. 😉🤘

Two CSS tricks I wish I knew when I started coding

How to Overlay Icons on Top of Images with CSS