You can also read our recent post on SQS FIFO Queues, which looks at why converting a distributed system to FIFO and exactly-once message processing requires considerable user effort and what to bear in mind if planning to implement this.

In this article I explore the juxtaposition of a pub/sub fan-out messaging pattern and a queue based pattern, and why both are sometimes needed. Finally, I look at the solution to this problem.

A typical scenario where the pub/sub pattern works well

Take a company like Urbantz that rely on Ably to broadcast the position of vehicles as they traverse our roads. If you set out to build a similar GPS delivery tracking system, the flow of data between the vehicles and consumers wishing to track parcels may look something like this: 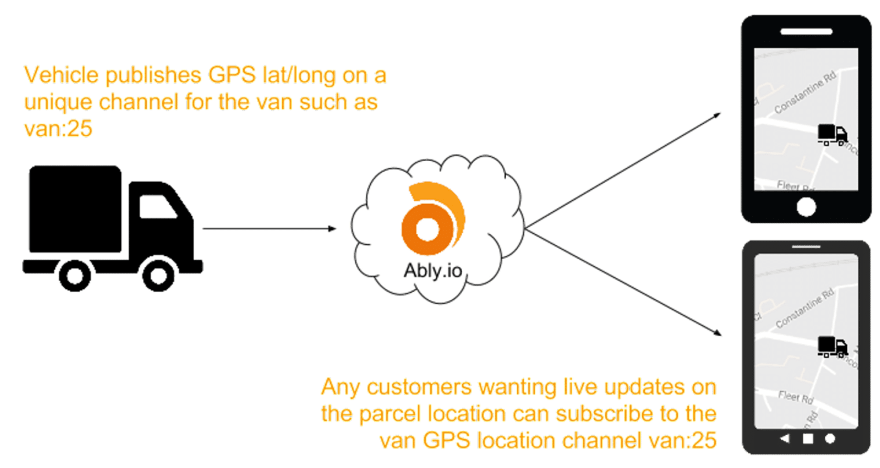 The pub/sub pattern and Ably's platform is a good fit because:

Expanding on the example above, if you were to build a complete vehicle tracking system, you may have additional requirements to:

I’ve seen other realtime platforms mostly recommend approaching this problem in one of three ways:

All data that would have been broadcast in real time is instead sent as an HTTP request to your own servers. This isn't ideal because: 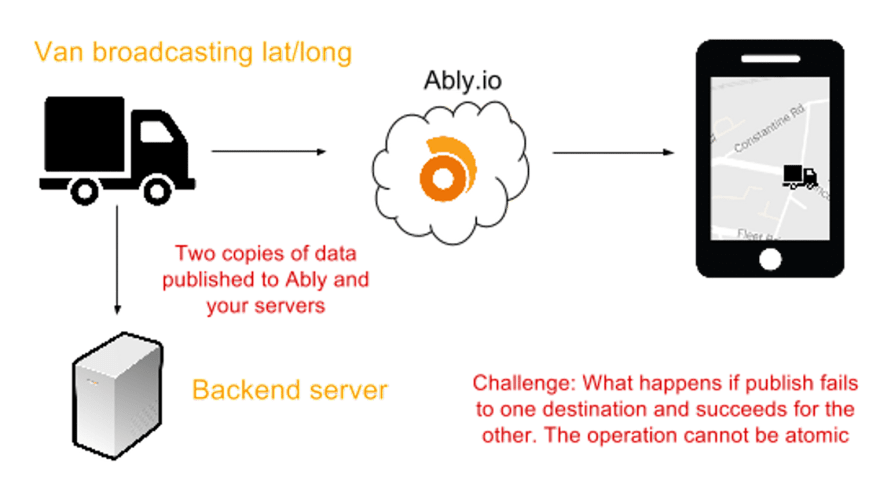 This solves the problem of latency and resilience by using Ably directly from the publishing client, but it does introduce a new problem: 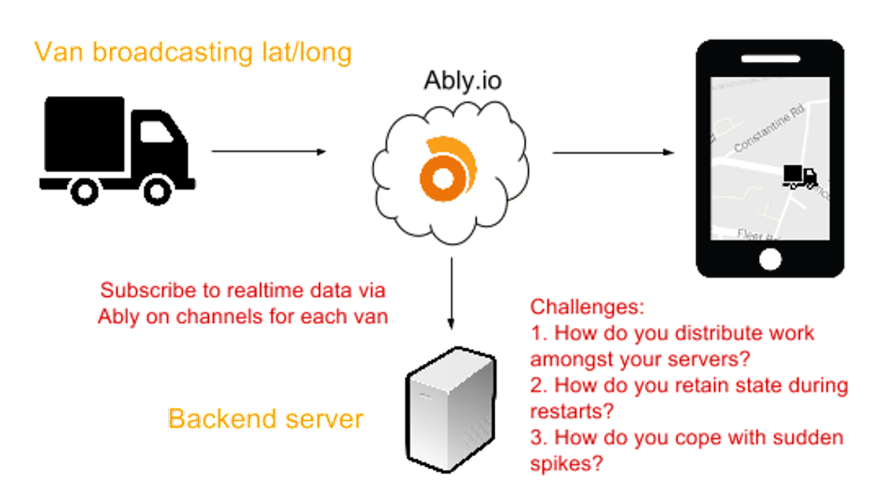 Our customers often find this approach seems like the most obvious answer to the problem, but it has many flaws and technical challenges:

What's the soltuion to all this?

Message queues: the right way to process realtime data on your servers

Before we dive into why message queues are the answer to this common problem, I want to quickly explain what queues are and how they differ significantly from Ably's pub/sub channels.

![A simplified illustration of a FIFO message queue](https://ik.imagekit.io/ably/ghost/medium/max/1600/1*pvpSVgbXKFHfRWyKLwbSxQ.png?tr=w-1520

How Ably provides queueing for our customers

If we now reconsider the problem of how to build a vehicle tracking service and process the data using your own servers, we can recommend a the following approach using an Ably message queue: 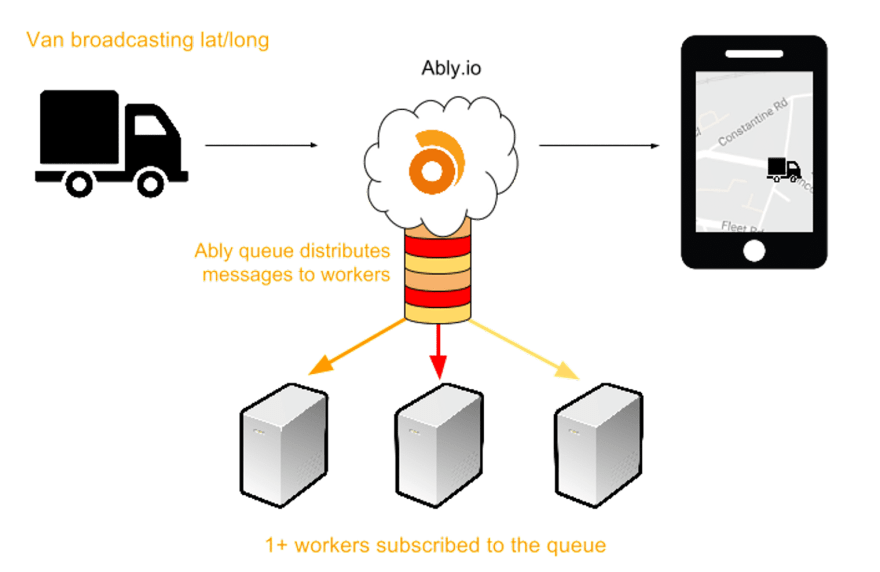 The benefits of this approach are:

The following data types are supported by message queues:

If your expected volumes are low, we support WebHooks. WebHooks provide a means to push messages, lifecycle events and presence events to your servers over HTTP reliably.

If you are interested in using message queues, or have any questions, check out the docs or get in touch with us.

Ably Realtime
Ably offers a realtime Data Stream Network (DSN) as a service making it easy for developers to add realtime messaging, notifications and streaming data to their applications.

What is Event Sourcing?

Trending on DEV
These free tools for developers are 🔥🔥🔥
#webdev #javascript #beginners #productivity
What is your favorite code Editor
#discuss #javascript #codepen #vscode
What Productivity Looks Like to Me
#productivity #career #sideprojects
How To Write Better Python Code?
#python #beginners #100daysofcode #productivity
Convert any website into a PWA in just 3 simple steps
#javascript #webdev #productivity #codenewbie
Are you frustrated chasing your Dream as a Developer? Get out of it doing this
#programming #advice #motivation #career
What are your worst habits as a developer?
#discuss
What was your win this week?
#discuss #weeklyretro