Rails is a web-application framework that includes everything needed to create database-backed web applications according to the Model-View-Controller (MVC) pattern. and in this series we are going to speak about Model layer.

What is Active Record?

Active Record is a ruby's gem. and it is the M in MVC - the Model - which represents business data and logic. It is an implementation of the Active Record Pattern which itself is a description of an Object Relational Mapping (ORM) system.

In the Active Record Pattern every record in the database is represented by an object, this object will serve us with:

So the objects will carry both persistent data and behavior which operates on that data. And each Active Record object has CRUD (Create, Read, Update, and Delete) methods for database access. This strategy allows simple designs and straight forward mappings between database tables and application objects. 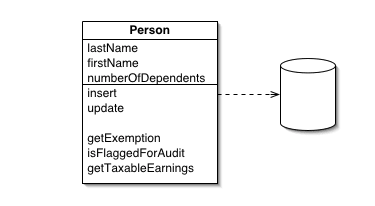 So some of the basics of Active Record are classes and objects.

A technique that connects the rich objects of an application to tables in a relational database management system. so ORM lets you query and manipulate data using Object-Oriented programming.

Active Record as an ORM Framework

Active Record gives us several mechanisms, the most important being the ability to:

Once suspended, ahmedhamid13 will not be able to comment or publish posts until their suspension is removed.

Once unsuspended, ahmedhamid13 will be able to comment and publish posts again.

Once unpublished, all posts by ahmedhamid13 will become hidden and only accessible to themselves.

If ahmedhamid13 is not suspended, they can still re-publish their posts from their dashboard.

Once unpublished, this post will become invisible to the public and only accessible to Ahmed Abdelhamid.

Thanks for keeping DEV Community 👩‍💻👨‍💻 safe. Here is what you can do to flag ahmedhamid13:

Unflagging ahmedhamid13 will restore default visibility to their posts.