Clean Architecture deals with concentric architecture with the business domain at the core, but
One of the key principles is the dependency constraint, which states that we should only depend on the inside from the outside.
However, in a straightforward implementation, the processing flow and dependencies would be in the same direction.
Of course, the Clean Architecture also requires processing from the inside to the outside, so a straightforward implementation will result in dependencies from the inside to the outside.
In other words, in order to observe the dependency principle, the flow of processing and the direction of dependency must be reversed.
The technique for solving this problem is called dependency inversion.
As the name suggests, this technique is used to satisfy the Dependency Inversion Principle (DIP).
So how do we reverse the dependency?
In this chapter, we introduce a technique called Dependency Injection (DI), which is commonly used to reverse dependencies.

Dependency Injection is a technique that has been used for a long time in statically typed languages such as Java.
You can build your own mechanism to realize DI, or you can use existing DI libraries (DI frameworks).
For example, in Java, there are many DI libraries such as Spring Framework and google/guice.
These DI libraries allow you to use DI for developing various applications.

How about in the context of JavaScript and TypeScript?
It may not be common to use DI in web frontend development.
Nevertheless, there are DI libraries available for JavaScript and TypeScript.
For example, AngularJS and Angular have a DI framework built in.
There are also libraries that provide DI functionality on its own, such as InversifyJS and TSyringe.
Both InversifyJS and TSyringe are DI libraries for use with TypeScript.
InversifyJS is a library with over 5000 Github stars and is used in over 18,000 repositories.
On the other hand, there doesn't seem to be much active development going on these days.
TSyringe is a DI library that is mainly developed by Microsoft. As of September 2020, it has about 1,400 stars on Github, and it seems to be under continuous development.

In this chapter, we will first introduce a simple method to perform DI without using libraries.
This simplified method uses a simple example to show what DI is trying to accomplish and what problems it has.
We will then explain how TSyringe can be used to solve these problems.

In this section, we will use a simple example to illustrate DI without using libraries.
The goal is to demonstrate an understanding of the overview of DI and the issues involved in DI.
However, as will be explained later, there are some practical problems with the method presented in this section.
In the next section, we will confirm that these problems are solved by DI using the library.

In this section, we will deal with a simple subject as follows.

Document will output its own content using the output method.
In the code above, the output method uses the class Printer internally.
Printer prints out the received string by the print method.
However, in order to simplify the implementation, we only use console.log for the output.
The codes to use Document are as follows.

Looking at the dependencies, we see a dependency from Document to Printer.
Now let's assume that Email is added as an output of Document.
An example codes for this would look like the following

New Email has been added, and Document now receives the output method in the constructor.
The dependency in this implementation is still the same as before, from Document to Printer.
In addition, Document now also depends on Email.
The code for the user side looks like this.

As you may have already noticed, this implementation violates the DIP.
This is because Document depends on the concrete implementations Printer and Email.
This means that if Printer or Email is changed, Document will also be affected.
In a simple example, if you rename the print method of Printer, you will need to modify the output method of Document too.
Also, if you want to add more output methods for Document, as you did for Email, you need to modify Document.
This is a violation of the Open-Closed Principle (OCP): "open to extensions".
To solve the above problems, we will use DI to reverse the dependencies.
Reverse the dependency in the following steps.

This is called Dependency Injection (DI) because the instance to be depended on in step 4 is injected from the outside.
Let's take a look at an example implementation.

Finally, in the code of the user side, the constructor of Document is passed an instance of a class that implements the DocumentOutputMethod interface.
Now you can do DI without using the library.

Problems with this method

Actually, there is a problem with this method.
That is, when you instantiate Document, you need to instantiate and pass in Printer and Email.
This is another way of saying that any code that uses Document will always depend on Printer and Email.
In the above example, main.ts is affected by this, but
If you use Document in multiple locations, each location will depend on Printer and Email.
After removing the dependency on the concrete implementation from Document, this just shifts the dependency elsewhere.
To solve this problem, the dependency on concrete code should be gathered in as few places as possible, as described in Introduction to Clean Architecture for TypeScript: PART4.

These points have been resolved in the existing DI library.
In the next section, we will show an example of a DI that solves this problem by using TSyringe.

TSyringe is a DI library developed under the leadership of Microsoft.
As the name suggests, TSyringe allows you to introduce DI into your TypeScript development.

So why does TSyringe use Decorators?
This is because the nature of the DI library is such that it works well with decorators (as a general language feature).
The DI library needs to know in some way the class to which it is injecting dependencies.
Before decorators were used, the injection target was set by a configuration file.
In this way, it is not possible to know what the DI settings are in the file where the class is declared.
There is also the cost of writing and managing configuration files.
By using decorators, these problems can be solved.
The following is an example of using TypeScript Decorators (not related to TSyringe).

In order to use Decorators in TypeScript, you need to add the following setting in the compiler options.

This section describes the setup for using TSyringe.
The information here is based on official documentation.
First, install the package.

Install the package tsyringe by

TSyringe uses an experimental feature called Decorators in TypeScript, so we will rewrite tsconfig.js as follows

We can use Decorators by enabling experimentalDecorators.
You can also enable emitDecoratorMetadata to allow the decorator to handle a lot of metadata.
To enable the Reflect API to handle metadata, you need to select one of the following libraries to use as a polyfill.

In this example, we install reflect-metadata as shown below,

reflect-metadata needs to be import only once before using DI.
It is a good idea to do import at the top level as much as possible.

Now you are ready to use TSyringe.
Next, let's look at how to actually do DI.

Define the class where you want to do DI

TSyringe provides a simple API for doing DI.
The implementation code differs depending on whether interface is used for the type of the object to be injected or not.
Here is an example of how to use interface.
For more information, please refer to the official documentation.

First, define the type to be injected with interface.

UserApiInterface defines an API for retrieving user information.
It is assumed that the class that implements this interface includes processes such as communicating with the API server and connecting directly to the DB.
In the following, as a mock, we will implement a class that receives a user ID and returns static information.

Then, define the class in which UserApiInterface should be injected.

Now, inject the object into UserApi.

In other words, TSyringe is a mechanism to create instances while resolving dependencies (which registered by register()) by resolve().

This is the basic usage of TSyringe.
This DI mechanism can be used to reverse the dependency.

First, let's design modules that will be the subject of our example.
In this section, we will consider the User model, which is the domain model, and Database, which is responsible for persisting the model.
User corresponds to the business logic and is located at the center of the concentric circles diagram.
And since Dataset is a concrete module, it is located outside the concentric diagram.
Therefore, in accordance with Clean Architecture, the dependency goes from Database to User.
This is represented in the diagram as the above image.
Database can know about User, but conversely, User cannot know about Database.
For the sake of illustration, let's assume that one file corresponds to one module, and create user.ts and database.ts.

First, let's define each one without considering the correct dependencies.

User can be set to id and name.
It persists itself via Database by User.save().

Database will receive the User model and persist it.
However, for the sake of simplicity, we will only display the received User's name in the console.

Now, let's fix the dependency to the correct orientation.

Change the constructor argument of User to DatabaseInterface.
This will remove import from user.ts to database.ts.
User is no longer dependent on Database.
Next, modify Database so that it implements DatabaseInterface.

Added User with @injectable() and added database argument of constructor with the decorator @inject('DatabaseInterface').
Now you can inject Database into User by container.
Let's take a look at the code that uses these modules.

Now we know that with proper use of interfaces and DI, we can reverse the dependencies between modules.

As described in the previous section, DI without libraries has a problem that it cannot aggregate dependencies on concrete code.
In the example in this section using TSyringe, we can aggregate container.register() into app.ts.
And by using container.resolve(User), the code on the side using User no longer depends on Database.
In this way, we can see that the problem that the simple DI without the library has been solved. 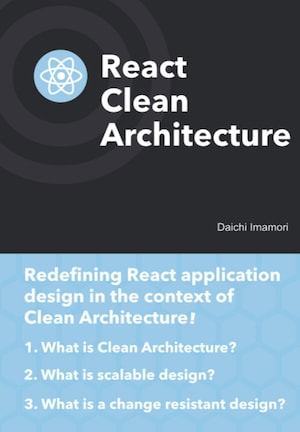 Why I never understood CSS-in-JS