Learning React starts with several concepts developers run into – JSX syntax, props, and state. State is a familiar concept for developers, while JSX syntax and props confuse new people in React because they are never mentioned in any other web frameworks. JSX syntax is optional and you can develop apps in React without that syntax (however, JSX makes the development process much easier after learning it). On the other hand, props and state are one of the most important topics when learning React. Props provide communication between components while state expands the possibilities of your app beyond the display of static content.

First, we refer to the state and props definitions, then look at two different types of components: stateful and stateless. People who are in search of a fast answer can jump straight into a brief comparison abstract and look through the table with briefing memos about the differences between state and props.

Props are a JavaScript object that React components receive as an arbitrary input to produce a React element. They provide a data flow between the components. To pass the data (props) from one component to another as a parameter:

For a class component you need to define the custom HTML attributes to which you assign your data and then pass it with special React JSX syntax.

To receive props class components need to use JavaScript keyword this.

For a functional component props are passed as an argument to a function.

; // here an arrow function receives props with the name greetings

In our example, our data was a string variable. But props can be anything: integers, objects, arrays, and even React components.

State is a JavaScript object which contains data that influence how the component looks at a certain point in time. The second part is what makes the state different compared to props. State is just a snapshot of the app in a time. Every user interaction with your app may lead to changes in the underlying state and in the whole UI as a result. State changes over the lifetime of a React component. Examples of state:

For a class component you need to call the class constructor inside the React component.

For a functional component you need to use useState Hook.

Stateless Component may contain only props, no state. Such a component can be associated with a function: it receives input ( ‘props’ object) and returns the result (React element). Stateless components are used when you want to represent the props and the component doesn’t need to be interactive. They are easy to use and easy to test.

Let’s begin with facts that are common both for props and state.

-- React components re-render if props or state have changed. Any update from anywhere in the code triggers an automatic re-render of the appropriate part of the User Interface.
-- Props and state are JS objects, which means they both contain as many properties and methods as we need.
-- The same combination of props and state must produce the same output. This type of component is deterministic.
Here is a brief comparison between state and props. 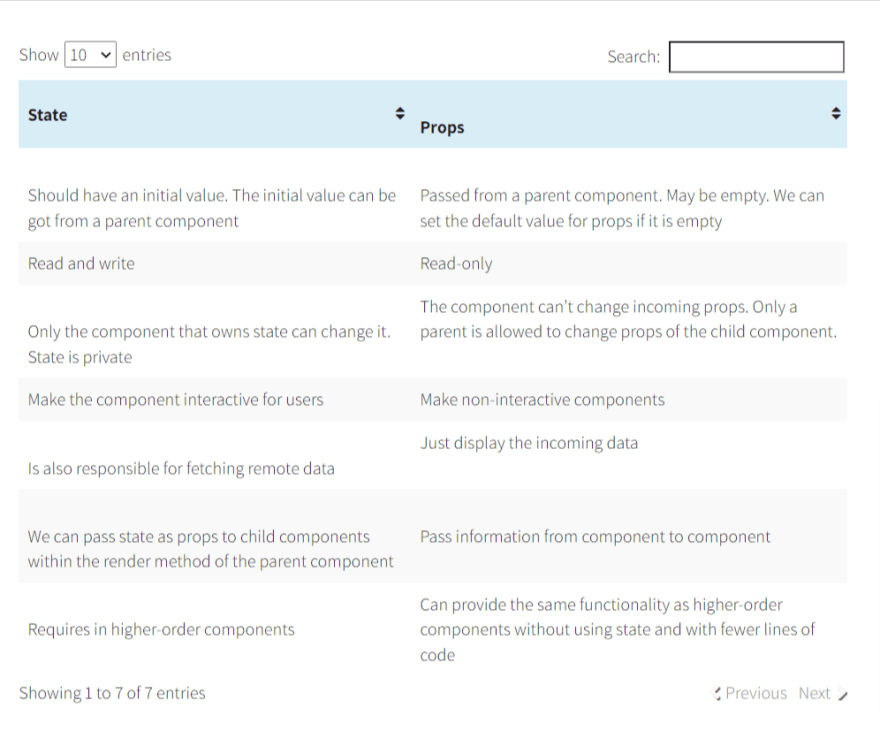 State has to have the initial value, while props can be empty

State can’t exist without the initial value. When the component becomes stateful you need to declare the first value of state directly.

In functional component we set the initial value via Hook useState()

In the example above changeMood is a method that allows us to update the mood’s state. The component can get the initial state from the parent component. The initial state for props is not a necessary staff. We can pass an empty value or set the default value when the props are empty.

CatComponent renders the following string: “Milk Cat, Eye Color: deep blue, Age: 120”. Since we pass empty values for props attributes eyeColor and age the component uses the default values for them, while the attribute catName returns the value we have previously assigned. If CatComponent is called without the default values, it will simply render “Milk Cat, Eye Color: , Age:”

Both props and state initial values received from parents override default values defined inside a Component.

Props are immutable, while state is mutable

One significant limit to props is that they are read-only from inside the component. There is no way in React for a component to set a new value for its incoming props. That brings us to the concept of pure components that don’t change their inputs and return the same result for the same props. Trying to change the props will throw an error, so the following block of code will not work:

That is totally consistent with the role props play: they just pass data from component to component. Although a component is not allowed to change its props, it is responsible for the props of its child components down the component tree.

On the other hand, state is mutable. A stateful component changes its state every time users interact with the app. Furthermore, a stateful component is responsible for management only its own state and has no impact on child components (a parent component can only set the initial state of its children components, we discuss it further below). We can say that state of every component is private. There are some rules on how to use and modify state correctly:
-- No direct modification: command this.state.name = ‘me’; is allowed only for the initial initialization of state, in render() method we need to use setState()
-- State updates may be asynchronous setState() callbacks all happen together at the end of the state update phase in React, not immediately after that particular update happens. That may lead to confusion.

The role state and props play

Here we come to the difference in concepts of these two objects.

The role of state:

The role of props:

An additional role of state that should be mentioned is fetching remote data. The component fetch data after it is mounted, so state allows us to update the component once the data from a third-party resource comes.

State can be passed as props to child components 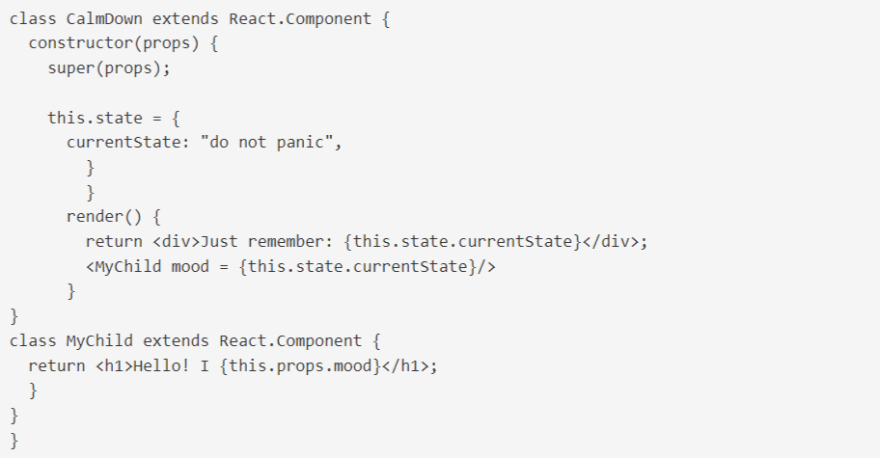 And then React passes the new value to MyChild component and re-render both elements.

If we want to change the name of the prop, we should create a child event and parent callback. Guess that we have an event called onNameChanged in the child that passes newMood as an argument to the event callback. Let add a callback handler and the event handler to the parent:

Usage of state and props in higher-order components

To build a higher-order class component we have to use state, while the same component in terms of functionality that is built with functional components requires props only.

Higher-order components are functions that take a component as an input and transform it not into UI, but another component.

Let’s build a login higher-order class component with a form where we input email and password and the component returns the answer whether such a user is registered in the app or not. 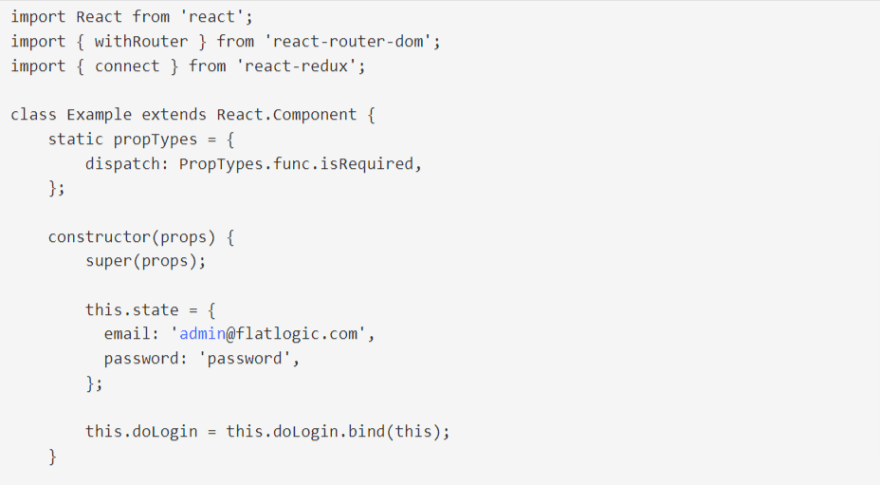 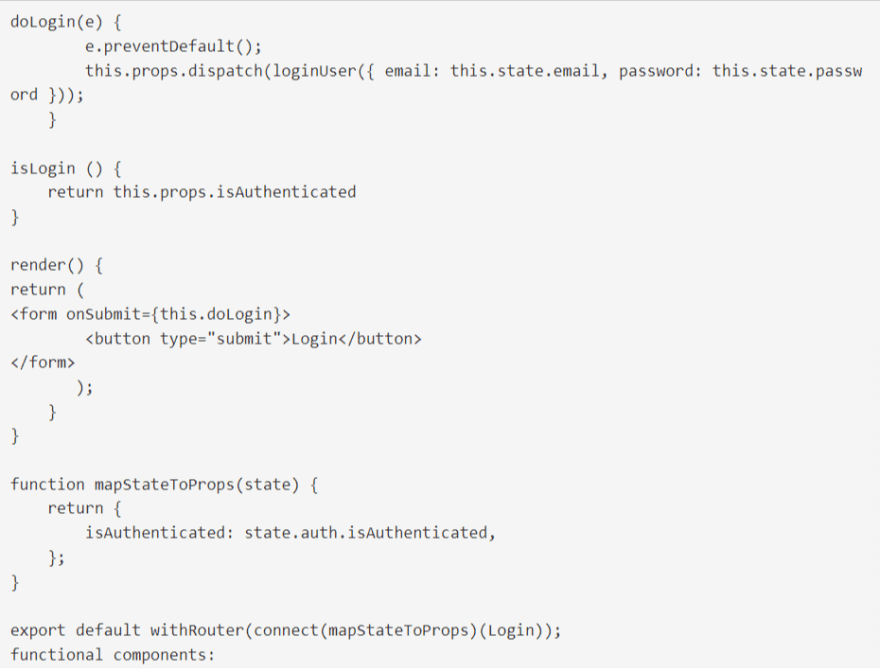 We use state to take user input data and only after that step can we call the higher-order function isAuthenticated with state as an argument.

Let’s examine exactly the same component in terms of functionality, but built using props only: 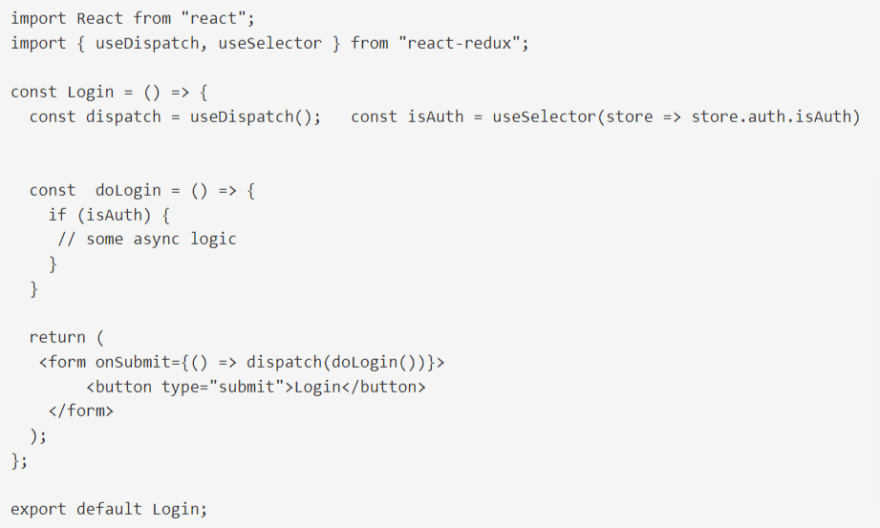 Our new component has fewer lines of code but provides the same functionality. Thus, to make a login form we have to build higher-order functions with state in class components. In functional components we use Hook useDispatch() and constants (props).

So when to use state and props?

Hope that we shed some light on the difference between the two React concepts. However, there is one more question left:

When are we supposed to use props and when resort to state?

How to install mongodb community edition to ubuntu 22.04

Katarina Harbuzava
Writing about React, Vue, Angular and React Native.
Best Ways to Make an Ecommerce Store on Node.js in 2022 | Guide for Beginners The Best IDEs for JavaScript in 2022 [Big Review] What is React?
#react

Once suspended, anaflatlogic will not be able to comment or publish posts until their suspension is removed.

Once unsuspended, anaflatlogic will be able to comment and publish posts again.

Once unpublished, all posts by anaflatlogic will become hidden and only accessible to themselves.

If anaflatlogic is not suspended, they can still re-publish their posts from their dashboard.

Thanks for keeping DEV Community 👩‍💻👨‍💻 safe. Here is what you can do to flag anaflatlogic:

Unflagging anaflatlogic will restore default visibility to their posts.