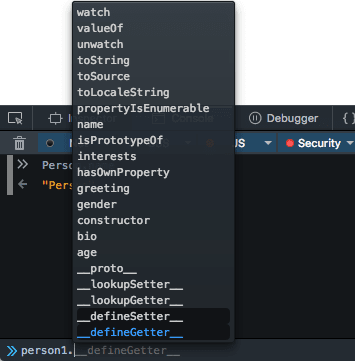 Understanding prototype chain:
If we want to check the value of person1.age, it will simply return the result of the age 28. Because age is the prototype object of person1. Person1 is inheriting the properties of the object Person.

How to copy/clone arrays in javascript

How to solve a DSA problem

10 Tips to Succeed as a Junior Developer

Asraful Islam
I'm Asraful Islam, a self-motivated MERN Stack developer. I am an energetic and enthusiastic person having a depth dedication to meet my client's demands and more than that.
What is CRUD in MongoDB? Some Advanced Topic of CSS- CSS Selectors

Once suspended, asrafulislam will not be able to comment or publish posts until their suspension is removed.

Once unsuspended, asrafulislam will be able to comment and publish posts again.

Once unpublished, all posts by asrafulislam will become hidden and only accessible to themselves.

If asrafulislam is not suspended, they can still re-publish their posts from their dashboard.

Once unpublished, this post will become invisible to the public and only accessible to Asraful Islam.

Thanks for keeping DEV Community 👩‍💻👨‍💻 safe. Here is what you can do to flag asrafulislam:

Unflagging asrafulislam will restore default visibility to their posts.