Its placement season going on here in India!

Despite the COVID-19 Pandemic the colleges across India are doing best to get the final year student recruited by the best companies around the world.

Hello guys, I am an undergrad student at VIT,Vellore,India and I recently got recruited as a software developer. In this blog I will share about something which is very important to know if anyone is looking for a tech role.

Yes, as the title says and the reason you are readin-g is, I will pen down the top 10 questions which I feel are very important in Operating Systems and you may encounter these problems in your next interview. 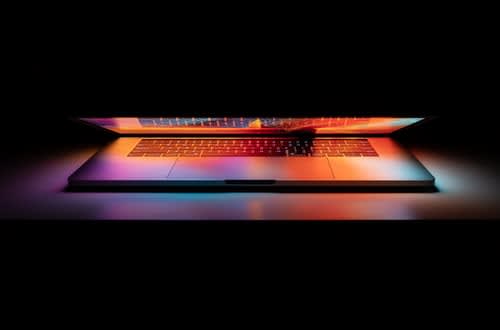 Coming to tech roles interviews almost everyone who has reached the interview round knows how to solve coding problems, but one thing that sets you apart is your miscellaneous knowledge in other Computer Science subjects like OS,DBMS AND Networking.

So,stay tuned and read it to full to ace your next tech interview.

I will list the question and then a small answer for each of them. At the end I will share some useful links which I referred to study them and so can you.

To begin with the first very general question that is asked is,

1. What is multitasking, multithreading, multiprocessing and multiprogramming?

The answer for this is quite simple and it goes as:

2. What is scheduling and what are its two types?

This is one of the most important questions as far as interview question on OS is considered. The answer to the question is:
Scheduling is handling the execution of a process. Scheduling is responsible to remove the executed process from CPU and insert the next process to be executed.

The two types of scheduling are:

3. What are the different types of Scheduling algorithms?

For this question you only need to remember the definition of the algorithms and one real life example of each.
So to start with we have:

4. What is deadlock and starvation?

Deadlock is a kind of locking situation where each process is holding a resource and waiting for another process to release its resource so that it can execute.
For a simple example, consider a single track and two trains facing each other on the track. Now none of the trains can move.

Starvation occurs when there are some process which never ends up getting resources to execute itself.

5. What are the different characteristics of deadlock?

Deadlock has the following characteristics:

You may be asked on how can we avoid those which you can read from the reference links I have given below.

6. What is Bankers Algorithm?

The request made by the process will only be granted if:

7. What is memory management and name the techniques used in doing so?

There are various programs which are running and it is very important to assign calculated memory to various running programs for the best optimal usage of the computer memory. This is called Memory Management.

When more than one processes access a same code segment that segment is known as critical section. Critical section contains shared variables or resources which are needed to be synchronized to maintain consistency of data variable.

Paging is a memory management scheme that eliminates the need for contiguous allocation of physical memory. Read more on paging here which is explained beautifully: Paging

So, algorithms which are used in process synchronization are:

If asked any of these, explaining just the algorithm is fine.

Huff, that is a long list of questions. I feel that covering these questions you are more than covered up for any question on Operating Systems.

If you have more time and want to cover more topics and in details below I am sharing the list of important topics which I tweeted a few days ago. You can cover those too for extra knowledge and info.

List of important topics to study in OS: Its a thread tweet so read it all for complete info.

Next and last is the reference to few sources which have great content to study Operating Systems.

That's it in this blog, I hope that this will help. I have used my interview experience to pile these questions.

Write down your views in the comments section below and subscribe to my newsletter to read my blogs as soon as they are released.

How to use Semantic Search with Python in 5 minutes?

Once suspended, ayushdev_24 will not be able to comment or publish posts until their suspension is removed.

Once unsuspended, ayushdev_24 will be able to comment and publish posts again.

Once unpublished, all posts by ayushdev_24 will become hidden and only accessible to themselves.

If ayushdev_24 is not suspended, they can still re-publish their posts from their dashboard.

Once unpublished, this post will become invisible to the public and only accessible to Ayush Agarwal.

Thanks for keeping DEV Community 👩‍💻👨‍💻 safe. Here is what you can do to flag ayushdev_24:

Unflagging ayushdev_24 will restore default visibility to their posts.