So, if you have read my intro post when I started this blog like forever ago (Feb 7, 2021 to be exact), then you know that I’m super excited about a project called Atomizer. I’ve been slowly stringing you (my readers) along for the last few posts to build up some background so that I can reference it when I start talking about MPDC (Massively Parallel Distributed Computing). 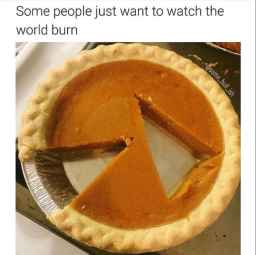 What is a Monte Carlo π simulation?

Assume that you had a square dartboard, and there was a circle inside that square that met the edges of the square (See Figure 1).

How is π estimated using this simulation?

The equation for this simulation can be parallelized by making each throw of the dart its own process. It 1) calculates its “toss” or random x/y coordinates, 2) determines if the toss is in the circle, and 3) reports back to the original process. This algorithm allows for each toss to happen in its own “simulation.”

Once the parent process receives the results of all processes, it can then calculate the final π value.

Try It Out Yourself!

So, in honor of π day 2021, I’ve set up Atomizer so you can try a Monte Carlo π simulation yourself!

Once you have the above applications installed on your system it’s super easy to run your own simulation using an Atomizer cluster.

From your terminal or git UI clone the following repo and move into the atomizer-test-agent directory:

Execute the Docker Compose File to Start the Cluster

Execute the following code in a terminal window from the atomizer-test-agent directory. Figure 2 shows what this cluster looks like graphically.

NOTE: You can adjust the number of nodes docker-compose starts by adjusting the --scale atomizer=3 argument from 3 to whatever number you want.

NOTE: You may see messages similar to those below when executing this command. These can be ignored as it indicates that the RabbitMQ instance has not yet fully started listening on the network for the Atomizer nodes to connect to. If you see these kinds of messages, wait 30 seconds or so before moving on to the next step.

Interact with the Cluster through the Test Console

From _ another _ terminal window install the atomizer-test-console using the following command specific to your version of Go:

After executing these commands the test-console should have been installed by the Go tool. From here execute the following command, which will connect to the cluster:

NOTE: If this doesn’t work, click here to visit the troubleshooting section.

The cluster uses default connection information for RabbitMQ so the test-console should immediately connect and you should see something similar to this:

Enter the number of tosses you want the simulation to run and hit enter.

The results of the simulation should be displayed fairly quickly depending on the number of tosses you entered. Look at the test-console once the calculation finishes, and it should show something similar to the example below:

Fair warning though, the Atomizer system is intended to run on multiple systems not a singular system, and it will very quickly consume a large portion of your system’s CPU if the number of tosses is high.

What is happening under the covers?

The docker-compose file that is included in the atomizer-test-agent repository has disabled logging. This was done to maximize the throughput of the Atomizer cluster, since IO can greatly impede performance if it’s unnecessary to the functionality of the application.

If you want to see what the cluster is doing, though, you can re-enable logging by updating the docker-compose.yml file and adding - LOGLEVEL=INFO in the environment section of the file like this:

This setting creates several listeners in the atomizer-test-agent which will display events as they pass through the communication elements of the AMQP system as well as the Atomizer engine itself. Once you’ve made this change, then re-run the docker-compose command to stand up your cluster and re-run the simulation with the test-console.

At the login screen enter the default credentials guest / guest and click Login.

Under the Queues section you will see that there is an atomizer queue, and, once you start a simulation, you will see a couple more queues show up in the list, similar to what you see in Figure 4.

Each of the three queues are important. The primary queue – where requests are pulled from for each node – is the atomizer queue. Then, one of the other two queues is the queue which the test-console listens to, and the third is the one the montecarlopi atom listens to for the results of the toss simulations.

The coordination between these queues allows for messages to flow to the appropriate destinations so that results can be calculated and viewed by the user.

After you are done running the simulation, don’t forget to cleanup your environment by running the following commands:

If the docker-compose command is not working as expected, here is a set of docker commands you can run instead to stand up a three node cluster.

NOTE: The following commands add logging to stdout. If you want to disable logging and improve performance, remove -e LOGLEVEL=INFO from the command.

If the atomizer test-console did not work when you tried to run it, then pull the repository down and build it directly using the following commands:

This will build the test-console and allow for direct execution.

Getting started with twirp 🦜

Once suspended, benjiv will not be able to comment or publish posts until their suspension is removed.

Once unsuspended, benjiv will be able to comment and publish posts again.

Once unpublished, all posts by benjiv will become hidden and only accessible to themselves.

If benjiv is not suspended, they can still re-publish their posts from their dashboard.

Once unpublished, this post will become invisible to the public and only accessible to Benji Vesterby.

Thanks for keeping DEV Community 👩‍💻👨‍💻 safe. Here is what you can do to flag benjiv:

Unflagging benjiv will restore default visibility to their posts.