Comprehensive React Cheatsheet included at the bottom of this article!

Comprehensive React Cheatsheet included at the bottom of this article

Introduction to React for Complete Beginners

All of the code examples below will be included a second time at the bottom of this article as an embedded gist.javascript.plainenglish.io

As I learn to build web applications in React I will blog about it in this series in an attempt to capture the…bryanguner.medium.com

It’s a work in progress 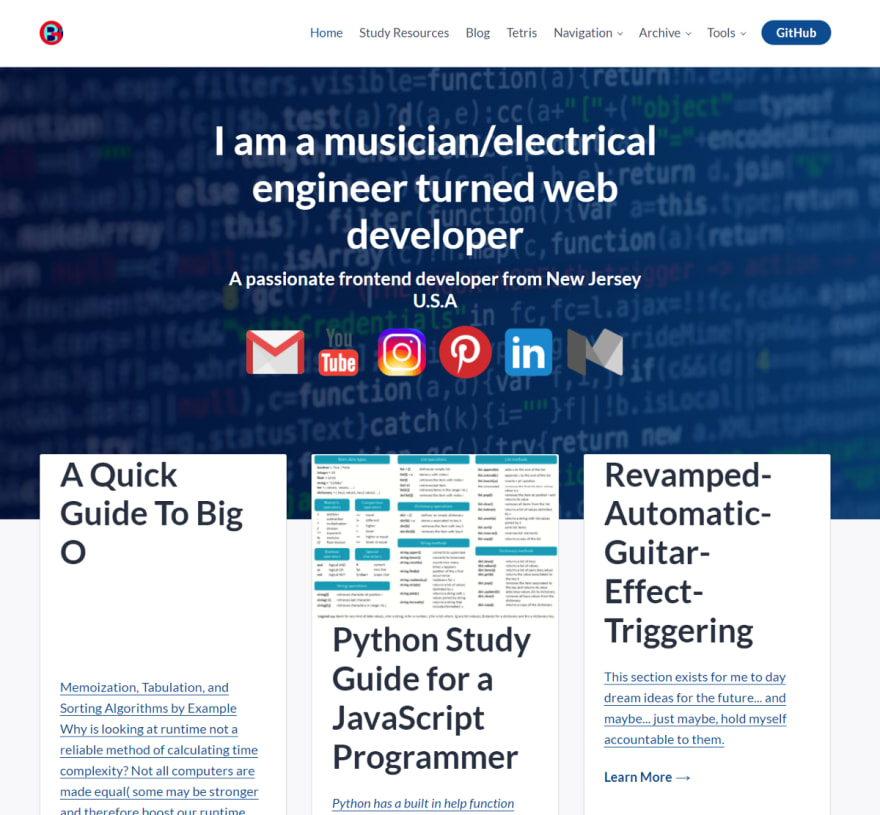 ### Beginning of the Article:

Where to Use React

React is a framework

Many developers and aspiring students misinterpret React to be a fully functional framework. It is because we often compare React with major frameworks such as Angular and Ember. This comparison is not to compare the best frameworks but to focus on the differences and similarities of React and Angular’s approach that makes their offerings worth studying. Angular works on the MVC model to support the Model, View, and Controller layers of an app. React focuses only on the ‘V,’ which is the view layer of an application and how to make handling it easier to integrate smoothly into a project.

React uses a Virtual DOM, which is essentially a tree of JavaScript objects representing the actual browser DOM. The advantage of using this for the developers is that they don’t manipulate the DOM directly as developers do with jQuery when they write React apps. Instead, they would tell React how they want the DOM to make changes to the state object and allow React to make the necessary updates to the browser DOM. This helps create a comprehensive development model for developers as they don’t need to track all DOM changes. They can modify the state object, and React would use its algorithms to understand what part of UI changed compared to the previous DOM. Using this information updates the actual browser DOM. Virtual DOM provides an excellent API for creating UI and minimizes the update count to be made on the browser DOM.

However, it is not faster than the actual DOM. You just read that it needs to pull extra strings to figure out what part of UI needs to be updated before actually performing those updates. Hence, Virtual DOM is beneficial for many things, but it isn’t faster than DOM.

1. Explain how React uses a tree data structure called the virtual DOM to model the DOM

The virtual DOM is a copy of the actual DOM tree. Updates in React are made to the virtual DOM. React uses a diffing algorithm to reconcile the changes and send the to the DOM to commit and paint.

Here, the JavaScript hello variable is set to a React virtual DOM h1 element with the text “Hello World!”.

You can also nest virtual DOM nodes in each other just like how you do it in HTML with the real DOM.

3. Use debugging tools to determine when a component is rendering 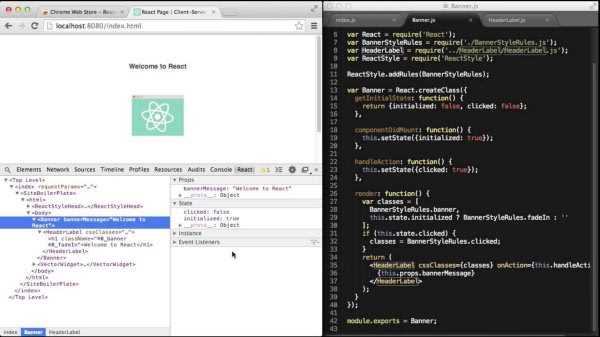 5. Use the ReactDOM.render method to have React render your virtual DOM nodes under an actual DOM node

6. Attach an event listener to an actual DOM node using a virtual node

The virtual DOM (VDOM) is a programming concept where an ideal, or “virtual”, representation of a UI is kept in memory and synced with the “real” DOM by a library such as ReactDOM. This process is called reconciliation.

This approach enables the declarative API of React: You tell React what state you want the UI to be in, and it makes sure the DOM matches that state. This abstracts out the attribute manipulation, event handling, and manual DOM updating that you would otherwise have to use to build your app.

Since “virtual DOM” is more of a pattern than a specific technology, people sometimes say it to mean different things. In React world, the term “virtual DOM” is usually associated with React elements since they are the objects representing the user interface. React, however, also uses internal objects called “fibers” to hold additional information about the component tree. They may also be considered a part of “virtual DOM” implementation in React.

Is the Shadow DOM the same as the Virtual DOM?

No, they are different. The Shadow DOM is a browser technology designed primarily for scoping variables and CSS in web components. The virtual DOM is a concept implemented by libraries in JavaScript on top of browser APIs.

7. Use create-react-app to initialize a new React app and import required dependencies

Explanation of npm vs npx from Free Code Camp:

npm (node package manager) is the dependency/package manager you get out of the box when you install Node.js. It provides a way for developers to install packages both globally and locally.

Sometimes you might want to take a look at a specific package and try out some commands. But you cannot do that without installing the dependencies in your local node_modules folder.

npm is a couple of things. First and foremost, it is an online repository for the publishing of open-source Node.js projects.

Second, it is a CLI tool that aids you to install those packages and manage their versions and dependencies. There are hundreds of thousands of Node.js libraries and applications on npm and many more are added every day.

npm by itself doesn’t run any packages. If you want to run a package using npm, you must specify that package in your package.json file.

When executables are installed via npm packages, npm creates links to them:

To execute a package with npm you either have to type the local path, like this:

or you can run a locally installed package by adding it into your package.json file in the scripts section, like this:

Then you can run the script using npm run:

You can see that running a package with plain npm requires quite a bit of ceremony.

Fortunately, this is where npx comes in handy.

Since npm version 5.2.0 npx is pre-bundled with npm. So it’s pretty much a standard nowadays.

npx is also a CLI tool whose purpose is to make it easy to install and manage dependencies hosted in the npm registry.

It’s now very easy to run any sort of Node.js-based executable that you would normally install via npm.

You can run the following command to see if it is already installed for your current npm version:

If it’s not, you can install it like this:

Once you make sure you have it installed, let’s see a few of the use cases that make npx extremely helpful.

If you wish to execute a locally installed package, all you need to do is type:

npx will check whether <command> or <package> exists in $PATH, or in the local project binaries, and if so it will execute it.

Execute packages that are not previously installed

Another major advantage is the ability to execute a package that wasn’t previously installed.

Sometimes you just want to use some CLI tools but you don’t want to install them globally just to test them out. This means you can save some disk space and simply run them only when you need them. This also means your global variables will be less polluted.

Now, where were we?

8. Pass props into a React component

Conceptually, components are like JavaScript functions. They accept arbitrary inputs (called “props”) and return React elements describing what should appear on the screen.

The simplest way to define a component is to write a JavaScript function:

This function is a valid React component because it accepts a single “props” (which stands for properties) object argument with data and returns a React element. We call such components “function components” because they are literally JavaScript functions.

You can also use an ES6 class to define a component:

The above two components are equivalent from React’s point of view.

You can destructure the props object in the function component’s parameter.

a. Import the react-router-dom package:

Memoization, Tabulation, and Sorting Algorithms by Example Why is looking at runtime not a reliable method of…bgoonz-blog.netlify.app

What are your goals for the week of Feb 6?

Bryan C Guner
I am a musician, former electrical engineer and current web-development student at Lambda School bootcamp!
Disorganized List Of Everything A New Web Developer Needs To Know
#codesandbox
Tree Data Structure 🌲🌴🌳🎋 What is a relational database?

Once suspended, bgoonz will not be able to comment or publish posts until their suspension is removed.

Once unsuspended, bgoonz will be able to comment and publish posts again.

Once unpublished, all posts by bgoonz will become hidden and only accessible to themselves.

If bgoonz is not suspended, they can still re-publish their posts from their dashboard.

Once unpublished, this post will become invisible to the public and only accessible to Bryan C Guner.

Thanks for keeping DEV Community 👩‍💻👨‍💻 safe. Here is what you can do to flag bgoonz:

Unflagging bgoonz will restore default visibility to their posts.