Every student in his final year of graduation is tasked with submitting a final year project, this project is a measure of knowledge attained and how well we can put it to use. Before we start making a project we have to think what purpose does it serve, what problems does it solve.

To understand my project we must first understand the situation for which the project was developed:

What better way to utilize my knowledge than to make a project which solves an existing problem in my College. With that in mind, after some surveying around I came upon a problem faced by the Water Maintenance personnel in my college.
My college has a vast campus area with buildings spread throughout the campus, there are overhead tanks on each of these buildings. These tanks are supplied water from one main sump and there is only one motor to supply water to all these tanks. Now one might wonder how does water go to all the tanks if there's only one motor? Well, there is a network of pipes with valves to channel water to the desired tank. So the problem was the monitoring of these tanks, each time a personnel had to go to each blocks/buildings climb all the floors and check the status of these tanks and relay the information to the Water Maintenance Cell. So to automate the process of monitoring and filling up of tanks would have required major changes made to the Water Supply system which could result in inconvenience to the people using it.

So the project I made addressed the following issues:

This project monitors the tanks and when there is a change in status of the tanks say the tank is empty or is full it notifies this change to the Maintenance cell on a display panel.

My project has two units:

Here is an image for a better understanding of the proposed model and situation(situation is oversimplified in the image): 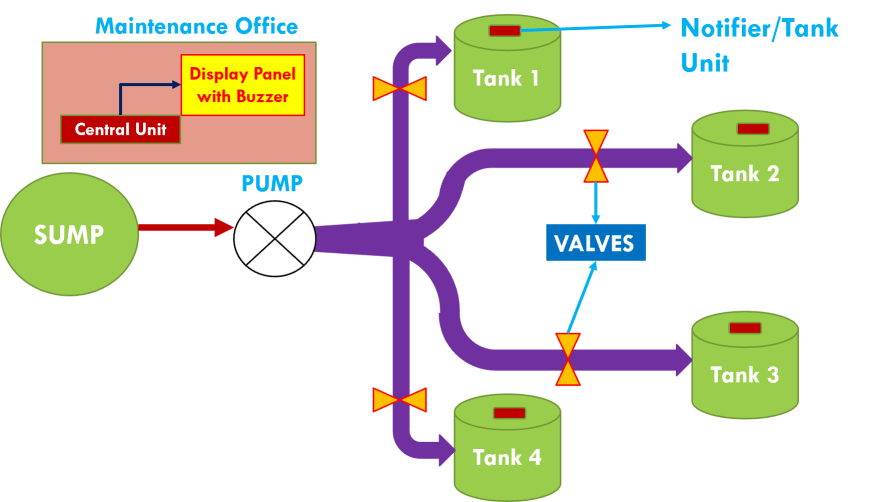 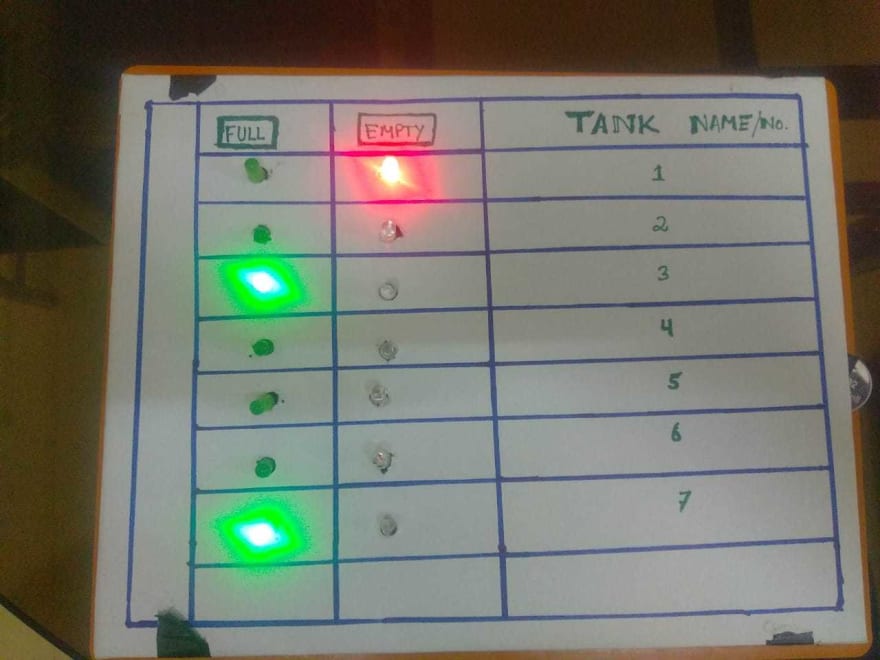 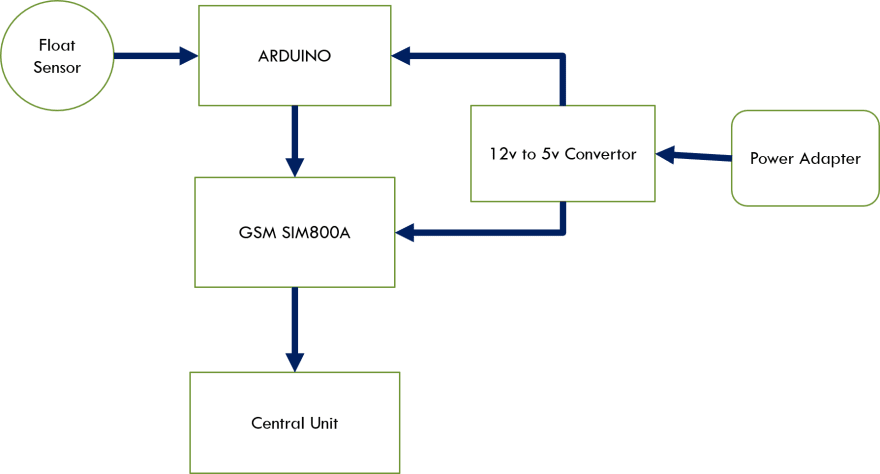 The stack or components used in this project:

Issues I ran into:

Choosing a technology for relaying information:

So I ended up using GSM module.

Reading the messages recieved on GSM:

GSM module needs a SIM card to send and receive messages, using the AT commands * I was able to display this messages on the Serial Monitor but was unable to store the message body in a variable to take action/process further.

But this mode had a disadvantage which was, if two messages were to arrive simultaneously then there is a possibility that one message is dropped.

So I thought of using another mode, a bit complex but it solves the problem. In this mode the messages are stored in the specified storage location, on the SIM card by default. This mode sends a notification of the newly arrived message, this notification contains the location of where the message is stored. Reading the message at this location gives the body of the message.

New things I learnt from this project:

I discovered and learn't a lot of new things that go into deploying a real time project. I learn't how to use GSM module to send and receive information also how to use AT commands to control GSM module's behaviour.
Also I learnt how proper selection of components is crucial to a project's performance.

This project was made in a way which was less costly and simple for the given situation. I know its not something new, but it is something new in the college and it makes the life of the workers there a little easier.

Why WebStorm is the most productive IDE for JavaScript development

Get Started with Git: Understanding the Fundamentals

Nikhil Prakash Patil
I am a very lazy person due to which I found my love for writing scripts to automate tasks in python and bash.
5 Life-Changing Lessons I Learned From Being Laid Off That Will Put You Ahead Of 97% Of People
#beginners #productivity #motivation #codenewbie
Why I Decided to Invest in My Portfolio as a Junior Developer
#webdev #career #codenewbie #help
Defect life cycle in API testing ⚙️
#beginners #api #codenewbie #productivity

Once suspended, blank1611 will not be able to comment or publish posts until their suspension is removed.

Once unsuspended, blank1611 will be able to comment and publish posts again.

Once unpublished, all posts by blank1611 will become hidden and only accessible to themselves.

If blank1611 is not suspended, they can still re-publish their posts from their dashboard.

Once unpublished, this post will become invisible to the public and only accessible to Nikhil Prakash Patil.

Thanks for keeping DEV Community 👩‍💻👨‍💻 safe. Here is what you can do to flag blank1611:

Unflagging blank1611 will restore default visibility to their posts.