I was cleaning out one of my drawers today and came across this old gem. 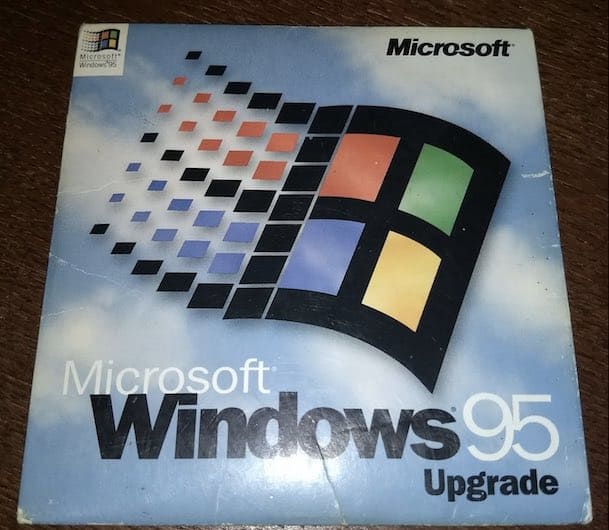 The day was Thursday, August 24, 1995. I had been anticipating this day for months. Microsoft brochures, geek buzz in AOL chatrooms, and chatter with my friends made me unable to wait to get my hands on a copy of Windows 95.

Since I was fifteen years old and unable to drive, my mom dropped me off at CompUSA around 8AM so I could be in line for the 9AM store opening. The line was already wrapped around the building. In line, I chatted with some folks about nothing other than Windows 95 and we gave our thoughts on it. Some people were skeptical and fearing Microsoft was moving in the direction of Apple where settings were abstracted and you had less control. Others had nothing but excitement for the world’s newest operating system. My opinion was somewhere between these extremes.

Once I finally made it inside the store and grabbed my Windows 95 uprade box, I headed for the cashier line and prepared to pay the $109.95 (plus tax) price tag. I had been mowing lawns to save up for this important purchase. That was a lot of money for me but I didn’t think twice about it.

My mom came back and got me around 9:30 and when we got home I popped the CD in my Unisys 386 computer and started the installation process. It took for what seemed like forever but once it installed and booted, I was ecstatic. The interface was clean, fresh, and it felt so much more advanced than Windows 3.1.

It didn’t take too before I discovered and kicked back to watch the 2 music videos on the installation CD: Edie Brickell - Good Times and Weezer - Buddy Holly.

Tired of Jira? Here's a pure POSIX to-do environment (versioned and awesome) or: A case for SCCS.

JavaScript: the First 20 Years by Allen Wirfs-Brock and Brendan Eich