Hello, I'm Mitz. This is the first post on dev.to. Nice to meet you :)

Buzzwords into my ToolBox

As many of you've heard Microservices, Blockchain, etc, there're a variety of tech buzzwords and they come and go often. Therefore, it's important for us not to believe them without even checking, but to see for ourselves how they work then put them into our toolbox. That's why I tried using a part of Reactive Programming this time.

One of the benefit of Reactive Programming is that we can use machine resources effectively. For example, in case of a web application, a server can handle more requests than blocking style application with less threads. 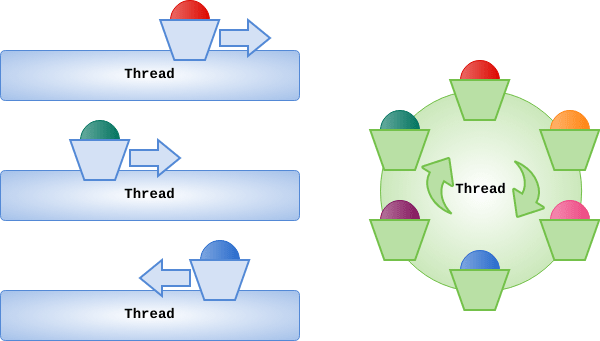 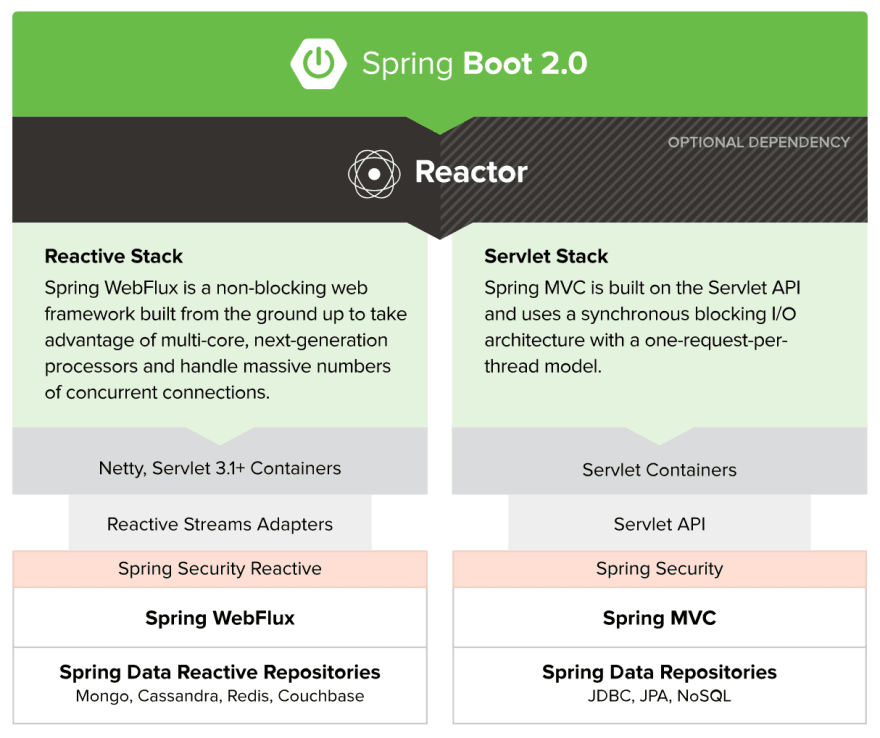 I found a great article which compares SpringBoot1 and SpringBoot2:
Raw Performance Numbers - Spring Boot 2 Webflux vs. Spring Boot 1.
I did almost the same thing to compare SpringBoot2 Blocking Web vs Reactive Web. The architecture is like this:

The source code is here:
https://github.com/bufferings/webflux-demo-201803

The delay-service emulates an outside API with some latency. We can set the latency with a path parameter:

The reactive-app is a Spring Web Reactive app, which calls delay-service with a reactive client and returns Mono:

Now, all three apps are running.

I used Gatling(https://gatling.io/) for the load test.

The scenario is something like this "1000 users call the API 30 times with 1 to 2 sec intervals". I would like to set the latency of delay-service as 300ms.

With VisualVM, we can see the worker threads count increase up to 200 which is the default maxThread value of the Tomcat. 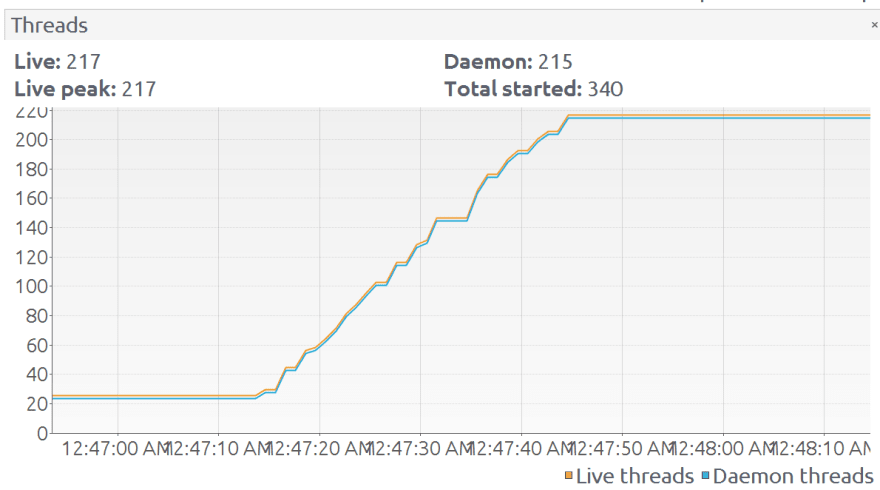 It only use 4 threads to handle the request. 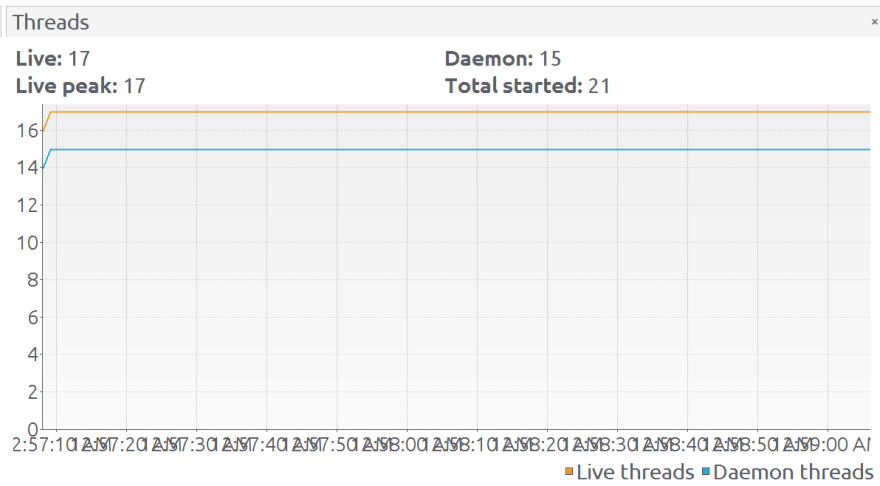 Since I decided to try with the default config, the Tomcat threads count reached to 200 which is the default value of maxThreads. Probably tuning maxThread would improve the blocking-app performance.

Since I tried this demo all in my laptop, all the apps affected each other regarding the resource usage. So separating each apps into several machine might show different result.

In conclusion, we could know how SpringBoot2 Reactive Web handles requests efficiently. But I recommend you to check it by yourself. Especially Reactive Web style programming requires Java engineer to change their mindset to some extent I think.

Anyway, it's so interesting and I'm feeling now SpringBoot2 Reactive Web is in my toolbox. Thank you!

Why use Spring Constructor Dependency Injection instead of @Autowired

How to implement a hash table in Java (Part 2)

Java: How to convert Excel to Word

Once suspended, bufferings will not be able to comment or publish posts until their suspension is removed.

Once unsuspended, bufferings will be able to comment and publish posts again.

Once unpublished, all posts by bufferings will become hidden and only accessible to themselves.

If bufferings is not suspended, they can still re-publish their posts from their dashboard.

Once unpublished, this post will become invisible to the public and only accessible to Mitz.

Thanks for keeping DEV Community 👩‍💻👨‍💻 safe. Here is what you can do to flag bufferings:

Unflagging bufferings will restore default visibility to their posts.