**Welcome, my dear hackers! I hope you are all having a great start to the working week! Here we are, at our fourth chapter of the Getting started with javascript series. Today, we will discuss the Document Object Model (DOM) and how to use JavaScript to manipulate it.🚀

🤳🏻 WHAT IS DOCUMENT OBJECT MODEL

The Document Object Model is the data representation of the objects that comprise the structure and content of a document on the web.

It represents a programming interface for HTML and XML documents. The document is represented as nodes and objects. In that way, programming languages can connect to the page.

The DOM is an object-oriented representation of the web page, which can be modified with a scripting language such as JavaScript.

An Object that participates in a tree has a parent, which is either null or an object, and has children, which is an order set of objects. An object X whose parent is object Y is a child object of the object Y.

An inclusive descendant is an object or one of its descendants

An object A is called an ancestor of an object B if and only if B is a descendant of A.

An object A is called a sibling of an object B, if and only if B and A share the same non-null parent.

The last child of an object is its last-child or null if it has no children.

I think you get where I'm going with this 😉

The order set parser takes a string input and then runs these steps:

👁 VISUAL REPRESENTATION OF THE PARENT-CHILD-SIBLING concept 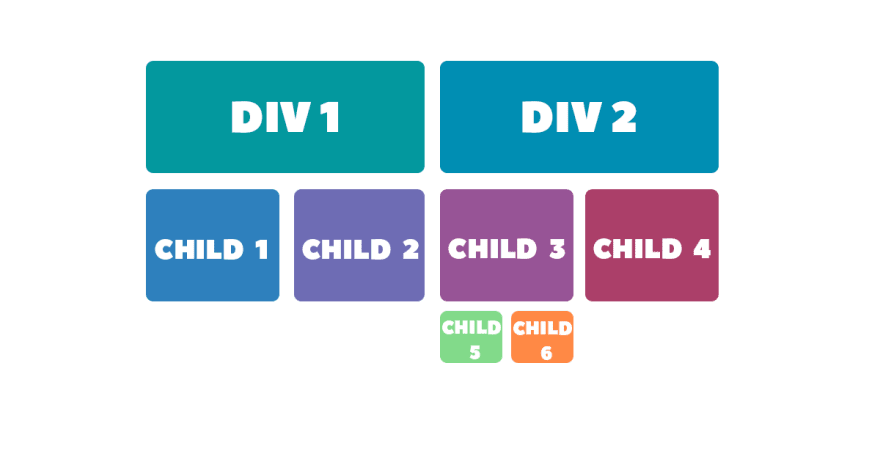 ️⃣ GETTING AN ELEMENT BY ID

Now, we are going to demonstrate how to access DOM elements using javascript. Open your console and click the button.

In your console, you should get this:

The important part in the javascript code is:

Here, we declare a variable get_me that we use to store an element (div with an id of "get-me"). YES we can store the entire HTML element inside a single variable!

Why would we want to store an entire element inside a single variable?

Well, we don't, but we want to store an object that represents an HTML element we are trying to get, and we already do that, but if we change console.log(get_me) to console.dir(get_me) we will get something like this:

This is just a small part of an object try copying code from my codepen and running it on your machine with the console.dir directive and you'll see the entire object.

What the heck is that? 😲

Don't worry. You don't need to remember or know every single property of that object, but this is why we are getting an element by id and storing it inside a variable, maybe we need to manipulate that object. Like change text or color.

🅰 CHANGE TEXT OF AN ELEMENT

You probably noticed that I have a line of code that is commented out. If you uncomment that line you will see a change on a button click, the change affects a property within a get_me element object that is called innerText; An innerText as its name says is a simple text that is inside the div (if div has no text initially, innerText is just an empty string).

I changed the text of a div with this line of code:

You probably noticed the innerHTML on the picture. The innerHTML contains HTML tags as well as the text. So, if we were to change an innerHTML by adding a new paragraph to get_me div we would do something like this:

🙏 THANK YOU FOR READING!

Please leave the comment, tell me about you, about your work, comment your thoughts, connect with me!

☕ SUPPORT ME AND KEEP ME FOCUSED!

Have a nice time hacking! 😊