Flutter is a cross-platform UI framework for dart which provides features to develop mobile apps. Elegant and astonishing apps can be built with Flutter.

Flutter renders the code written to the screen of the device in the form of widgets. It can be a desktop, a mobile, etc. Device screens are the canvas for our app on which Flutter paints the widgets and sums up to a fully-fledged app.

But that's not only what Flutter does. But just displaying widgets is not the only thing Flutter does. Behind the beautiful UI, there lies the logic of how the app will work.

In this post, we're going to explore the understanding of how Flutter manages to provide such amazing apps. 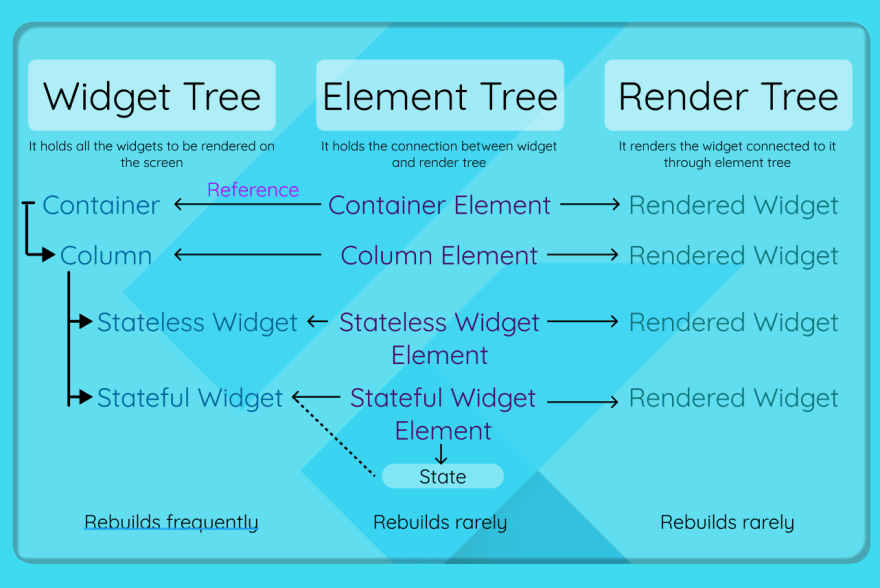 As per the image, we can see that there is some variation in the linkage between the stateful widget and its corresponding element.

The element is connected to the widget as well as the state. Now, what exactly is a state. 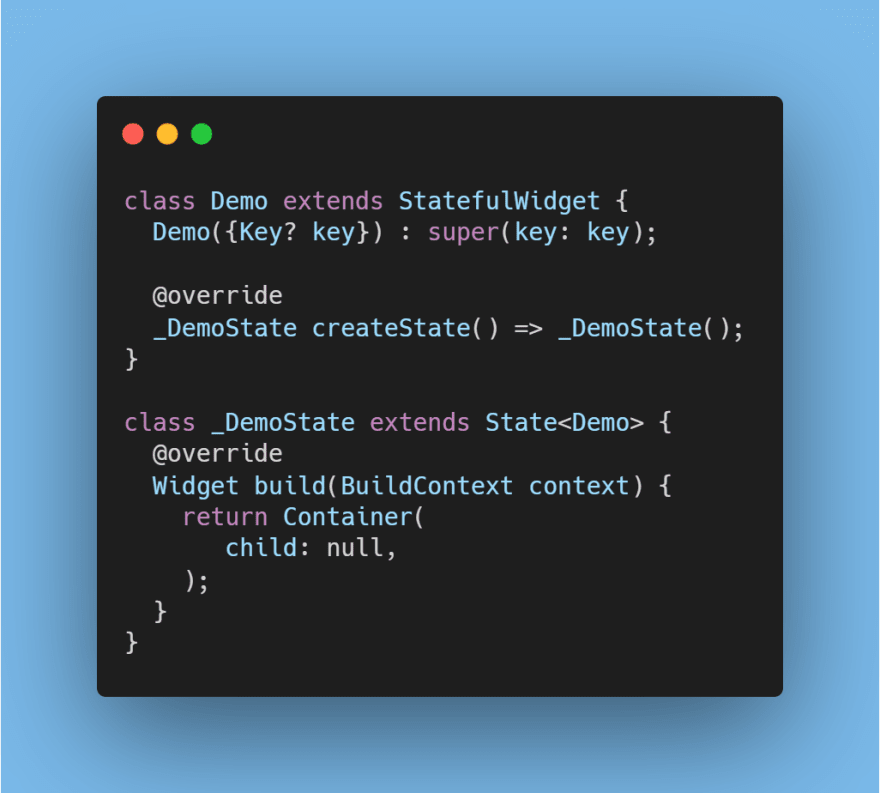 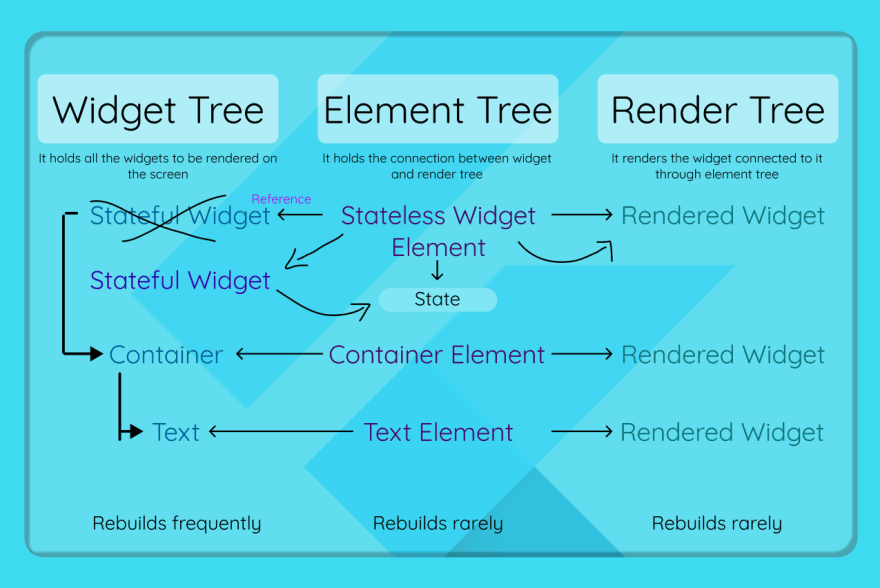 In this case, the scenario differs. It depends on the current state of the widget. Let's dive deep into it.

So, this was all about behind the scenes and how flutter manages all the rendering and updating of widgets.

Once suspended, dhruvilp will not be able to comment or publish posts until their suspension is removed.

Once unsuspended, dhruvilp will be able to comment and publish posts again.

Once unpublished, all posts by dhruvilp will become hidden and only accessible to themselves.

If dhruvilp is not suspended, they can still re-publish their posts from their dashboard.

Once unpublished, this post will become invisible to the public and only accessible to Dhruvil Patel.

Thanks for keeping DEV Community 👩‍💻👨‍💻 safe. Here is what you can do to flag dhruvilp:

Unflagging dhruvilp will restore default visibility to their posts.