So participated at my first GovHack a few weekends ago. It’s an event where a whole bunch of people rock up, divide into teams and develop something useful within 48 hours using datasets released by the Australian government.

It was my first hackathon, so I didn’t really know what to expect. But having been though it now, I can safely say it’s an intense, gruelling but ultimately very rewarding experience.

For one thing, events like this demonstrates that for the most part, people do genuinely want to make a difference. I mean, while many people like their jobs, most of us have them to pay the bills and in a lot of ways, we don’t actually have a lot of say in terms of the contribution we make to society.

But what would you do if you didn’t have to pay the bills? Would you still do what you’re doing for free? I can’t say most of us would. However, given the turn out to govHack (competitors and volunteers alike) and the spirit of the event - it demonstrates that if we didn’t need to take care of ourselves, most of us would still choose to take care of others, to try to make a difference in our own chosen way. And that’s kind of a nice thing to be part of - it’s a nice vibe.

The other thing about govHack that makes it what it is - you’re pretty busy. You code, you sleep, you code, you sleep… occasionally they give you food (yes food and drink was provided free!). But it’s very different to normal work. There are no specs or code reviews or stakeholder meetings. Not saying these things are bad or unnecessary - just that it doesn’t happen in a hackathon - it’s basically just a race against the clock - and you care about delivery above all else.

So it’s an adjustment - you find myself thinking things like “mmm well I could structure this code intelligently, making it easier to read and maintain… or I can just write this hack” and you find yourself doing the latter. You feel a little dirty but you do it anyway cause it’s quicker.

But the result is you do develop something really quickly - it may not be perfect, but it demonstrates a concept. I guess the point is if it turns out there’s potential, you go back and put whatever bells and whistles on then. And if it doesn’t - well it’s just 48 hours.

I worked with my colleague Jonathan Moffatt and we decided to build an energy calculator using a dataset of appliance and their energy ratings. We used Meteor - which is a JavaScript framework we were already familiar with, having developed WebStandup with it at the start of this year.

I admit our idea wasn’t a particularly sexy one – other teams had loftier plans – using artwork and images or geospatial data provided from the various APIs to mash up more dynamic and visual products. But we believed it had utility. You tell us what model appliances are in your house and we do the math for you and tell you how much money you’ll save if you upgraded it.

More importantly, we believed based on our existing skill set, we could produce a working model in 48 hours. Achieving that goal was very important for us. There was a lot of work – working out the formulas (still don’t quite understand how logarithms work) for a start, but coding is a lot like driving a Ferrari though the city. When it’s good, it’s sweet and you’re blazing through and it takes no time at all. But you're not going anywhere fast no matter what car you have come rush hour. When you code, you just come across things that didn't seem like would be easy to do - but it’s not – and it takes you forever to do this one small thing. That’s why software development costs are so hard to estimate – because in theory, it shouldn’t take that long. It’s the unexpected issues that take the most time. We ended up finishing our product and making our video with an hour to spare on the Sunday. 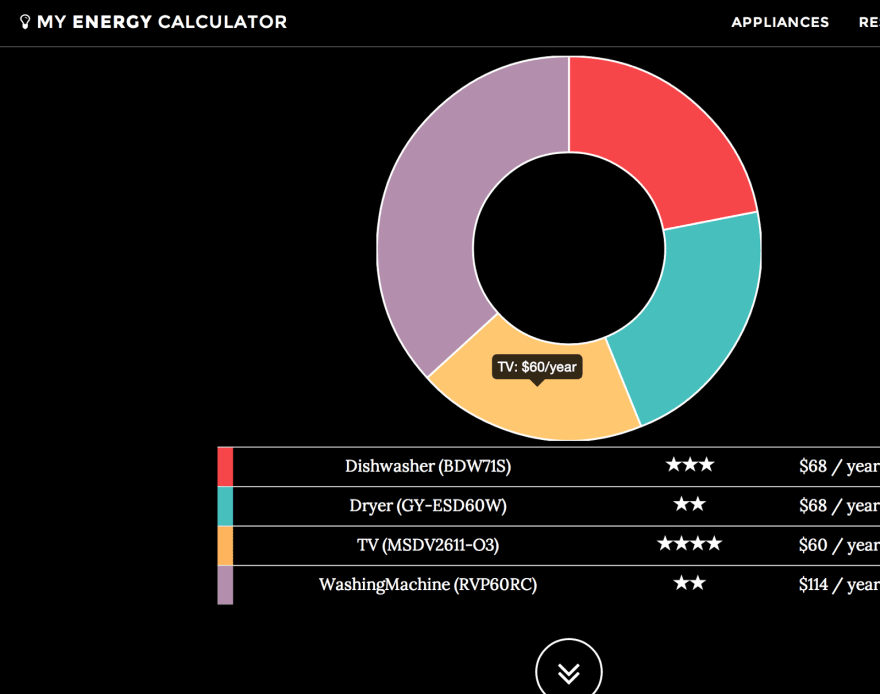 So GovHack was a really great experience for me. It put me out of my comfort zone and taught me that building something quick and dirty is actually an important skill too. To be able to define an MVP (minimal viable product) that tests if an idea has merit and to be able to build it quickly - it’s not easy. I think I’ll need to do a couple more hackathons yet.

Anyway, this is our Youtube video, and this is our Energy Calculator. Let me know what you think (oh and you can vote for us here). Beyond GovHack, we’re thinking at some point, we might polish the site up and maybe add some of the features we weren’t able to get to (eg. giving the user product recommendations for appliances with better efficiency).

Wai Liu
Been in IT a long time, and a geek at heart. Love getting to mess around with new tech. Right now, my interest lie in the Azure and Power Platform space.
What was your win this week?
#discuss #weeklyretro
Can I get some portfolio feedback.
#webdev #programming #career
Array cheatsheet Javascript
#javascript #beginners #webdev #productivity