Hi, is anyone still there? I haven't wrote an article on here in a while, due to interviewing and landing my first Software Engineering job (blog post about that later)

In my career transition, there has been a lot of things I have learned and a lot more I still have to learn and one of those things is Intellectual Property.

That dreaded line, is something that's not talked about in many blog posts, bootcamps and maybe even in university classes.

Do you know who really owns your code?

So for the past few months, I have had the opportunity to work alongside an incredible woman named Bria. She's a Software Engineer @ Google, amongst many other things including the founder of Tech Stack'd.

Tech Stack'd is an online community for underrepresented adults who want to advance their careers in tech, whether that’s through starting a tech company or joining a technical career like software engineering.

This month, Tech Stack'd will be hosting a workshop on Intellectual Property with David Leichtman. David Leichtman is the Managing Partner of trial law firm Leichtman Law PLLC, formed in April 2017 after practicing for over 20 years in large law firms. He has tried a variety of complex matters in federal and state courts around the country. Recent trials Mr. Leichtman has first-chaired have involved: copyright ownership, infringement and validity claims. 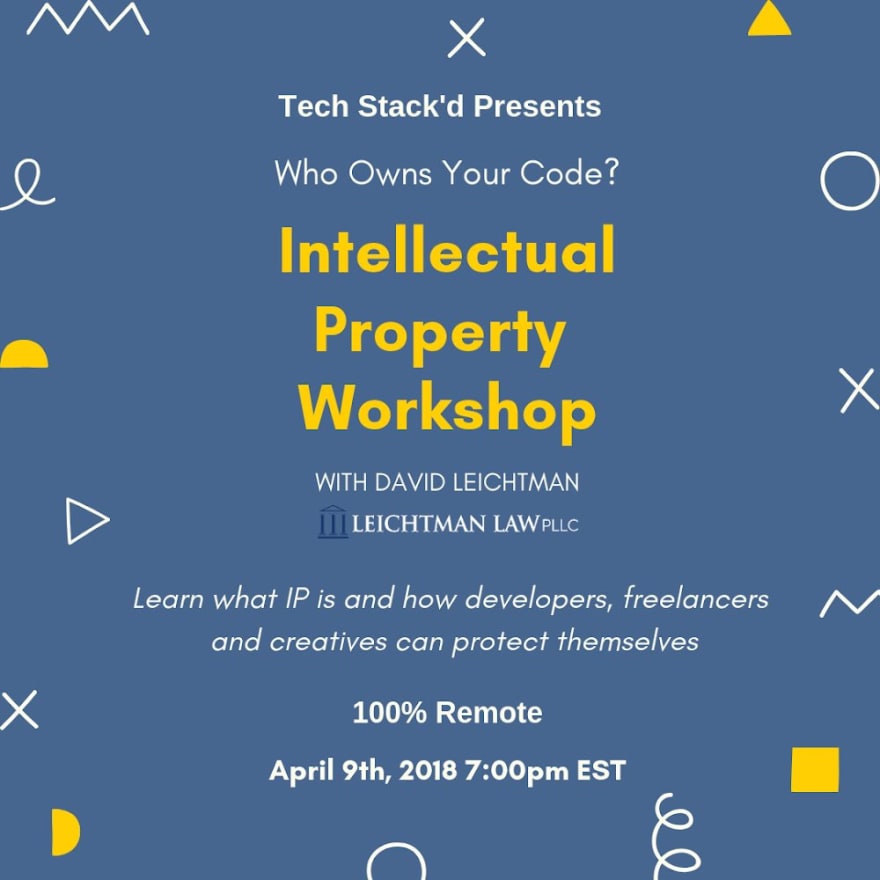 In this workshop, we'll go over:

This workshop will teach developers, freelancers, and creatives what Intellectual property is, how to know and understand your rights, common IP mistakes and so much more!

Once suspended, donita will not be able to comment or publish posts until their suspension is removed.

Once unsuspended, donita will be able to comment and publish posts again.

Once unpublished, all posts by donita will become hidden and only accessible to themselves.

If donita is not suspended, they can still re-publish their posts from their dashboard.

Once unpublished, this post will become invisible to the public and only accessible to Donita.

Thanks for keeping DEV Community 👩‍💻👨‍💻 safe. Here is what you can do to flag donita:

Unflagging donita will restore default visibility to their posts.