This week's "yak shaving" project was updating a library dependency in across several large .NET solutions in a monorepo. It took about as long as we expected, but not for the reasons we expected - this is a tale about assembly binding redirects.

The library (Npgsql) was bumped two major versions, from 2.x to 4.x. The primary advantage of the update in our case was added .NET Core support, allowing us to incrementally port services in this monorepo over to .NET Core.

There were a few database queries that broke but overall the update seemed to go fine, tests were passing locally and on CI.

However, after merging and deploying the branch to one of our test environments, one of our projects started throwing errors on certain routes: 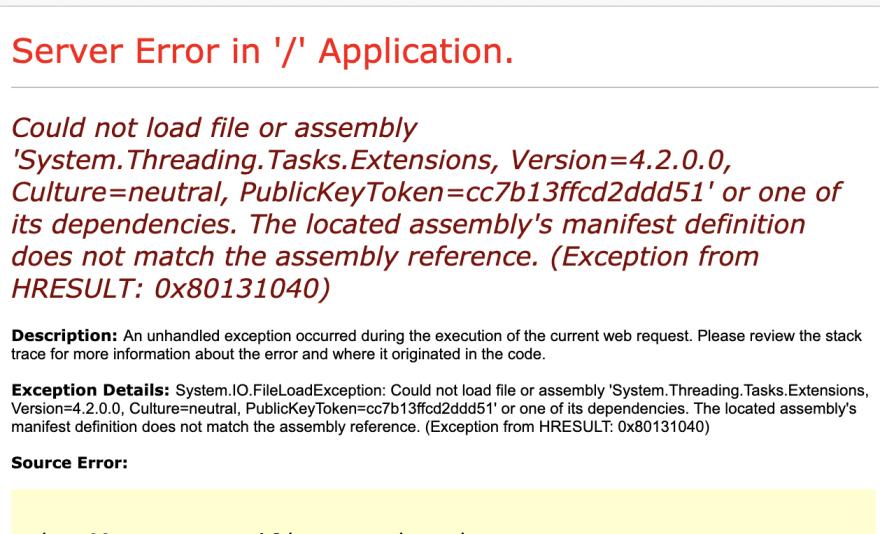 An updated graph of dependencies after the update:

The Npgsql dependency now targets netstandard, which means we can reference it via .NET Core and .NET Framework (legacy) without compatibility hacks. However, to accomplish this, some of the dependencies that were previously referenced in the installed .NET runtime are now referenced via NuGet packages. By convention, most of these are prefixed System. in the dependency list. 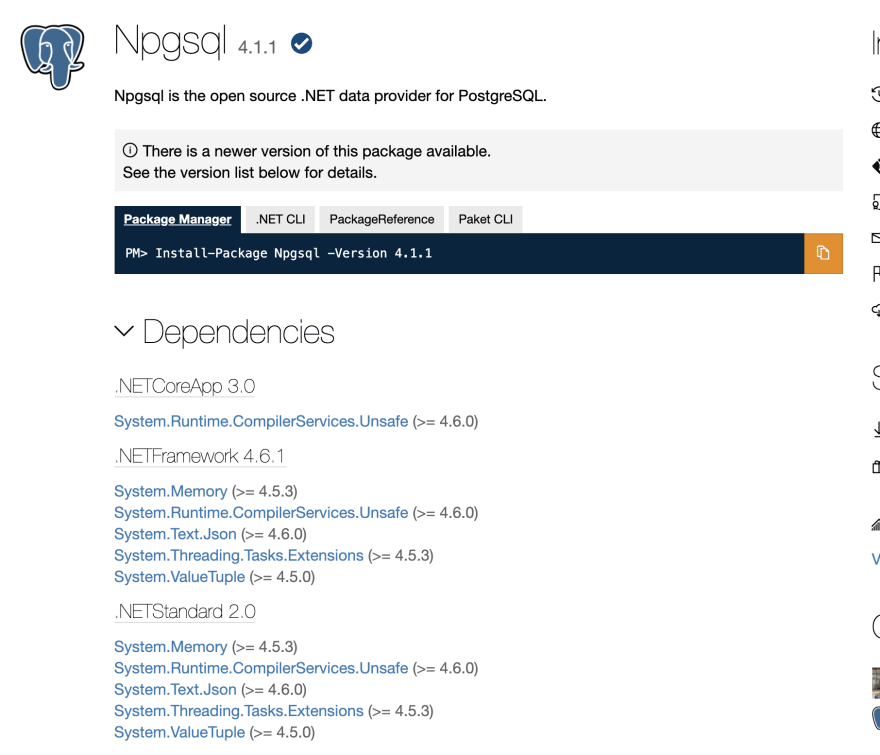 However, some of our other app dependencies already had references to these System. assemblies, but for different versions.

Confused? Let's talk a bit about how this works.

In .NET Core projects assembly binding redirects are not necessary, but many of our projects still run on .NET 4.8, also referred to as .NET Framework, or netfx.

To complicate matters further, not all assemblies are loaded and checked at application startup. We found that only some of our server-side routes caused the Npgsql assembly to load, so building and running just the home route was not enough.

OK, so we'll update these bindings now that we know that the code crashes. But how can we know about this problem before running every possible route on our web app?

Our first attempt was to use the msbuild /warnaserror flag. With this switch, warnings will be printed for NuGet level restore problems (downgrade warnings), and binding redirects that are mismatched or missing entirely. More information here.

In our case, we could not use /warnaserror yet because we wanted to progressively roll out this validation, and additionally:

We ended up putting together a Powershell script to handle this. It has no dependencies and has been tested on Powershell 5. Check it out here if you're interested

The basic idea is this:

With increased confidence in our build tooling, we can be more proactive about moving shared projects to netstandard, and ultimately ship more projects using .NET Core.