To enable Web Monetization, you have to add meta tag containing your payment pointer to the HTML head of your app template. Example from Web…

I wanted to create something for the Grant for the Web Hackathon but I only have today and tomorrow to do it. I decided to take it easy and just learn how the Web Monetization API works out of curiousity—even if I couldn’t finish a project, at least I’ll be learning something new!

I spent half the day just reading articles and browsing existing projects. In addition to the documentation, the content that made it click for me were the series of posts by Emma Goto and the React Web Monetization library by Ben Sharafian. 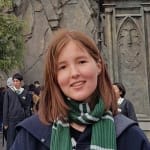 Setting up web monetization on your Gatsby blog (with RSS)

React component that lets you access the state of Web Monetization

When I was implementing and modifying code from Emma’s posts using the hook from react-web-monetization in a test site, I got the idea to publish my UI components in a package. With a published package, I can reuse the components in different apps more easily. Additionally, I have never made a React component library before—yet another fun new thing to learn 😎. Hence… this package.

What is this / what does it do?

The first component, WebMonetizedStatus, shows different content depending on whether user has Web Monetization enabled and running (= active) or not.

The second component, WebMonetizedPaywall, displays a “paywall” containing a call-to-action for non-web monetized users. You most likely want to pair this with react-web-monetization’s IfWebMonetized component (which does the opposite: render exclusive content for web monetized users). Note that you don’t need to wrap the paywall component in IfNotWebMonetized as it’s already been done for you.

Who is it for?

React developers and designers who…

Where can this be used?

Anywhere you can use React components, for example:

Example in a Gatsby site:

How do we use it?

Check out and try the live examples in the CodeSandbox, which contains example for:

That’s all for now!