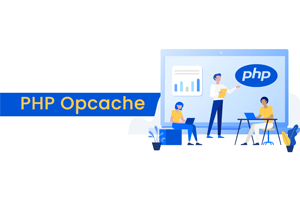 Languages ​​like Java must be packaged and compiled before they can be run online, for example, packaged into a jar package. C++ or C# can be packaged into a .dll or .exe. These packaged files are compiled files. After they are run, they will generally remain running, that is, they will become a resident process, and their code will enter the memory. When the program is running, there is no need to interpret or compile it, and naturally the speed will be much faster. OPcache also plays a similar role. It’s just that it’s not a complete set of compilation processes. We still rely on PHP-FPM to run scripts, but after opening OPcache, PHP-FPM will first look for relevant cached bytecodes in memory. If it is in memory, it will be used directly if there is any. If it is not, it will be interpreted and compiled again and then cached. In addition, OPcache is for files, that is, if a file is newly added, it will only be cached if it has been run. If it has not been run, it is not in the current shared memory.

The normal execution flow of PHP is as follows

Each time a PHP script is requested, the above steps will be executed. If the PHP source code does not change, then Opcode will not change. Obviously there is no need to regenerate Opcode every time. Combined with the ubiquitous caching mechanism in the Web, we can cache Opcode. , Wouldn’t it be faster to directly access the cached Opcode in the future? The flowchart after enabling Opcode cache is as follows:

Don’t be bigger, the better, the president takes up memory

How to build GitHub Actions in PHP with Minicli and Docker

ar414
Which one is a better TLD for portfolio & blog?
#watercooler #discuss
Apocalyptic: ☢️ If there where no more computers tomorrow, what would you do?
#discuss
What are the toughest communication challenges in software development?
#discuss #career