As web developers, one of the core components of our job is figuring out efficient ways to manage user’s data.

In Rails, Active Record gives us many ways for us as web developers to maintain and manage relationships between data points in Rails using its handy dandy ORM. It has a variety of endpoints when it comes to dealing with data, wrapping this functionality into objects that serve our purposes.

However, we need to really understand these tools before we can use them with the finesse that web apps need from time to time. A lot of the time, it’s easy to let Rails abstract away the magic of ORM and creating relationships between data, but what if we want to really understand what Rails is doing under the hood? 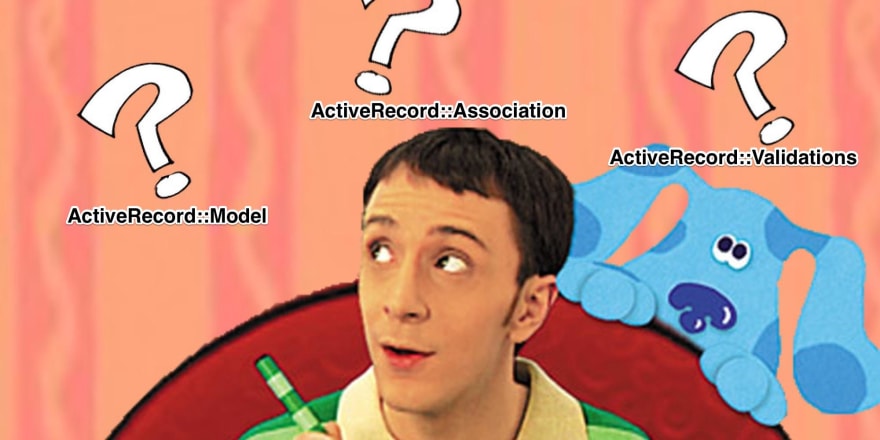 This post will address ActiveRecord::Association and outline how relationship methods are generated in this framework.

This post will assume you have a basic knowledge of these relationships.

Most of us are familiar with these methods in some way shape or form in Rails. But what really happens under the hood when we add these lines into our Activerecord classes?

When Rails is booted up, ActiveRecord Models are loaded into memory and a little metaprogramming magic begins. When a Model contains one of the above methods, a series of methods are fired to construct methods that address these relationships. Consider we have two models, User and Post.

The main way we manipulate the relationship between these two models is using the accessor methods that are given to us by these models. These accessor methods are built in Rails through a chain of events - let’s look at some of the methods in that call stack.

So, a lot is going on here - it’s ensuring the method names are okay, defining some things, general rails shennanigans. Let’s focus on define_accessors. A reflection in Rails is an object that allows the system to determine what type of associations that object should have (it’s not a huge focus for the purpose of this post). This will generate things like post.user and user.posts=. Let’s check out that method, also in this Association class:

As we can see, we break down the defining of readers and writers here. These methods look like this (we’re still in the same class):

A little bit of metaprogramming here - these methods define a new method on the class in question. The reader method will return either a CollectionProxy which contains data about a set of objects (for non-singular associations), or the object itself. The writer method that is being called actually delegates to a replace method, as seen below:

Now, the replace method and the rest of the call stack gets pretty complicated from here (and isn’t the purpose of this post), but just know that the replace method eventually delivers a query to your database to update ids and reflect the proposed changes you’re making in the database.

At its core, it’s some relatively simple metaprogramming which is being used to create all of these methods. Of course, the inner details can get quite complicated (what does a Reflection do, exactly? how are these things differently handled between singular and collection Associtations? ), but the main idea of this metaprogramming is easy to follow.

Hope this clears up a little bit of the mystery from the magic of Rails!

A checklist for setting up a cloned rails application locally

Once suspended, farisj will not be able to comment or publish posts until their suspension is removed.

Once unsuspended, farisj will be able to comment and publish posts again.

Once unpublished, all posts by farisj will become hidden and only accessible to themselves.

If farisj is not suspended, they can still re-publish their posts from their dashboard.

Once unpublished, this post will become invisible to the public and only accessible to Jake Faris.

Thanks for keeping DEV Community 👩‍💻👨‍💻 safe. Here is what you can do to flag farisj:

Unflagging farisj will restore default visibility to their posts.