This blog post is a living document of sorts, where I'm going to document my journey to finding the right issue to work on for Release 0.4. So, to that end, I'm going to take a look at all the projects David linked me and try to find something important to work on.

This week we got our first glimpse of what Release 0.4 would look like.

Due December 11th, the requirements for Release 0.4 are simple: do something larger than we've ever done before. Examples were a feature, a number of bug fixes (like 3), or a large bug fix in a large repo.

That's a lot to choose from and I think it's a great way to step up to another level in our open source journey.

What would I want to work on?

Ideally, I want to make a meaningful contribution in the form of a feature to a project. I think that's the next step that makes the most sense to me.

So far my experience in working on open source projects has been in fixing bugs or adding a feature that was meant to already be there like in MHTimer, cleaning up code, or moving from one type of authentication rule to another like in Telescope. I don't feel like I've contributed to a project in a way that I can be really proud of. Not to say I don't think my contributions so far have been good - I think they've helped me learn to get immersed in different code bases and styles and trace sequences of code through different modules and all that. And that's useful! But I really think adding a feature would round out my knowledge and give me something I can be really proud of, which is what I want to get out of this class.

This brings us to colorblindness, weirdly enough. 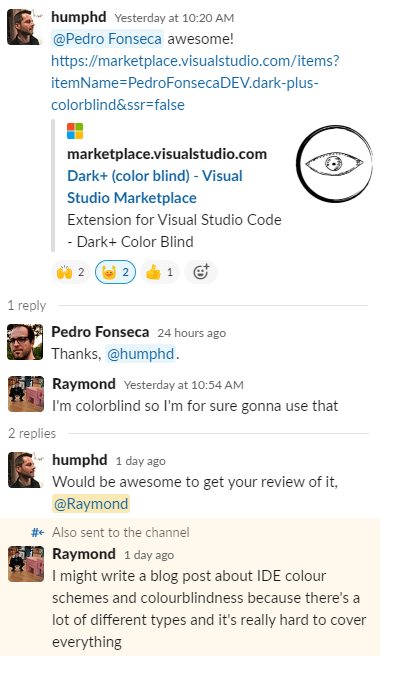 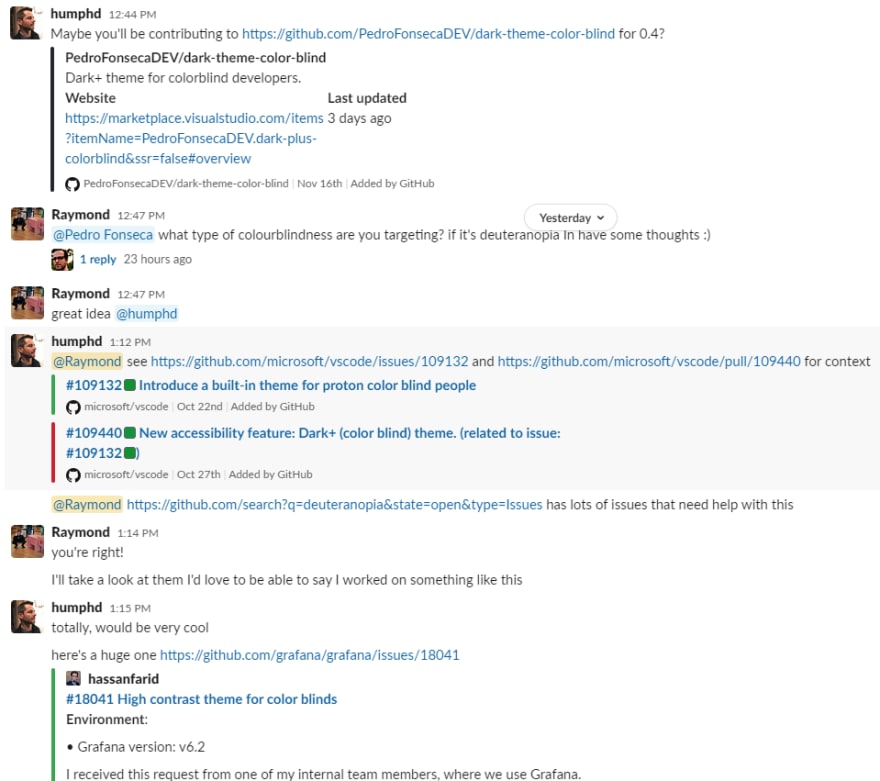 I don't find colorblindness to be a thing that defines me and I think acting like it is would be in poor taste toward people with more inhibitive accessibility issues, but I think as someone who's affected by deuteranopia, I can give some insight into how some IDEs highlight their code and how it can be exclusionary to colourblind people. And how to fix it!

For example, I can't tell the difference between these two colours unless they're blown up. 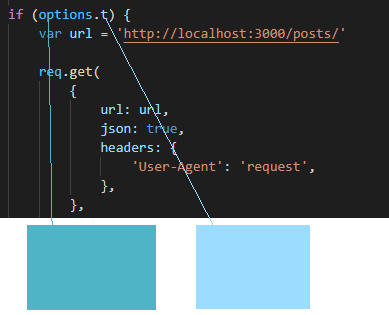 A high contrast vscode theme would greatly help someone like me - unfortunately, there's little to no extensions that do this.

If you're also colourblind, please check out https://marketplace.visualstudio.com/items?itemName=PedroFonsecaDEV.dark-plus-colorblind&ssr=false#overview and give him all your feedback.

So, keeping in mind that I want to work ona feature for an app, I thought I would go through some of the old repos that I've worked on in the past. I found this issue in the MHTimerBot

Loot Plurals should be squashed some of the time #212 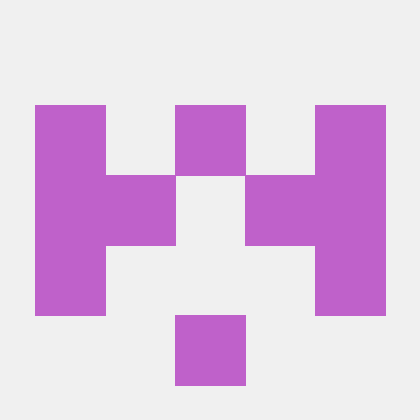 searchByItem now returns singular and plural names for loots. So a search for "cloud curd" matches cloud curd and cloud curds. They both point to the same time but the result menu makes it look like there are two matches.

While I'd like to work on it, and it's not labeled a bug, I think I would consider this a bug and would therefore probably not be in my purview of work. However, I think if I really wanted to, I could work on this and be fulfilled in some way. so it's an option.

The issue above is another one I'm thinking of taking up, but I think it's already being worked on? Or perhaps in on hold - it's from 2018 after all. I wouldn't want to step on any toes but it's been so long that I think maybe it could be something I work on.

Announcing the Twilio Hackathon on DEV

Why JavaScript Is Lapping The Competition

PHPMailer: How to send Emails in PHP