ℹ️ The explicit problem space mentioned in this article may no longer be an issue, but the concepts and practical tips discussed may still help you in other ways ✨

With Cloud Run now in general availability, you can now update to your deployment scripts. No longer must you call gcloud beta run, now you can use just gcloud run!

And if you've been running Cloud Build with --config, you might be using an older version.

When Cloud Build steps run, they often use Cloud Builders -- specially crafted docker containers. If you've already used one recently, it may be in your registry cache. This makes your builds faster (since it doesn't have to re-download the image), but it won't automatically get a new one if it exists.

To fix this, you'll have to specify the exact version of the image you want to use.

The information for the cloud builder in our case can be found by going to http://gcr.io/cloud-builders/gcloud. This automatically redirects us to a nice long view of the most recent image. This image updates nightly, so we can just grab the latest SHA and force our script to use that. 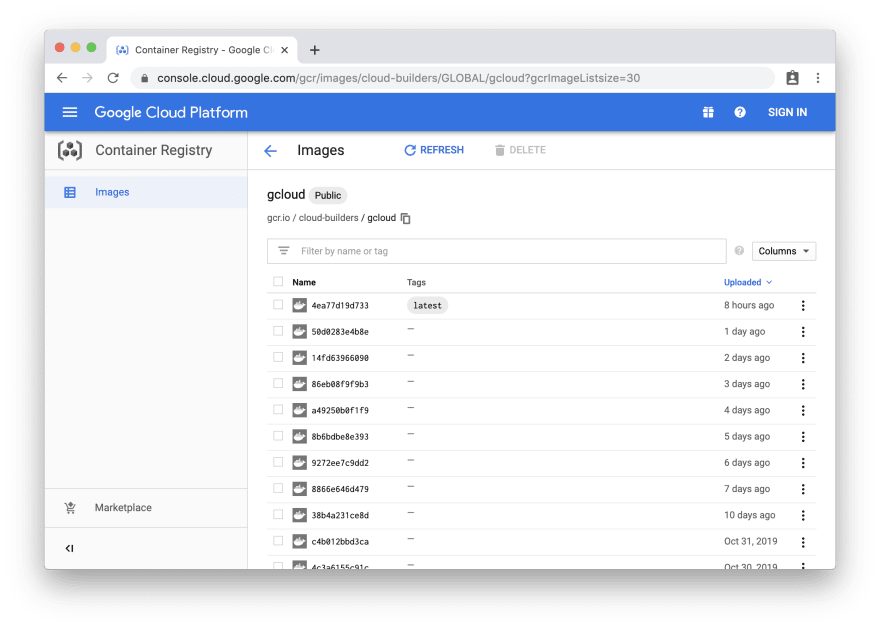 The image listing for gcr.io/cloud-builders/gcloud, at time of writing

What we'll end up with is a step in our cloudbuild.yaml which looks something like this:

You can always test the image by running a version check directly with Docker.

📝 Be sure to also gcloud components update to get the latest version of gcloud locally!

How to write a for loop in Javascript: a too many ways guide

What a potent Email can do: How to evoke the full power of a highly capable team

Once unpublished, this post will become invisible to the public and only accessible to Katie McLaughlin.