Hey everyone 👋 You know, most of my time as a beginner, I just used to write plain CSS and never really think of what happens next! Like, how can we finetune our designs so that it's compatible with any type or versions of browsers out there as well as load up faster than always? Wouldn't that be cool? 🤷‍♂️

Hell yeah, that would be cool. 😎 So this is gonna be about fine-tuning your css designs in a manner that would make your pages load faster 🚀 as well as make your designs all browser compatible. 💻 And by all means, make your CSS production-ready for getting the best out of your CSS. 🎉

We are going to install a couple of packages from npm, for which you need to have node installed. If that's not done, do it from here now. Also if you're dizzy, grab a cup of coffee and you're good to go. ☕

The dependencies that we are going to install (as devDependencies) are, 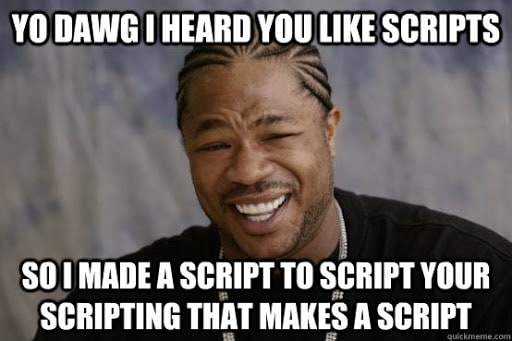 I'm going to show the scripts object down below (in package.json) and later on explain each one of it. You can refer to them if any of it doesn't make sense.

Before we explain, I want you to know we have our sass in sass/main.scss which will be processed and stored in css/ folder. (if you don't write sass, make two folders one as input where you've written css by yourself and output where the program is going to store the css files after execution)
P.S.: folder names are arbitrary

You can run these scripts by simply typing, npm run <your-command-name> to your terminal.

It's only if you write in Sass, you need this step otherwise skip it.🏂 This will just compile your sass code to browser readable css.

If you have your css in more than one file, then you'd probably want to combine them into one css file which is better for your browser which only would have to make one HTTP request instead of two.

P.S.: If you have just one file this step doesn't make any sense. So skip, but make sure your keep track of the trail i.e. which file is returned from which step and which one is being put.

This is the command with which your css is going to have vendor prefixes like -webkit-, -moz, -ms- and -o-, which otherwise you'd have to add manually.

Vendor prefixing is a way for browser makers to add support for new CSS features before those features are fully supported in all browsers.

How and why you would want to use CSS vendor prefixes in your website?

P.S.: While writing last 10 versions I faced an issue, which was because of the double quotes as it is included inside another double quote, so we need to escape this using \ before every double quote inside the main double-quotes.

This will reduce your css file size to a great extent resulting in faster page loads.

P.S.: You can choose to output the compressed css into another css file, like style.min.css which is alright, but you'll then need to add a link tag to your HTML to include this.

At last, you want to run all of this by running just one command.

FunFact: 😉 You can add --parallel after the package name in this to run all the processes simultaneously which is helpful in some places, but not here. Why? Because here, each script is like a function that takes a file as input and its output file is required in the next function/script, which isn't possible if they run simultaneously.

P.P.S.: All output files will be automatically created so we don't have to create them individually.

Finally, we've set up our build process which means your project is now one command away from being ready for deployment 🤘, which is npm-run-all build:css. So, in a nutshell 🥜, this process,

I love writing as much as learning new technologies. However, the truth is, the journey is never easy. And that is the only reason I write what I write, coz these were once the questions that I faced as a beginner and I want to help others who have the same ones that I did.

So I am curious about what difficulties or questions you once faced or are facing as a beginner? 🤷‍♂️ Reply in this thread, as we can all learn from each other.

A teen trying to figure out why it is the way it is. Freshmen. Friendly neighborhood #Javascript developer. Like making things and writing how I make 'em. ⚡

Tulsi Prasad
@heytulsiprasad
A teen trying to figure out why it is the way it is. Freshmen. Friendly neighborhood #Javascript developer. Like making things and writing how I make 'em. ⚡
location
BBS, India
education
Freshmen in Information Technology
joined
Oct 12, 2019
More from @heytulsiprasad
The battle between Mutable and Immutable data types
#javascript #beginners #redux
Visualizing the power of CSS Filters using Picturesque.css
#showdev #css #javascript #codenewbie