I have multiple laptops/environments where I code daily. I use a MBP, surface laptop, surface go and a mix of VMs.

Here is my go to list for tooling on a Windows Environment, updated for 2019 👇

This was released just over a month ago, but life is just so much easier when you have a nice font with ligatures enabled that you can use all over the place 😊🙌. I set it as the default font for all my IDEs, terminals, even Notepad!. 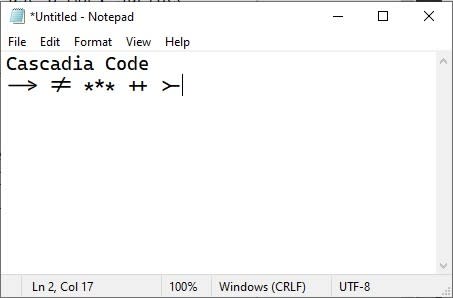 For me, it's no longer Win vs Linux vs Mac. You need to have it all, and you need everything in the same place.

WSL has been one of the greatest additions to Windows for developers. Right now I'm using WSL 1, early next year we'll see a lot of improvements with WSL 2.

Git Wha? 🤔 Yeap. When dealing with Git on windows I use the Git Bash terminal, it's really cool and you can customize it heavily. This is how mine looks like 👇

This could not come soon enough, finally we have a respectable terminal for Windows that we can customize and use everyday 👏

If you remember the original Power Toys, then yes, you too are getting old.

So, I guess I'm getting old, I do remember when we had Windows Power Toys

It's still in preview, but it's great that they are bringing this back, I already using the Fancy Zones layout for my day to day workflow

Wow, there is so much to say about VS Code that I could write a whole series on it. Instead I'll just focus on the extensions that make my world run a lot smoother 🌎🤘.

Last, but not least, Visual Studio 2019. It's such a beast, there is no other IDE like it. Currently I enable the following workloads when installing 👇

Feel free to leave your suggestions below in the comments.

Why computing DORA metrics is hard

Dagger and CUE, the new kids in the block