One at a time

Code is executed to achieve a purpose. Usually it's run as a series of steps, eventually leading to a final result. Each of the steps take some time to execute, and running them synchronously, one after the other, can take a significant amount of time. 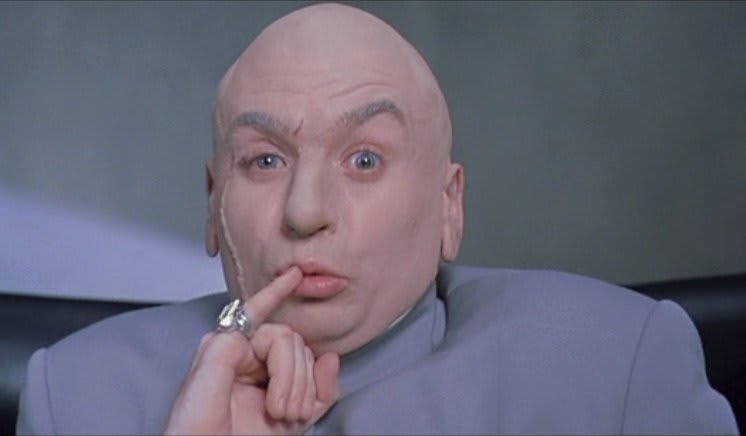 Say you're a Doctor of Evil - a Dr. Evil if you will. And you want to run a successful criminal enterprise to take over the world; maybe you're looking to make One Million Dollars... Would it be the most effective way to run all of your plans one after the other?

The first thing you'll need, as an evil mastermind, is of course an Evil Lair.

After you build your lair, you're going to need to hire some henchman.

And of course, you'll need to create a mini clone of yourself.

Once all of this is in place, you can start working on your Super Evil Plan!

And let's not forget threatening world leaders with your Super Evil Plan and ransoming One Million Dollars.

Finally, when everything has been completed, we can achieve World Domination.

Putting our plan together,

Many of the steps in such a synchronous plan can be executed in parallel, asynchronously. So how is this done?

First, all the methods will be made asynchronous with the async descriptor, and their executing code will be awaited.

Awaiting asynchronous code, the awaiting code is processed asynchronously, and the code following the await is added as a continuation to the await. The continuation will be run after the code being awaited has run its duration and been successfully executed.

Clearly this is a mess. Everything is happening at once. It's really fast - only dependent on the slowest method (6000ms). It's obvious that some calls are dependent on others. Now we need to synchronise them with each other.

So, as an Evil Mastermind, which tasks would you run and in which order?

First, we need an evil lair. After that we can hire some henchman and create a mini clone of ourselves. Then we can come up with a Super Evil Plan, after which we can make One Million Dollars and achieve World Domination.

So remember, next time you want to become an Evil Genius consider asynchronous execution and some time. If it's up to those darn super spies, every second counts!

Once suspended, htissink will not be able to comment or publish posts until their suspension is removed.

Once unsuspended, htissink will be able to comment and publish posts again.

Once unpublished, all posts by htissink will become hidden and only accessible to themselves.

If htissink is not suspended, they can still re-publish their posts from their dashboard.

Once unpublished, this post will become invisible to the public and only accessible to Henrick Tissink.

Thanks for keeping DEV Community 👩‍💻👨‍💻 safe. Here is what you can do to flag htissink:

Unflagging htissink will restore default visibility to their posts.