Scope and scoping is one the fundamental topics that every Javascript beginner makes mistake on.

Scoping basically answers the question “where can we access a certain variable or function?”

In JS, each function creates a scope - _this is the space or environment in which the variables that it defines are accessible. In other programming languages, scopes can also be created by if/why/for blocks, but that is not the case in JS. Here in JS, the only way to create a new scope is to write a new function - this is very important in JS.

Note that this does not work backwards. The global scope will not have access to the variables b or c unless they are returned from their functions. Locally scoped variables are not visible to their
parent scopes. The scope chain only works “upwards”. How this works is that in the creation phase of each execution context object, the object gets the exact scope chain, which is basically all of the variable objects that the execution context has access
to. 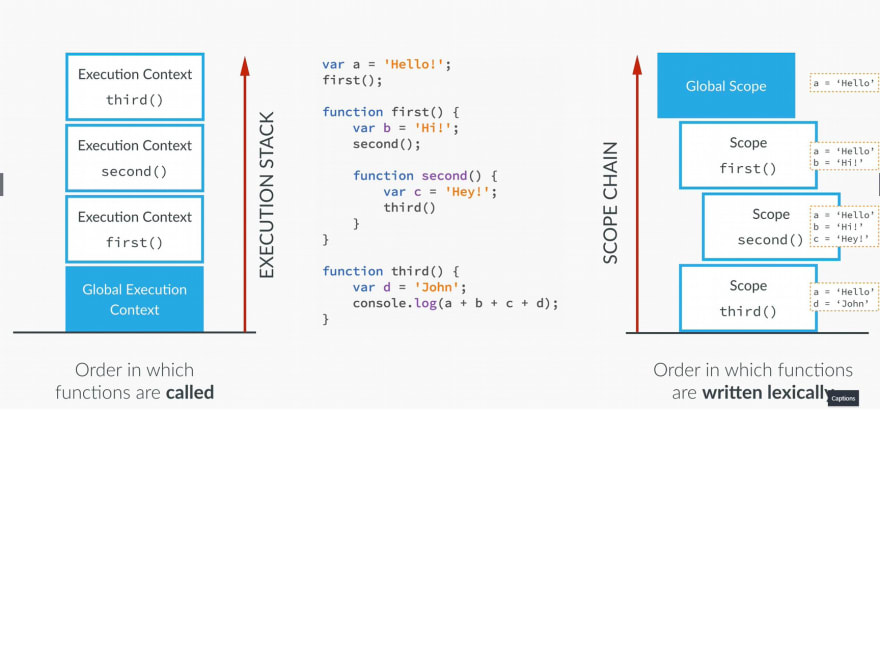 Here is a visual example of the difference between the execution stack and the scope chain. Note that we indent scopes to show which are contained in which “levels”. The third() scope here is contained within the global scope but since third() is not contained lexically within second() or first() then it does not have access to the scope of these functions - and thus doesn’t contain its variables, even though the third() function is called within the second() function.

A Step by Step Guide: The Writing Process to Use to Write Good Technical Articles

What is AWS Auto-scaling?

How to use Bitly to shorten URL with Laravel