I've been using a 2017 Macbook Pro for the past couple years. As I'm sure you've heard, it is a fiercely disappointing device largely due to its courageous lack of ports, flawed keyboard design, and astonishing sticker price. My personal machine is a 13" version, with 16GB of memory, no touchbar, and a 256GB SSD. When I bought it, upgrading to 16GB of memory seemed far more important splurging on processor speed or disk space. That's probably still true - but I've found myself endlessly frustrated by the tiny capacity of the SSD in my day to day work.

Roughly once every 6 weeks, my machine grinds to a halt as I run out of disk space, so I have to suffer through all the usual suspects for clearing up some room:

A new kind of purge

Last week, however, I came across a surprising new way to free up some disk space: clearing out node_modules directories.

Curiosity hit me, and I searched my mac for folders named node_modules. This is what I found:

Turtles all the way down 🐢🐢🐢

That last number was a bit of a revelation to me at first. If you're unfamiliar, node_modules contains a copy of each of the npm packages which you add to your project (with npm install or yarn add, etc) on projects which use node. Each of them are pinned to a specific version, which is typically specified in package.json.

This is where file and disk space bloat happen - the libraries you add to your project may each contain dozens of dependencies, each of which have dozens more, etc etc, all the way down to super basic node and C libraries which make up the fundamental building blocks of node.

(Mind you - This is oversimplifying things a bit - depending on how you set up npm or yarn, there is some optimization done here. If one version of a given npm module is required more than once by your dependency tree, it may only appear once.)

Actually, this was pretty easy to fix. I did a search for all of the node_modules folders under ~/src/**, and deleted all of them, right from finder (sorry, terminal apologists). I then emptied the trash on my mac, and I was 10GB richer. 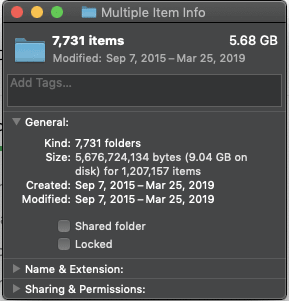 What did it break?

It's been a week since I've done this, and so far the only inkling of a downside is that when I revisit projects I'm actively working on, I need to run yarn install to recreate the node_modules directory there. I'm good with that.

Can we do better?

There is an alternative to npm and yarn called pnpm, which claims to be a "Fast, disk space efficient package manager". Its primary feature looks promising: 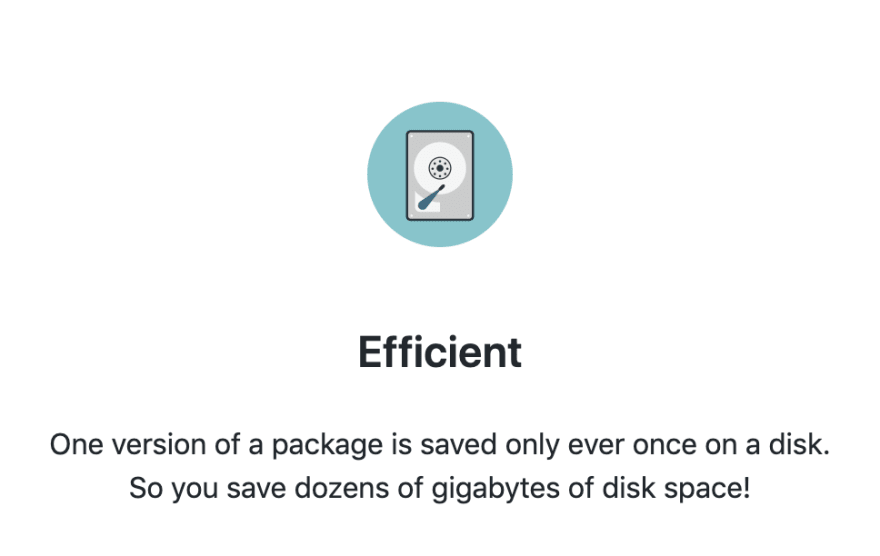 I haven't tried it yet, but will certainly be giving it a shot.

I think it's fair to say that this is a problem that the folks at npm and Facebook (who maintain yarn) are also looking closely at. My guess is that some healthy competition will improve this disk space nightmare... hopefully before I'm forced to buy a laptop with 1TB of storage. 🥳

I'm certainly not the first one to write about this. Some more great reading for you to check out, if you're interested:

How to handle gRPC errors in NestJS

Once suspended, irreverentmike will not be able to comment or publish posts until their suspension is removed.

Once unsuspended, irreverentmike will be able to comment and publish posts again.

Once unpublished, all posts by irreverentmike will become hidden and only accessible to themselves.

If irreverentmike is not suspended, they can still re-publish their posts from their dashboard.

Once unpublished, this post will become invisible to the public and only accessible to Mike Bifulco.

Thanks for keeping DEV Community 👩‍💻👨‍💻 safe. Here is what you can do to flag irreverentmike:

Unflagging irreverentmike will restore default visibility to their posts.