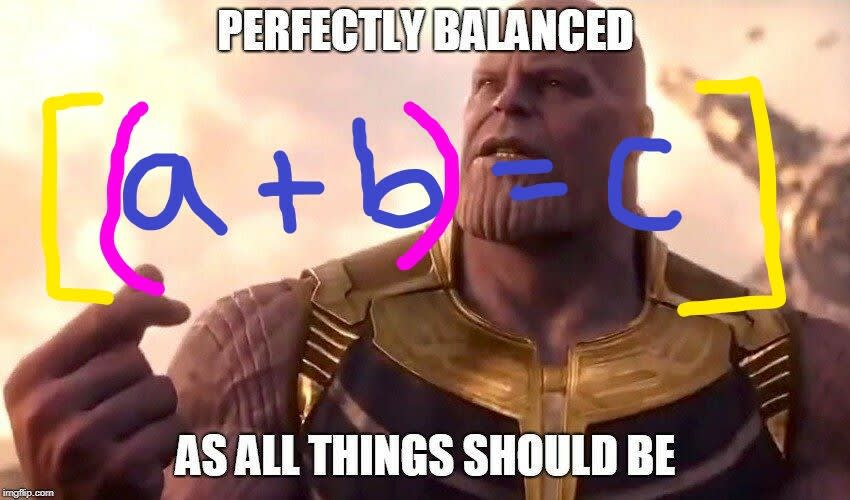 Back then when I started programming, I hated data structures and algorithms because everyone was saying how you wouldn't invert a binary tree in a real job and similar things. However, once I've learned it, I realized it's actually very helpful and made me think better as a developer. I realized I'm much more flexible in terms of coming up with a solution during development as well as when dealing with DSA.

Throughout our journey from first element till the last, we will store all opening brackets (be it angular brackets, square brackets, opening parentheses, and so on) inside a stack. In contrast, when we encounter closing brackets, we will not store them, rather we will pop an item from the existing stack and compare if both these elements are pairs ('<' and '>' are pairs, '[' and ']' are pairs). If yes, everything is good and the string is balanced. If no, the string isn't a balanced expression. I don't want to write so much which might confuse you so I'll show the code snippet in Java to solve this problem. Throughout the code snippet, I will write comments so you'll understand this solution better.

Compress any data in JS with LZP3 (very powerful algorithm).

Once suspended, ishakmohmed will not be able to comment or publish posts until their suspension is removed.

Once unsuspended, ishakmohmed will be able to comment and publish posts again.

Once unpublished, all posts by ishakmohmed will become hidden and only accessible to themselves.

If ishakmohmed is not suspended, they can still re-publish their posts from their dashboard.

Once unpublished, this post will become invisible to the public and only accessible to Mohmed Ishak.

Thanks for keeping DEV Community 👩‍💻👨‍💻 safe. Here is what you can do to flag ishakmohmed:

Unflagging ishakmohmed will restore default visibility to their posts.