Using Twilio’s Autopilot API, I made an SMS bot that integrates with the Guild Wars 2 API. Right now, the app leverages the GW2 API for checking the conversion rates for in-game currency conversion. Now that a proof of concept is up, though, it can be extended to do whatever the Guild Wars 2 API can do. I opted to have one reliable feature to demonstrate rather than have it do a bunch of things half well. 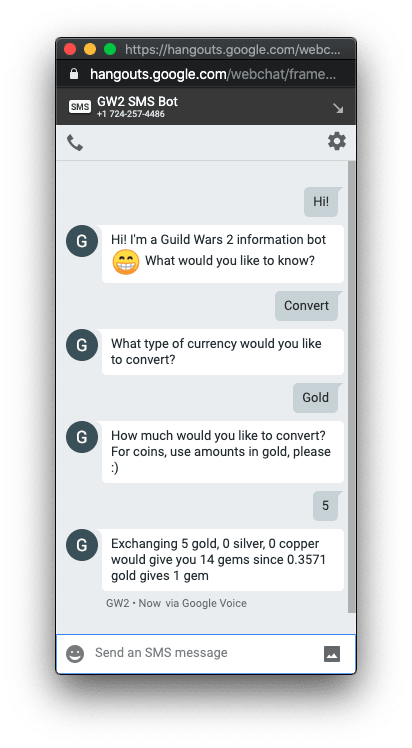 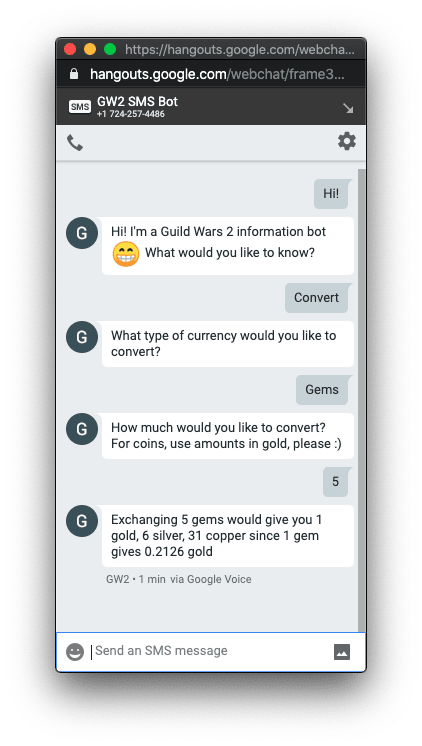 This chatbot uses Python and Flask to connect the Twilio API with the Guild Wars 2 API. It's hosted on Heroku, and you can talk to it via SMS texting.

How To Use It

How To Make It

Out of that, the only thing I’ve worked with before was the Guild Wars 2 API, mainly to get stuff like guild messages to display. It was new doing anything interactive, using Heroku over Netlify, and working with Python outside of schoolwork.

If you play Guild Wars 2 and want to request a feature, here are the APIs available:

Here are screenshots of the configuration in Twilio if you want to see behind the curtain a bit!

Setting up a Basic React.js Front End for your Rails Server

Create a multi step registration from.

Wake Up. Your Web Crawler is Down