Okay so I turn on my Xbox Tuesday night thinking, "I'm only going to hop on CoD so I can take a look at my load out and get all the material that I need to write a blog on it." WOW! Was I in for it! Much to my surprise and utter delight, the people down at Blizzard Activision decided to give us CoD players a Halloween event.

I want to start by saying that I really appreciate the work that the developers put into Haunting of Verdansk. You can truly see the time and effort that it took to make it and I love that! Now this event has literally had me screaming(my girlfriend too. At me though) with in-game stress-joy. For the event, the Cod Gods have added spooky menu music, a few limited time only game modes, creepy character and weapon skins, as well as an in-game scavenger hunt that unlocks a jack-o-lantern inspired Grau blueprint. You also get a free charm just for "participating in the event"(literally just opening the game).

As soon as you open your game up to the menu screen you can begin to enjoy. The music is what you'd expect in the background of a horror film. Disturbing beats with loud synth. Very creepy stuff.

This is a regular three person per team battle royale however this game mode takes place at dusk instead of the day time. 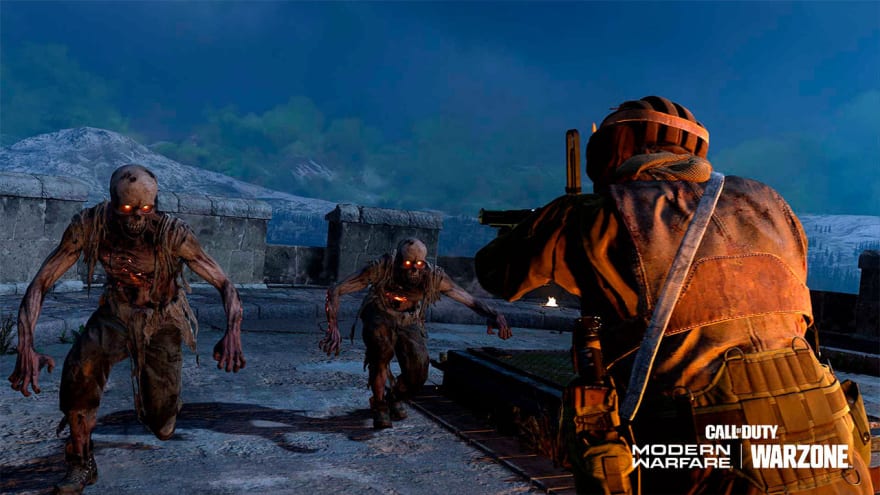 Now this is where it's at! The first I played I almost pee'd my pants, it was so awesome. The only down side is that you can only play with three people but I'd be more than happy to give one of my friends the kick for a round or two. This mode takes place at dusk just as trick or trios, however, instead of going to the gulag players respawn as zombies.

That's right! You can play as a zombie! In order to become human again you must collect antivirals from fallen players. The last team with a human player wins. Oh yea and did I mention that as a zombie you have awesome powers like super jump, immunity to poison gas, unlimited poison gas bombs and an EMP?! As a zombie you can still help your living team members kill enemy players and once you collect two antivirals you will drop back into the warzone with the load out you died with. Now you might be thinking that's unfair but your health as a zombie is quite low, which keeps the game balanced. I am in love with this game mode and hope to see it again in the future. It's absolutely CRACKED tho! Make sure your head's on a swivel.

For an easy-going price of 2,400 COD points or 20 bucks you can run around as the infamous Leatherface himself. Honest opinion this one's ok. I like the weapon blueprints much more than anything else. Skin's a little ugly for my taste but that's just me. Skin Crawler is a skin for the operator Velikan. 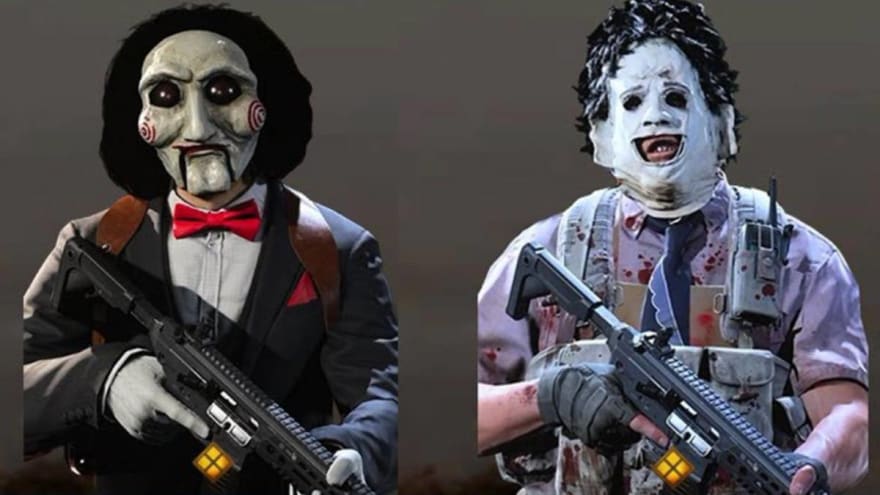 If you purchase the Saw bundle(like I did!) you can play as a life-sized version of Jigsaw's Billy doll. This bundle is so dope! I usually don't spend money on anything in-game but... I mean I HAD to. Just look at the Billy doll, imagine running around getting bodies looking like that and tell me you don't want it. I also think it's safe to say that most of the CoD community agrees with me because about 80% of people I see online have also purchased it. The skin is for the Morte operator.

The Trick or Treat or scavenger component of this event is one of the coolest aspects of Haunting of Verdansk. In each of the sixteen major sections of the map you must scavenge the crates until finding the charm, emblem or other goody for that area. If you like jump scares then you will love these boxes. The first one I opened scared the hell out of me, I seriously thought I was being shot at. And if that's not enough to let you know you've found the right one, the game will also display a banner at the top of the screen when you've found it. Once you've collected all 16 goodies, you are gifted with the Pumpkin Punisher legendary Grau blueprint(can't wait to get this thing). 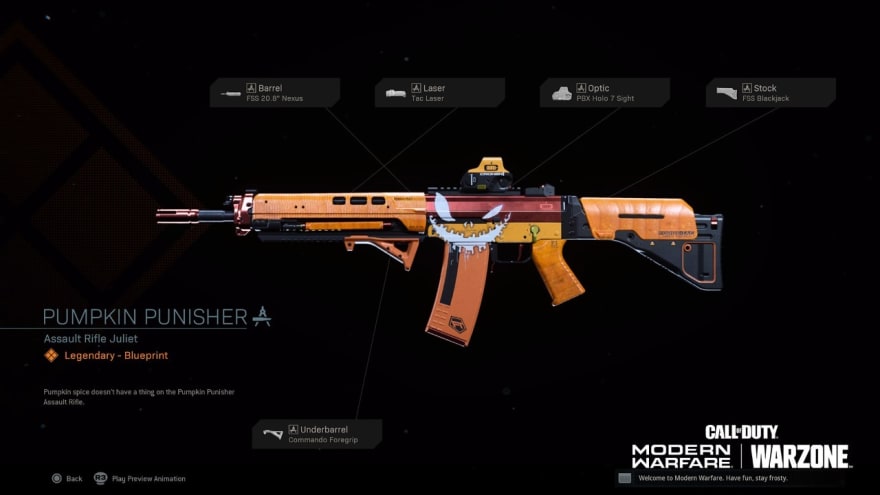 This event's the ishhh. There's not much else to say about it other than that I haven't even covered everything that's available. I am absolutely loving it so far and am very excited for more events like this in the future. Thank You Blizzard Activision!

Why are you still reading this?
HOP ON COD!!!

universal data science template for python and jupyter (for now)

What is the Jamstack?

Jesse Franklin Charles Vaughn
The next language that I should learn
#explainlikeimfive #go #programming #discuss
What is your approach for learning a new tech?
#webdev #watercooler #beginners #productivity
What's your favorite dev.to merchandise? 👚☕️🎽
#discuss #watercooler