GamePage is a web app built in Rails and JavaScript that lets two players play the classic board game "Reversi" aka "Othello". The basic premise of the game is to place tokens on the board. When placing a token, you attempt to also swap any opponent's tokens that lay between your placed token and your other tokens with your own.

Players take turns placing tokens, until the entire board is filled. At the end of the game, the player with the highest amount of tokens on the board wins. Watch Triple S's video "How to Play Othello" to learn more.

Once a player wins a game, their score is recorded to the database and the players have the options of playing again.

GamePage is split into two repositories, frontend and backend:

GamePage is served by a Rails API that responds to HTTP GET and POST requests and returns a JSON response. The front end Document-Object Model is manipulated by JS scripts that run with a successful fetch response, so the frontend user experiences a seamless single page application.

To access the main menu, a User must log in. They then are presented with a choice of options: Play Reversi, Leaderboard, and My Scores. 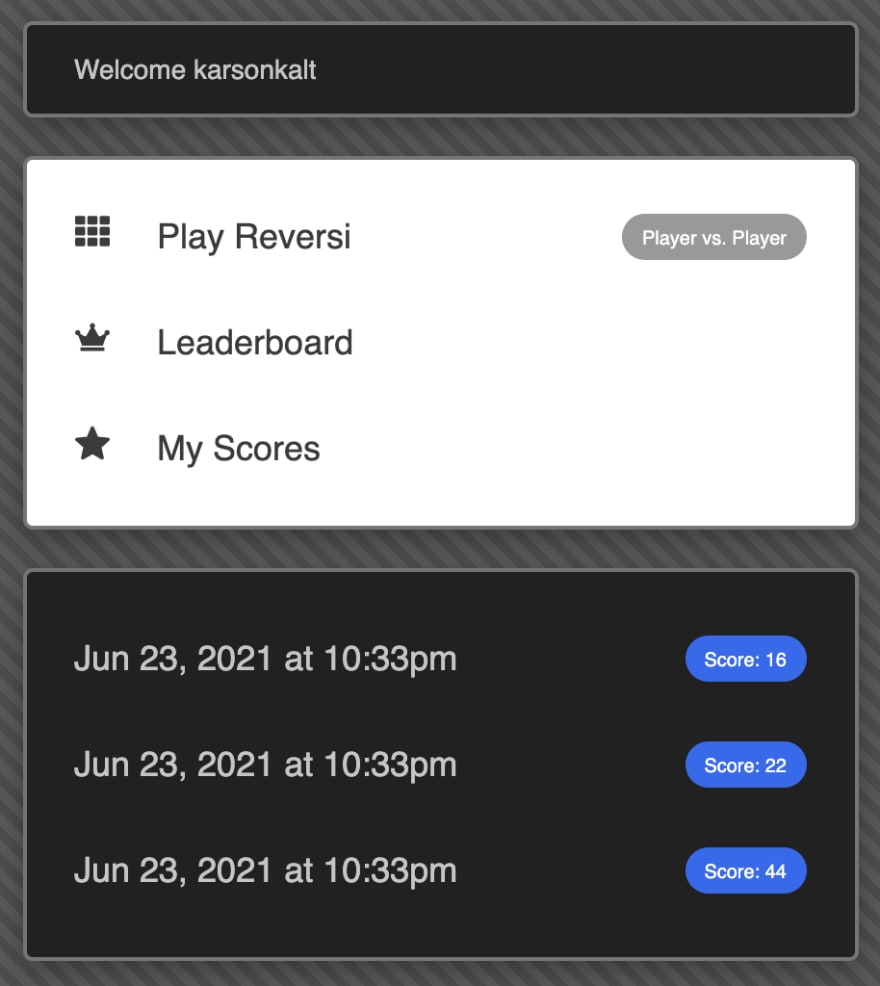 Choosing My Scores makes a fetch call which routes to the ScoresController's index action and returns an array of JSON objects which are then mapped into Score objects in JS and rendered on the page.

Similarly, choosing Leaderboard makes a fetch call to the rails server and returns an array of JSON objects which are mapped to JS User Objects. 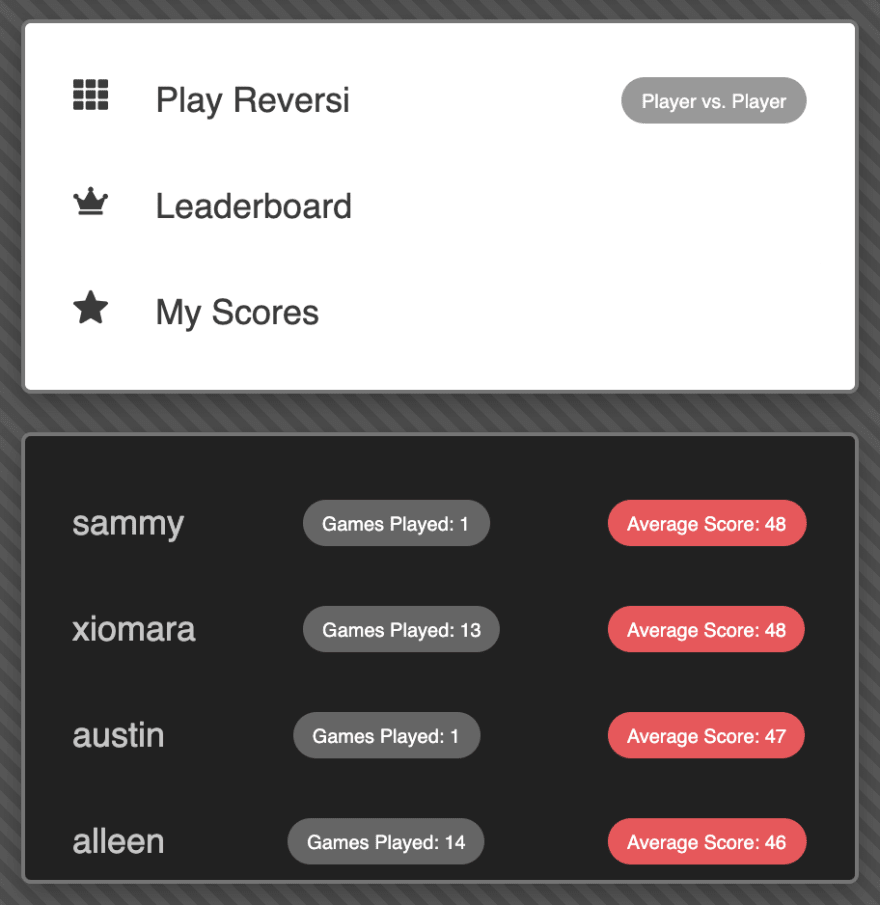 To begin playing a game, another User must log in and to access the same Board. Once the front end receives a response from BoardController, a board is rendered on the front end. Each user then takes turns placing tokens by making POST calls to the BoardController's play action.

If the POST call returns an invalid move, the turn indicator shakes and allows the User to try again. If the move is successful, a JSON object is returned with each cell that needs to be updated.

The front end of GamePage is made up of two main js directories: components and services. While components holds each object and object methods, services holds objects that are explicitly responsible for fetch requests.

To increase the speed of fetch requests and reduce workload of ActiveRecord, I used the .includes method to specify relationships to be included in the result set. If I can tell Active Record about the associations I plan to use later, ActiveRecord can load the data eagerly which reduces queries in iterative methods.

Feel free to check out GamePage on my Github or give me a follow on Twitter to continue following my coding journey.

GamePage does not have any npm dependencies, full npm data can be found in package.json.

Once suspended, karsonkalt will not be able to comment or publish posts until their suspension is removed.

Once unsuspended, karsonkalt will be able to comment and publish posts again.

Once unpublished, all posts by karsonkalt will become hidden and only accessible to themselves.

If karsonkalt is not suspended, they can still re-publish their posts from their dashboard.

Once unpublished, this post will become invisible to the public and only accessible to Karson Kalt.

Thanks for keeping DEV Community 👩‍💻👨‍💻 safe. Here is what you can do to flag karsonkalt:

Unflagging karsonkalt will restore default visibility to their posts.