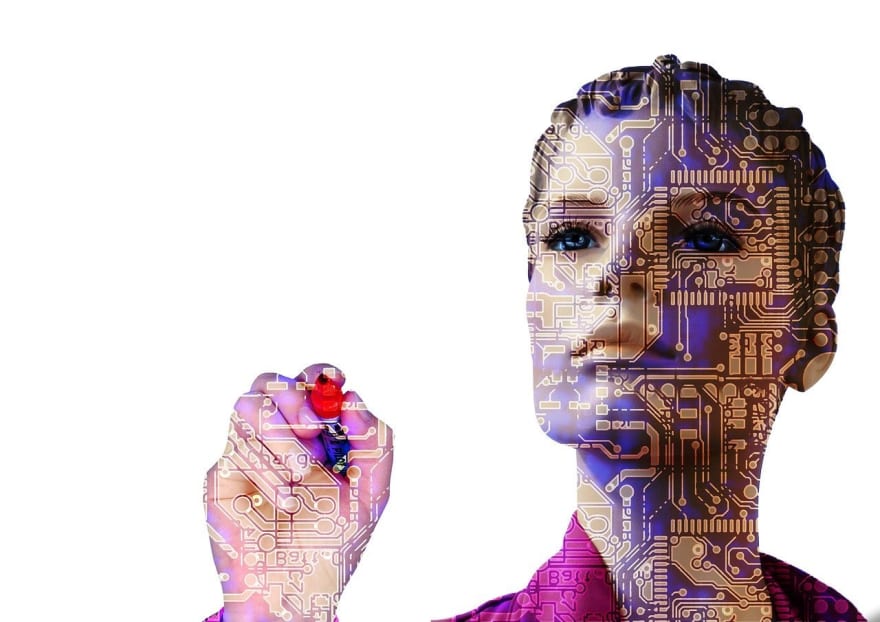 AI boom is happening all over the world and we often use buzzwords like Artificial Intelligence , machine learning, deep learning. But there are many misconception related to these words and it's easy to get lost and not see the difference between hype and reality. But do we actually know what each term means? These terms often seem like they're interchangeable, hence it's important to know the differences. Did we not get confused when someone asks us about these terms and we stumbled to differentiate between these? So let's see what are these concepts and how exactly are they different.

what is Artificial Intelligence?

Whenever a machine completes tasks based on a set of stipulated rules that solve problems (algorithms), such an "intelligent" behavior is what is called artificial intelligence. AI systems will typically demonstrate at least some of the following behaviors associated with human intelligence: planning, learning, reasoning, problem solving, knowledge representation, perception, motion, and manipulation. For example such machines can move and manipulate objects, recognize the patterns and movement and solve bigger problems.
AI is a widespread field and machine learning is a subset of AI. Deep learning is a subset of machine learning.

what is Machine Learning?

The simple definition says "Algorithms that parse data, learn from that data, and then apply what they've learned to make informed decisions"
As the name suggests, machine learning can be interpreted as computer systems with the ability to "learn". The intention of ML is to enable machines to learn by themselves using the provided data and make accurate predictions. It is a process of training algorithm with data. Training in machine learning means giving a lot of data to the algorithm and allowing it to learn more about the processed information.
Machine learning serves as function(understand the relationship between the input and the output) that takes data as input and predicts value as output. When we say something is capable of "machine learning", it means it's something that performs a function with the data given to it and gets progressively better over time.
For example, if you had a bot(to clean room) that turned on whenever you said “room is dirty,” so it would recognize different phrases containing the word “dirty.”.
Now, the way machines can learn new tricks gets really interesting when we see about deep learning.

what is Deep Learning?

DL algorithms are roughly inspired by the information processing patterns found in the human brain.Whenever we receive a new information, the brain tries to compare it to a known item before making sense of it .
While basic machine learning models do become progressively better at whatever their function is, but they still need some guidance. If an AI algorithm returns an inaccurate prediction, then human adjustments are necessary. With a deep learning model, an algorithm can determine on its own if a prediction is accurate or not through its own neural network. A deep learning model is designed to continually analyze data with a logic structure similar to how a human would draw conclusions.
Let’s go back to the bot(room cleaning) example: it could be programmed to turn on when it recognizes the audible cue of someone saying the word “dirty”. As it continues learning, it might eventually turn on with any phrase containing that word. Now if the bot had a deep learning model, it could figure out that it should turn on with the cues “floor is muddy” or “spilled juice on floor”. Deep Learning automatically finds out the features which are important for classification, comparing to Machine Learning where we had to manually give the features.

Do you now understand the difference between AI vs ML vs DL?

Tesla Hack shows how far AI is from being really intelligent

Trending on DEV
I got bored with asking my son for multiplication tables, so we programmed together a little game with Scratch.
#productivity #teachingprogrammingtokids #parenting #learning
I need to start writing test, any tips?
#discuss #help
What is the best Javascript Stack to choose in 2020 ?
#discuss
What are your favorite bash aliases?
#bash #linux #discuss #terminal
Top 10 courses to learn Machine and Deep Learning (2020)
#machinelearning #courses #deeplearning
system monitoring and the three bears
#discuss #sysadmin #perfmon
Feb. 21, 2020: What did you learn this week?
#weeklylearn #discuss #weeklyretro
Git Rebase Explained and (eventually) Illustrated
#git #beginners #tutorial #productivity