Ruby on Rails for many years now has been an extremely popular and influential framework that allows a programmer to build up and deploy a REST API extremely quickly. With that in mind, many developers will choose to deploy using Heroku do to its simplicity and generous pricing for smaller projects.

Before we start getting Heroku set up in our project, we are going to need to make sure that our Ruby on Rails is using PostgreSQL as our database technology instead of its default sqlite3. If you have already built your backend around sqlite3 you can read about migrating it over to PostgreSQL here. Otherwise, if you are just starting a Ruby on Rails backend you can automatically configure it for PostgreSQL by adding the --database=postgresql flag when creating your project like so rails new project-name --api --database=postgresql.

Once your rails backend is ready to be deployed you are going to need to create a Heroku Account. Once finished we need to click on the "new" button in the top right corner of the web page and then click "create a new app" within the drop-down where it will then ask you to pick a name for the app. Name the app and then click "Create App"

Once your app is finished being created you will want to enter your Ruby on Rails directory and then run the command heroku login. 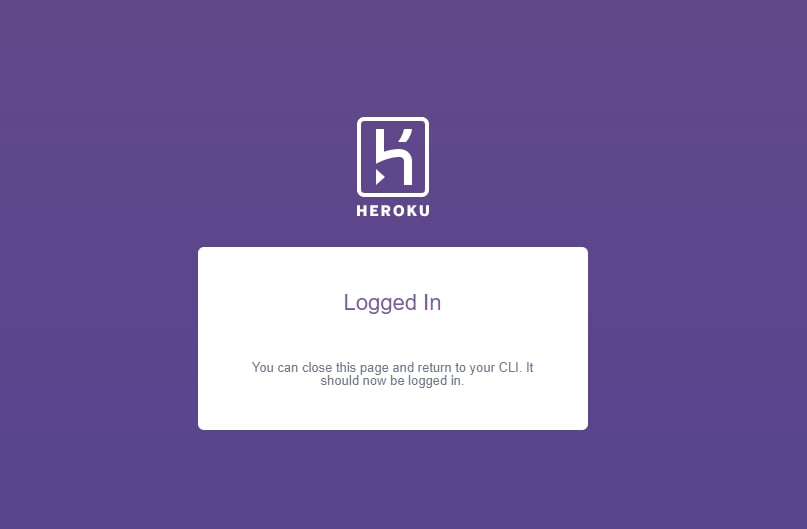 Once logged into your Heroku account from your terminal you are going to run these commands in order.

If you wanted to access the address for your newly deployed server you can click on the overview tab and click the open app button located in the top right corner of the webpage and it will take you to the hosted web address.

Kyle Petersen
Full-stack software engineer with a lifelong passion for creativity and problem-solving. Specializes in web, mobile, and windows application development.
A QuickStart Guide For TypeScript
#typescript #javascript #beginners
How to Become a Bootcamp Level Web Developer
#beginners
How to Use Jest to Quickly Test Your JavaScript Applications
#javascript #beginners #testing

Once suspended, kpete2017 will not be able to comment or publish posts until their suspension is removed.

Once unsuspended, kpete2017 will be able to comment and publish posts again.

Once unpublished, all posts by kpete2017 will become hidden and only accessible to themselves.

If kpete2017 is not suspended, they can still re-publish their posts from their dashboard.

Once unpublished, this post will become invisible to the public and only accessible to Kyle Petersen.

Thanks for keeping DEV Community 👩‍💻👨‍💻 safe. Here is what you can do to flag kpete2017:

Unflagging kpete2017 will restore default visibility to their posts.