In the previous series, we divulged a lot into Exploratory Data Analysis and how as a Data Scientist we have a lot of tools at our disposal to analyze and synthesize our data. 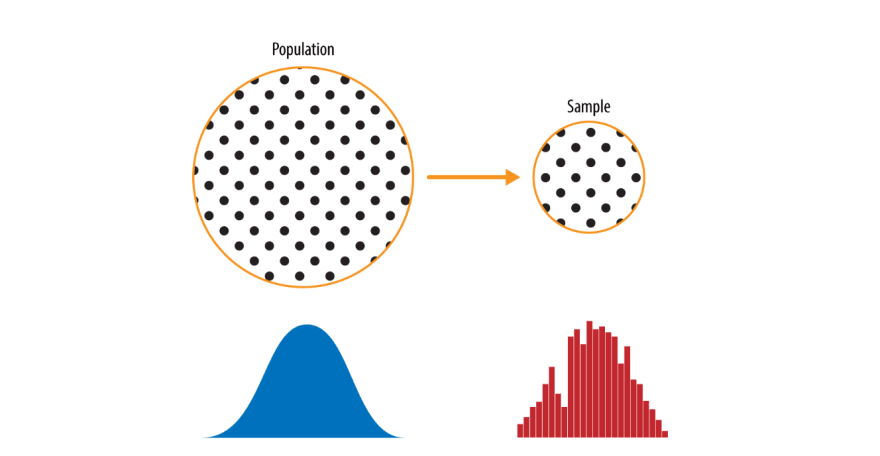 Random sampling is a process in which each available member of the population being sampled has an equal chance of being chosen for the sample at each draw.

What is Sample Bias?

It occurs when a sample drawn from the population was drawn in a nonrandom manner which resulted in a different distribution as compared to its population.

How to deal with Bias? - Random Selection

There are now a variety of methods to achieve representativeness, but at the heart of all of them lies random sampling.
Random sampling is not always easy. A proper definition of an accessible population is key.

In stratified sampling, the population is divided into stratas, and random samples are taken from each of them.

Selection bias refers to the practice of selectively choosing data—consciously or unconsciously—in a way that leads to a conclusion that is misleading or ephemeral.

Selection bias occurs when you are data snooping, i.e extensive hunting for patterns inside data that suit your use-case.

Since the repeated review of large data sets is a key value proposition in data science, selection bias is something to worry about. A form of selection bias that a data scientist has to deal with is called Vast search effect.

How to deal with this effect? The answer is by using a holdout set and sometimes more than one holdout set to validate against.

Much of the classical statistics is concerned with making inferences from small samples to a very large population.

The above code produces a FacetGrid consisting of three histograms, the first one being a data distribution, and second and third being sampling distribution. 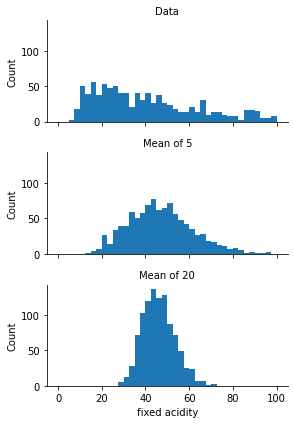 The phenomenon we’ve just described is termed the Central limit theorem. It says that the means drawn from multiple samples will resemble the familiar bell-shaped normal curve.

The central limit theorem allows normal-approximation formulas like the t-distribution to be used in calculating sampling distributions for inference—that is, confidence intervals and hypothesis tests.

As the sample size increases, the standard error decreases, corresponding to what was observed in the above figure.

The approach to measuring standard error:

In practice, this approach of collecting new samples to estimate the standard error is typically not feasible. Fortunately, it turns out that it is not necessary to draw brand new samples; instead, you can use bootstrap resamples.

In modern statistics, Bootstrap has become a standard way to estimate the standard error.

So this concludes Part-I, where I have divulged on Sample/Population Data dichotomy, Various types of bias in samples (Sample Bias), Ways to mitigate bias in our data, Central Limit Theorem and Standard Error.