I recently had a requirement to make teams from a pool of around 100 people with 5 members per team each.

Usually, it would take a lot of effort & time to make teams. But in the end, you'll be called biased anyways. That's why I want to automate this process. So I wrote a small script in python which I want to share with you now.

Getting CSV Data from excel

I used Google Sheets to collect info, so I need to convert it to CSV. 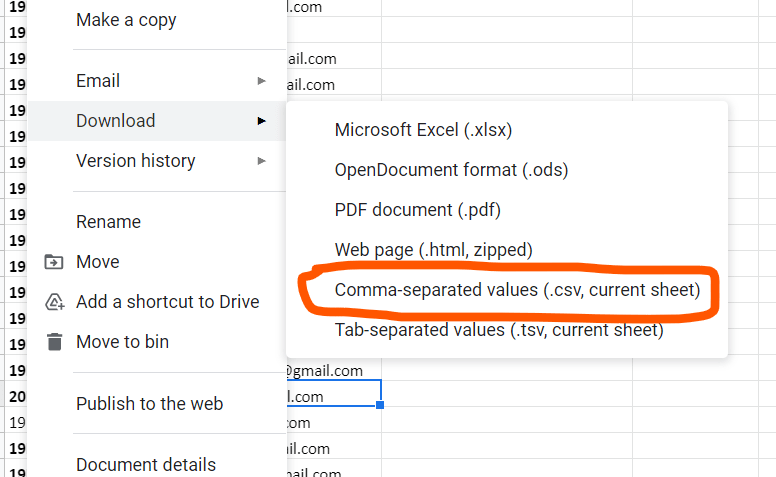 here's the data after conversion (delete the first line, as they indicate column names) 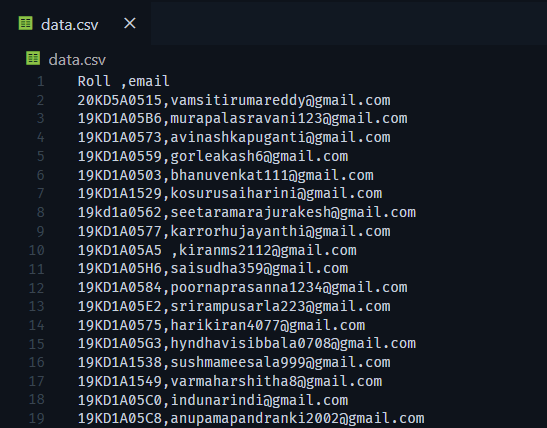 I saved the file as data.csv

To read .CSV files in Python we need csv package. Which is already pre-installed. This means you don't need to install anything to follow along :)

The csv package we imported earlier converts each row in the csv file to a list.

The above code outputs,

As you can see it converts each row in CSV file into a python list. Awesome right?

Now I only want the roll numbers of students to be in persons list. To do so we need to access it by using its index.

To do so we need random package. here's the code

That's it! now we got our required teams in the teams list

Once suspended, manitej will not be able to comment or publish posts until their suspension is removed.

Once unsuspended, manitej will be able to comment and publish posts again.

Once unpublished, all posts by manitej will become hidden and only accessible to themselves.

If manitej is not suspended, they can still re-publish their posts from their dashboard.