The game development is a great way to cover several programming topics. In this experiment I developed a differente version of the classic Minesweeper game.

My main goal was to build an accessible game where the user should be able to play with mouse, touch and keyboard. This is part of my desire to learn more about accessibility on the web.

The angular framework helped me to write less code and focus mainly on the logic of the game.

I hope you enjoy it!

You can see the code on Github: 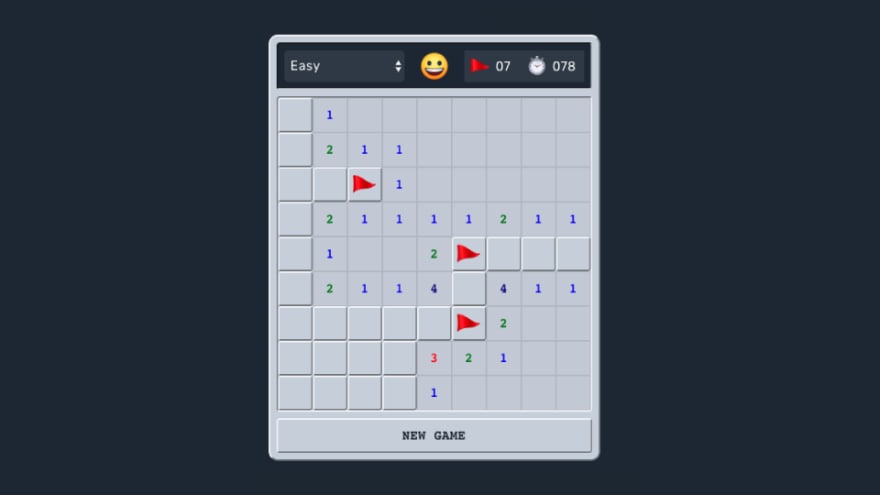 A different version of the classic Minesweeper game built with Angular.

This project was generated with Angular CLI version 8.1.1.

How to submit a form with Playwright?

I landed my first dev job after 6 months of building projects. Here's my story!