For reasons I dare not mention, I had to install version 7 of the JDK a couple of months ago. As a Mac user, my usual way of installing is using Homebrew. To install a JDK, this is as easy as brew cask install adoptopenjdkx, where x is the Java version. It didn't work, as AdoptOpenJDK provides no version 7.

It took me some time to find a JDK 7. In the end, I found one in Zulu - thanks to Azul. Coupled to the fact that I also learned Alibaba provided a JDK and I got curious: how many JDK providers are out there? The next question is: which JDK can I use?

The matter can be confusing as a whole bunch of different JDKs is available. The OpenJDK project plays a big role in this ecosystem. Different developers jointly work on the OpenJDK codebase. They can be employees of software companies, including Oracle, Google, IBM, and Red Hat as part of their regular job. One can also work as an individual contributor to the codebase.

Vendors use OpenJDK as an upstream repository: individual vendors add additional features. The following diagram by Aleksey Shipilëv sums it up: 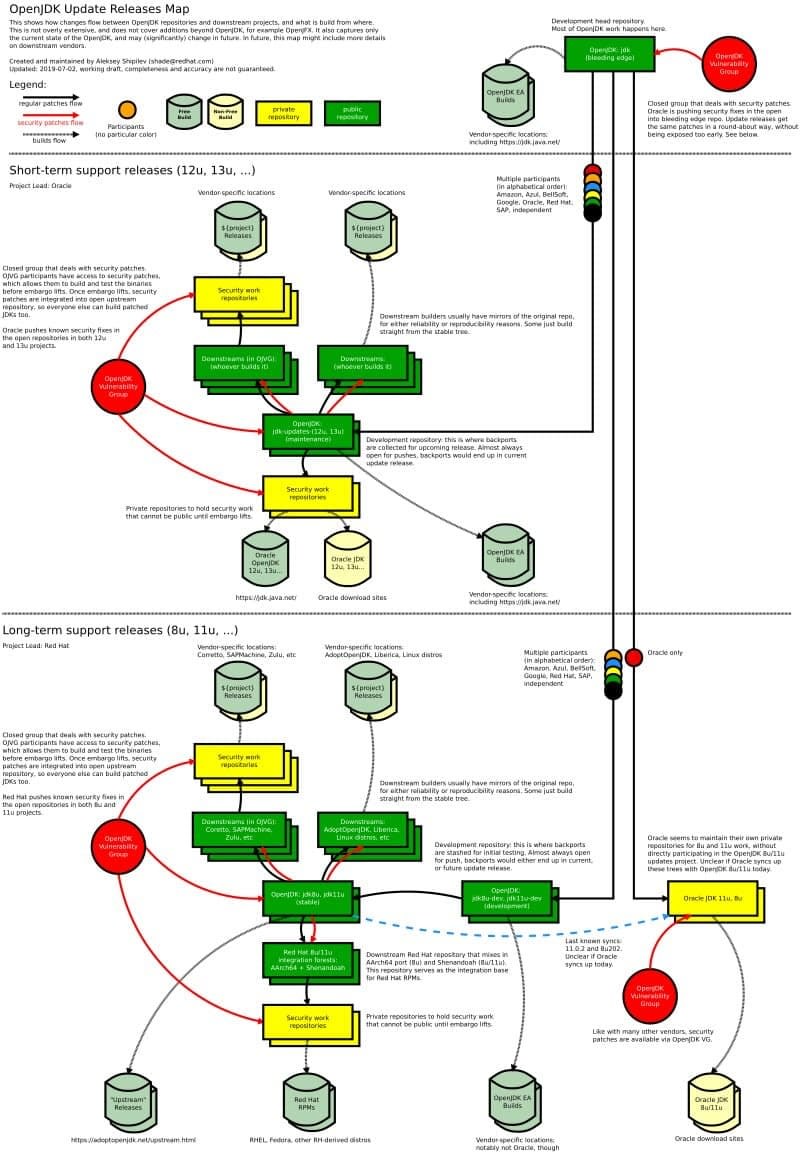 Without further ado, here are some of the most widespread JDK providers:

Originally published at A Java Geek on November 22th 2020

Find Duplicate String and Letters from a Given string - Java(Collections)

Migration from Swagger 2 to OpenAPI 3