Maybe I should start a series called “Not just a Gist”, as I’m slowly converting gists of mine to blog posts. The last one I converted was all about My Visual Studio Code Setup.

I participated in this week’s #devdiscuss about tooling, and I posted a few links to gists that are my setup on my Mac.

Tools you absolutely need on your Mac

Alfred is so awesome, it deserves it’s own section in this post. It’s basically Spotlight on steroids and a bag of chips. It’s more than an application launcher. It allows you to create workflows for repetitive tasks you do everyday and there is also a huge array of existing workflows for it available. I even decided to make some of my own, nickytonline/alfred-workflows: Hopefully useful workflows for Alfred.
Liquid error: internal

I never used Alfred until this past summer. Why did I not use it sooner?!

The Syntax FM podcast has a great episode on tooling, including Alfred, Our favourite Productivity Hacks 🔥 — Syntax Podcast 011. You should check it out.

Along with workflows, you can also install themes. I like Wes Bos’ Cobalt 2 theme for other things and I guess since Wes is a huge fan of Alfred, he decided to make the theme for Alfred as well. Download the raw Cobalt 2 theme file from the github.com/wesbos/Cobalt2-Alfred-Theme repository. Once downloaded, open the file and it will ask you if you want to import the theme into Alfred. 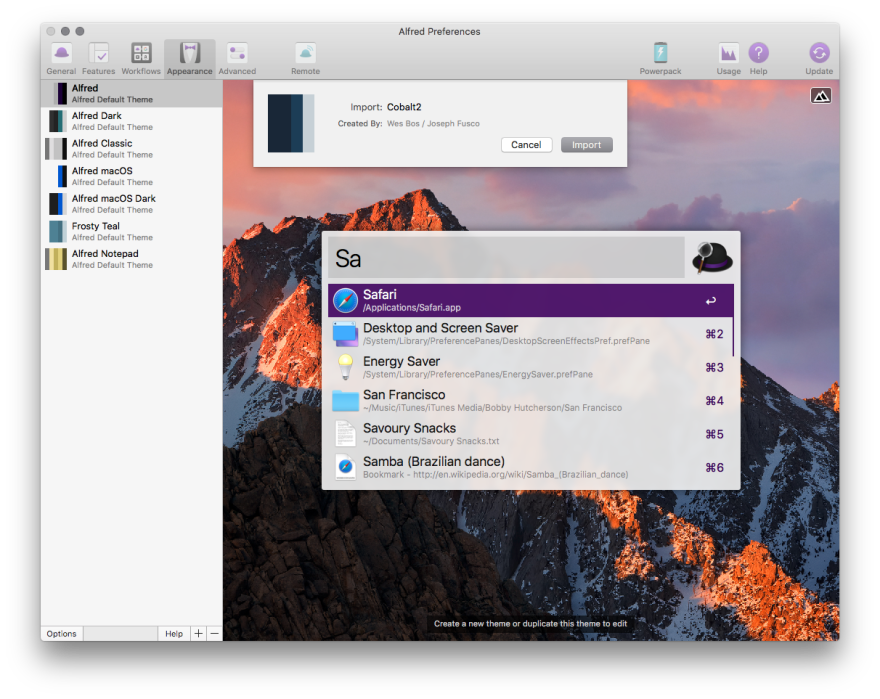 Click the import button and Alfred has been Cobalted. 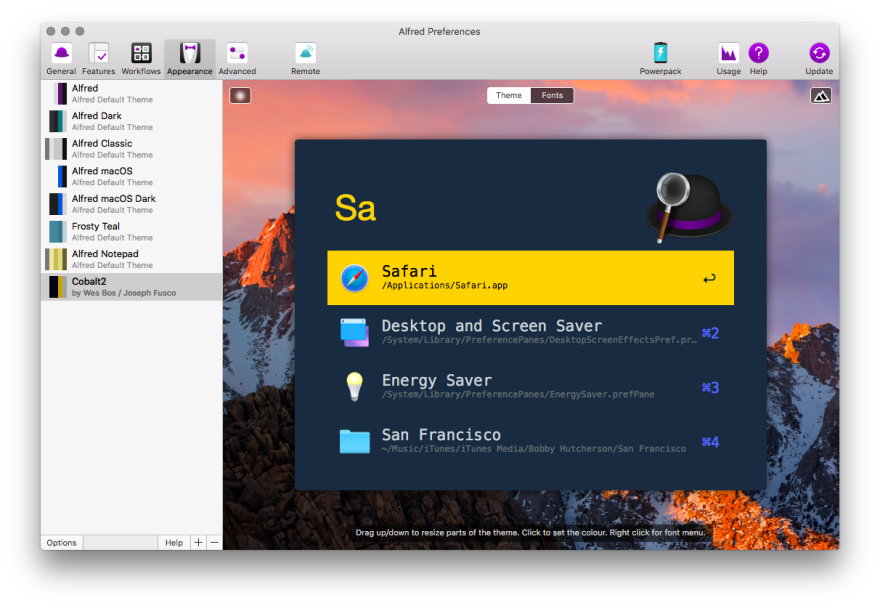 At the time of this writing, here’s all the workflows that I currently have installed:

If you use Alfred and have some workflows that are not listed here, please mention them in the comments. I’m always looking for new ones to improve my whole dev workflow.

You can also launch the terminal from Alfred, by typing > in the Alfred search bar followed by the command you wish to run. Since I use iTerm, I want that to open instead of the default Terminal app. Since Alfred 2.7.2, you can run a custom Applescript to launch another terminal application. Open the Alfred preferences window and click on the Features button in the top of the preferences window then click on the Terminal / Shell button at the bottom. In the Application drop down menu, select Custom and paste in this script from the Custom iTerm Applescripts for Alfred repository. 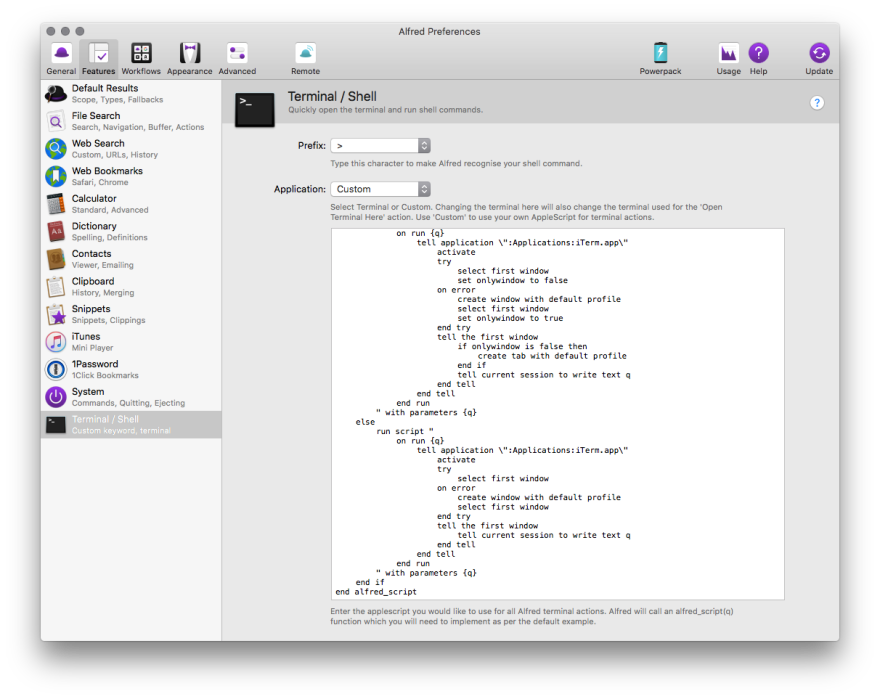 You're all good to go. To test it out launch Alfred and in the search bar type > ls and press ENTER. iTerm should open up with a listing of the current directory.

That’s pretty much the round up of what I have on my machine at the moment. I should probably get around to writing a script that installs all this, but for the time being, other priorities.

I’m always looking for new tools to make me more efficient, so feel free to chime in in the comments below.

And here's the link to my mac setup script which I made a little while's after this blog post. It's not perfect, but it's helped me set up a few machines pretty easily.

Nick Taylor
Staff Software Engineer at Netlify
Automate syndication of your content with Eleventy, dev.to, and GitHub Actions
#eleventy #githubactions #node #webdev
What tools do you use?
#discuss #tooling #productivity
What would you improve at your job?
#discuss #productivity