This article is part of a series on my experiences with Nuxt.js that I built into the nuxt-toolkit by OverScore Media

A bunch of useful example code snippets for use with Nuxt.js

See a live example at https://nuxt-toolkit.overscore.media! :]

Hey everybody! I hope you're doing well. You probably already know why you're here. If not, Nuxt is a Vue-based JS framework for building websites/web apps, and Disqus is a commenting system for blogs/websites.

Plug these together, and you get a pretty powerful duo, IMO. In we go!

Vue component to integrate Disqus count and comments in your application, with support for SPA

Save as a Dependency

Create a file in the ~/plugins folder of your Nuxt app. I named mine disqus.js. (Can you guess why? Can ya?) It should look like this:

Next, import said plugin in your nuxt.config.js like so:

In the words of Lyle from the Animal Crossing series, "Bang! Boom!" 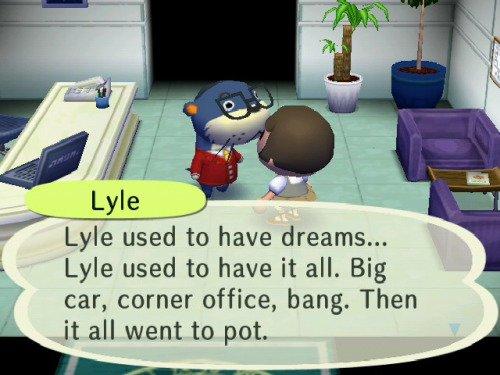 Make it a Component

Now, you can do a ton with this power, but here's a rather grounded example that I used when I built https://botinabox.ca: (As I write this, I just noticed that my implementation on that site just broke. Oh well, I'll get around to fixing it, but it's probably my fault and unrelated to the way I setup the component...)

Now, don't get overwhelmed by this. I'll break it down for you. First, notice the <vue-disqus> component amidst a couple of Vuetify components. That's the real kicker here, functionality wise. The shortname is super important; it's your site name when you sign up for Disqus at https://disqus.com/admin/. It all should be fairly straightforward. (I also recommend setting up a Comment Policy, but that's outside the scope of this article. Not that I'm known to be one to stay on scope, but you know....)

The v-if="metadata" is because I had some issues when I navigated to another page if the comment box was visible, so making it conditionally-visible solved my problem. The :identifier is for different pages - in this case I had it set up with my tutorials, so each tutorial is on a different page and has its own metadata (stored in Vuex, but again that's out of scope). Point is, IMO you'll need at the very least shortname, :identifier, and :url to make it worth it. You don't have to worry about the stuff in the computed: block, though; it's just how I actually used this component. Also, I do recommend conditional rendering with a v-if, if you can find a suitable condition.

In any case, that's how I made Disqus work in my Nuxt site. It works pretty well IMO (and Disqus has a white and dark theme, so you can change to match your site).

I realize some of you reading this may have some qualms about using Disqus (why are you reading this, then, I guess is a good question, but whatever). I get it; personally I think it can be a bit sketchy, and I'm not a big fan of how they use comment data, but when I find a better solution I'll publish another one of these tutorials on how to use it with Nuxt. For now, though, this is the best I got. Hope this was all helpful.

How to create a JavaScript Dictionary?

OverScore Media
Your Message - Levelled Up!

If you're looking to join a team of like-minded professionals, you need look no further than OverScore Media.

Or maybe you need some web or software work done? Our comprehensive consultations are always free. Drop us a line and let's help you level up!