I was watching The Salisbury Poisonings TV show and the credits caught my eye. Behind the actor’s/actress’s names was a box that looked like it was randomly translated/rotated and I wanted to try and recreate the effect on codepen. 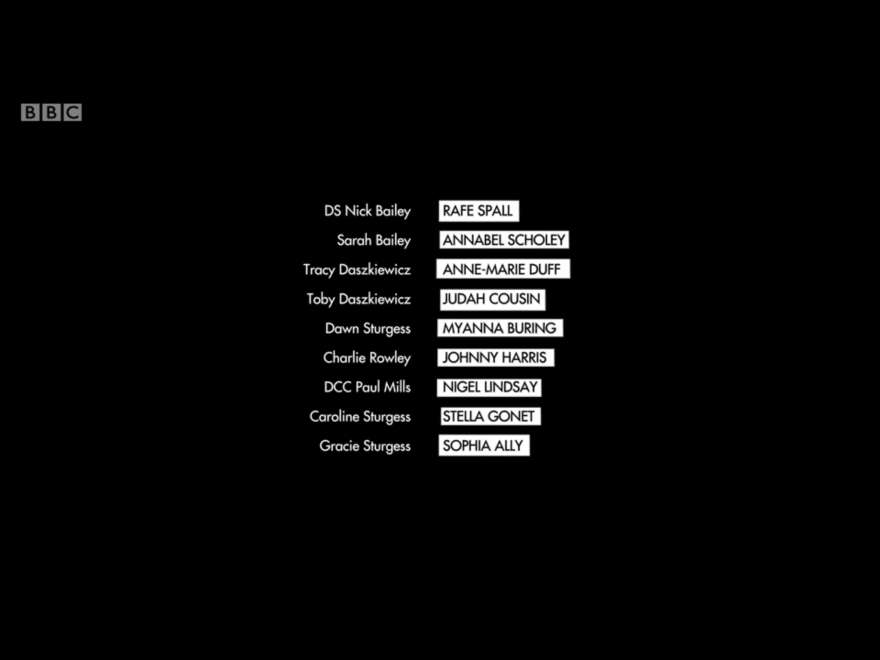 First I made the markup which you can see in the codepen, it was a list, and in each list item was a key and value.

For the layout, I made the main container display flex so that I could easily center the list, and then I made each list item a grid with two equal columns.

For the white background behind the ‘value’ divs, I used a pseudo element positioned absolutely to the same size as the div and then put behind the text with a negative z-index.

Now for the randomness, I made a -—random variable initialised to 0. Then on the pseudo element background I added:

This scaled it up so that I had a bit of a buffer to be able to translate/rotate it and keep it behind the text. Then I translate and rotate using calcs and my variable.

Now at this point, because the variable is initialised to one, the background will only be scaled and look the same for all of them. This is where some javascript comes in.

This sets the CSS variable on each ‘value’ div to a random number between -1 and 1, which is then used in the transforms.

I call this function on initial load and also if you press the randomise button.

I’m pretty happy with how it turned out. It’s a shame there’s no built in css random number generator (as far as I’m aware) but with a small amount of js we’re able to achieve the same effect!

Once suspended, peterw570 will not be able to comment or publish posts until their suspension is removed.

Once unsuspended, peterw570 will be able to comment and publish posts again.

Once unpublished, all posts by peterw570 will become hidden and only accessible to themselves.

If peterw570 is not suspended, they can still re-publish their posts from their dashboard.

Once unpublished, this post will become invisible to the public and only accessible to Peter Weightman.

Thanks for keeping DEV Community 👩‍💻👨‍💻 safe. Here is what you can do to flag peterw570:

Unflagging peterw570 will restore default visibility to their posts.