Another week, another update on HTTPie’s mission to provide the best experience to anyone working with APIs. Last week we launched the desktop app, making HTTPie the first API testing platform with fully-fledged clients for the Web, Desktop, and Terminal. This week we kept working down the list of the most anticipated features. Check out what's new 👇

Collections arrived in HTTPie! Collections are folders where you can store requests. Their duty might seem humble for now, but they'll grow to have superpowers. 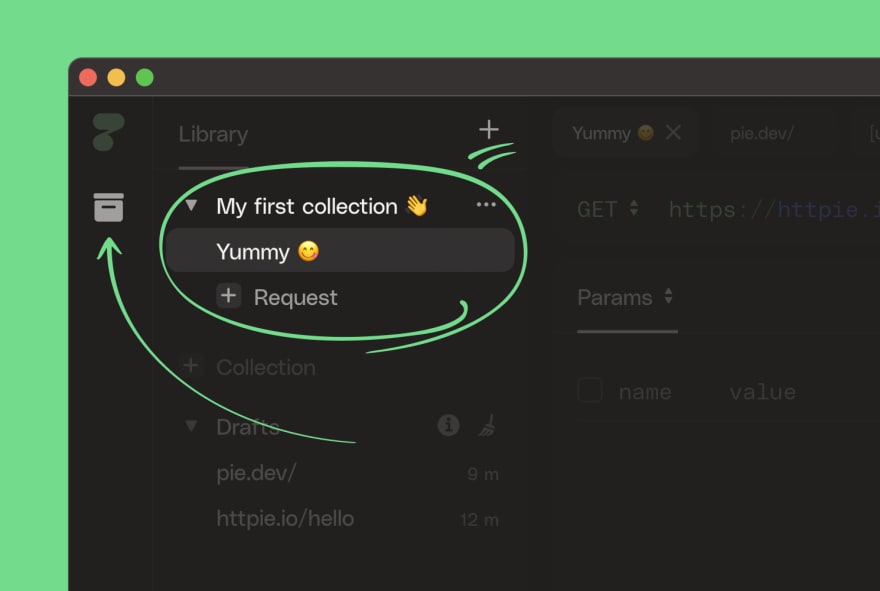 To save* and organize requests, go to your library, create a new collection, and start adding requests to it. Then create as many more as you need, with as many requests as you need as well. Any changes will be auto-saved. An organized and tidy space will speed up your flow through APIs.

*The library is a feature preview with local storage. In an upcoming release, we’ll sync your data across devices.

Even your ad-hoc requests are now auto-saved in the built-in Drafts collection. Drafts are fully functional requests. 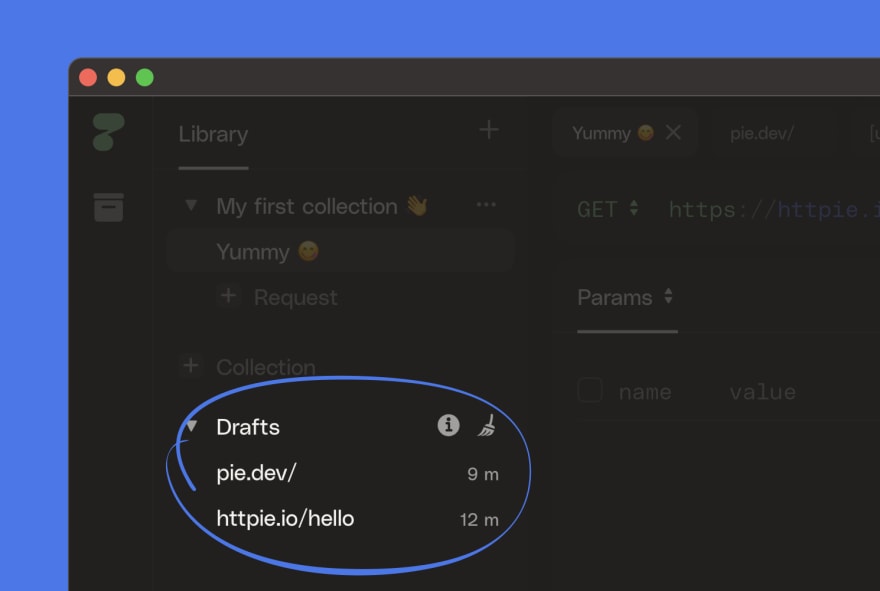 Once you start editing a new request, it will be saved as a draft in your library. You can go back to it anytime, no need to keep its tab open. To keep a request around permanently, move it to a collection.

If you don't need a draft anymore, you're free to delete it. Or clean all drafts at once, if you need a fresh start.

If you can now organize requests in the library, it makes sense to name them. It's part of keeping a workspace organized; it helps to recall and differentiate them. And you'll no longer have tabs that look all the same, as a user has pointed out. 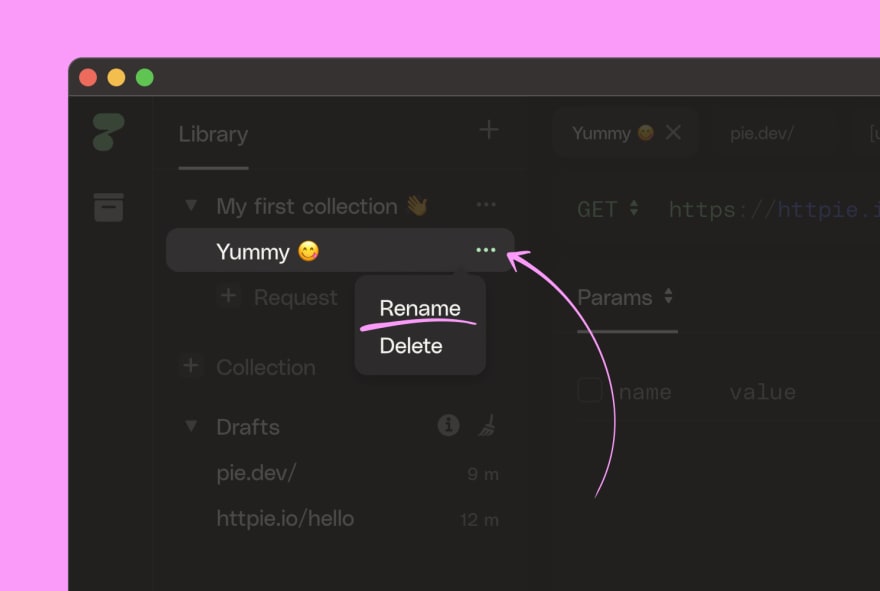 You can rename a request either through the tab context menu or in the library. Easy! But then comes the complicated part: picking a good name. Here's a tip, an emoji can be worth a thousand words 😜

There are improvements on the development version of HTTPie for Terminal and in the docs.

Show, don’t tell! It’s been possible to try online even the Terminal version of HTTPie for a while now. But starting today, you can also run all examples while reading the docs or the blog straight in the browser. There’s no better way to learn than through direct experience. Try it out!

Who would say no to more speed? Nobody!

Day 4 Of #90DaysOfUpskill | Modules and Packages in Python