It’s Christmastime, and we've got some gifts for you! All aligned with our mission to provide the best experience to anyone working with APIs, of course.

When we announced library and collections, we promised they'd have superpowers in the future. The future starts now, with the first of its superpowers released. In HTTPie for Terminal, we’ve implemented the most requested feature, which has been up-voted nearly 300 times.

🔒 Auth at the collection level

If you use collections to group requests to the same API and that API has an authorization process, now you only need to set the authentication credentials once and relax from then on. 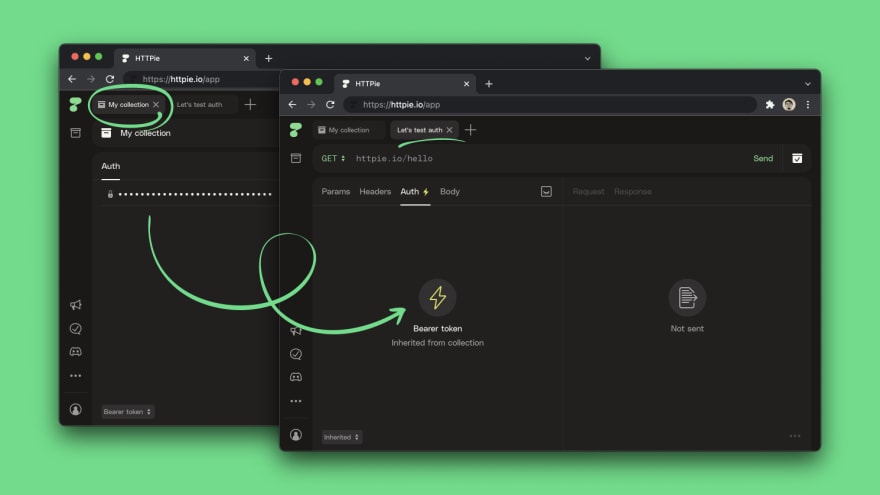 Set auth at the collection level, and it’ll auto-apply to every request that belongs to it. If you go to a nested request, you’ll verify the inherited auth, and you’ll be able to override it if needed.

Here’s a summary of this week’s improvements to the development version of HTTPie for Terminal, which will be part of the upcoming v3.0.0 release.

One of the most requested features of all time has been the ability to see the response time natively. And now the new meta section includes the total time spent sending the request / receiving the response. You can see it through the new m argument to --print (included by default with -vv and there’s also a new shortcut --meta to only print the meta information). See it in action below:

If you are using the new Pie styles, through pie-dark/pie-light, you’ll see this output colored, according to the response time. 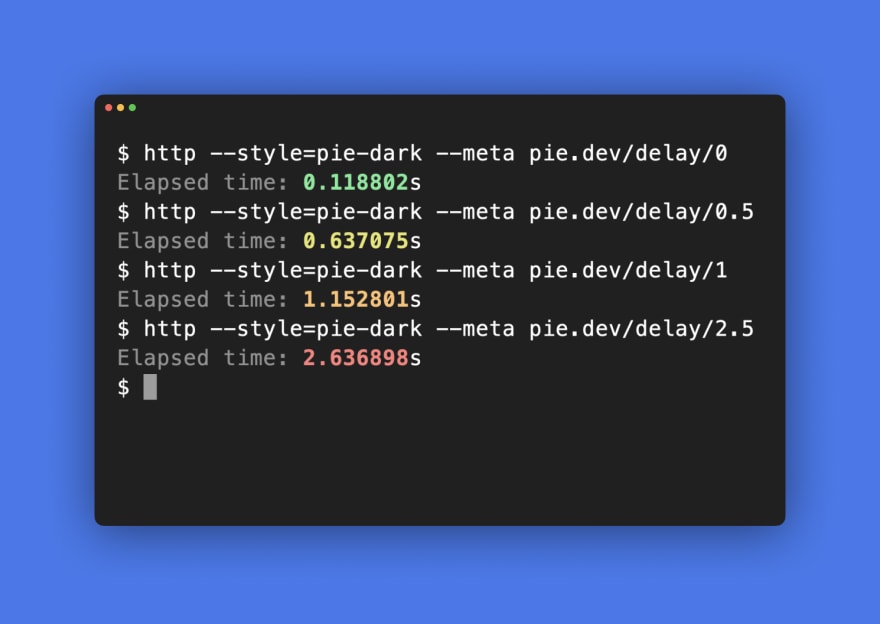 Getting Started With Accessibility for React