As we know ASP.NET Core is one of the best open source frameworks it used to build a modern web applications and that has the most users in the world wide today the reason is that a significant change has been made to it is that it will work very good and more efficiently on many types of Linux distributions as well as on Windows and Mac operating systems that is why it is called cross-platform. Obviously, we want our app to have the best performance and reliable so in this article I am going to explaining how to install Asp.Net Core and configure Nginx web server on Azure Linux Virtual Machine (Ubuntu 18.4).

Putty terminal emulator is used to connect with Virtual Machine as well as run some commands to perform tasks, after you have connected with the Ubuntu Linux VM you will see something like this now we are ready to achieve our goals. 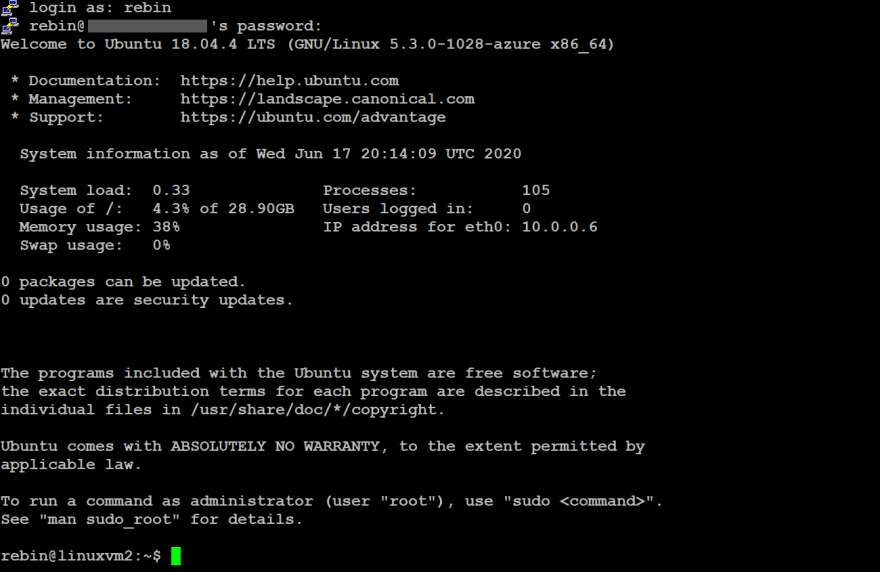 There are two types of .Net Core is available SDK and Runtime the difference between them is that:

To install .Net Core SDK is also include runtime so run the following commands to install it.

To make sure everything is fine run the following commands 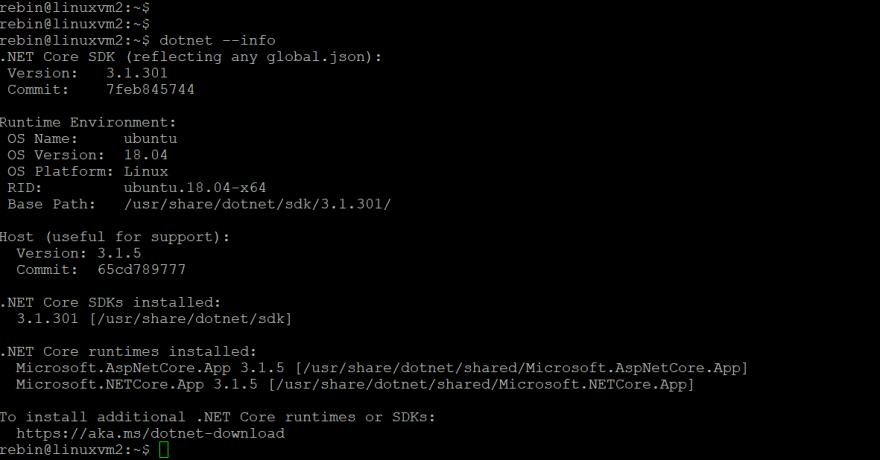 Why choose Nginx as a Web Server ?

NGINX is open source software for web serving, reverse proxying, caching, load balancing, media streaming, and more. It started out as a web server designed for maximum performance and stability. In addition to its HTTP server capabilities a reverse proxy and load balancer for HTTP, TCP, and UDP servers.

Before install any packages we need to ensure that our local package lists is up-to-date to update all installed packages run the following command.

To install Nginx we server packages run the following command.

After successfully installed Nginx we should enable it at boot time (load at startup) so we are running the following commands one by one.

To make sure everything is fine and the status of Nginx web server on our Linux Ubuntu 18.4 we are running the following command.

To exit the status and return to home press (Ctrl + C)

To make sure Nging is working open a web browser type the IP of Virtual Machine then hit the enter you will see the result of your goal. 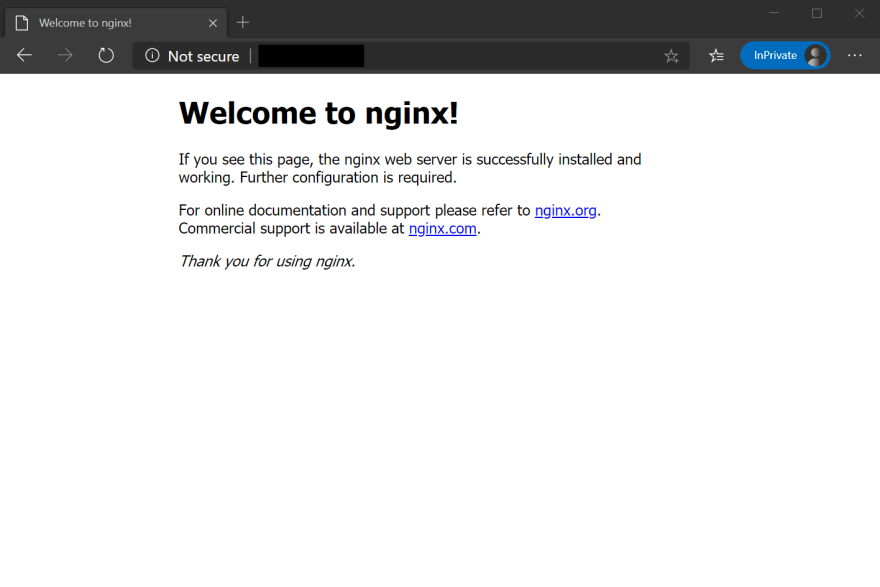 Simple asp.net core mvc app has created before, so we are going to deploying it to Nginx web root default directory on Virtual Machine.
Run the following command to create a new directory is called ( simpleapponlinux ) in Nginx web root /var/www

We run the following command in Package Manager Console inside Visual Studio 2019 to publish the app and its dependencies to a directory then deploy all compiled files to host system.

We are going to use FileZilla as SFTP server to deploy the app on my local machine to /var/www/simpleapponlinux on Ubuntu Virtual Machine. 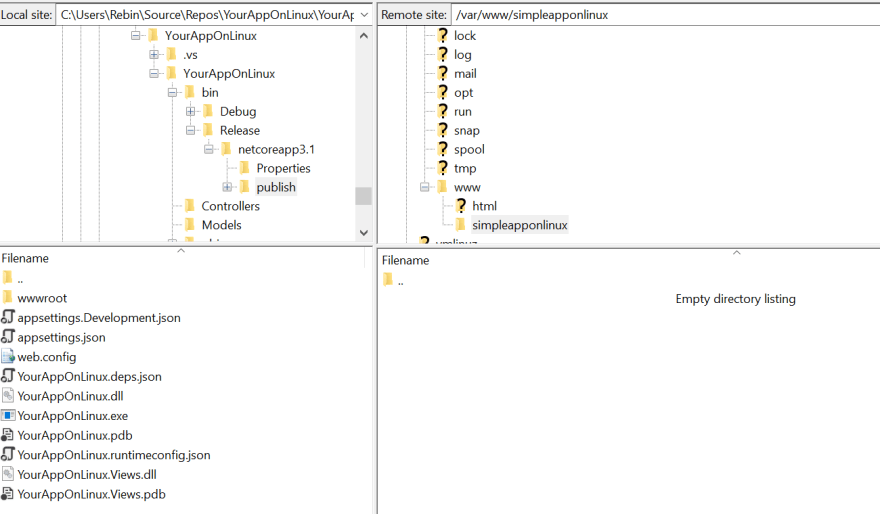 May we are getting this error during transferring app files
Tip: Error: /var/www/simpleapponlinux/YourAppOnLinux.dll: open for write permission denied Error: File transfer failed
to fixed that we are going to running the following command.

sudo chown -R used to change the ownership of files or directories to rebin user.

After we have given the permission and uploaded entire our app content to /var/www/simpleapponlinux directory we need to run the app to ensure that is working well and getting some information like localhost url and its ports that is required in the next step.
To do that we are running the following command.

Now we should be here ( /var/www/simpleapponlinux$ ) and we running the following command. 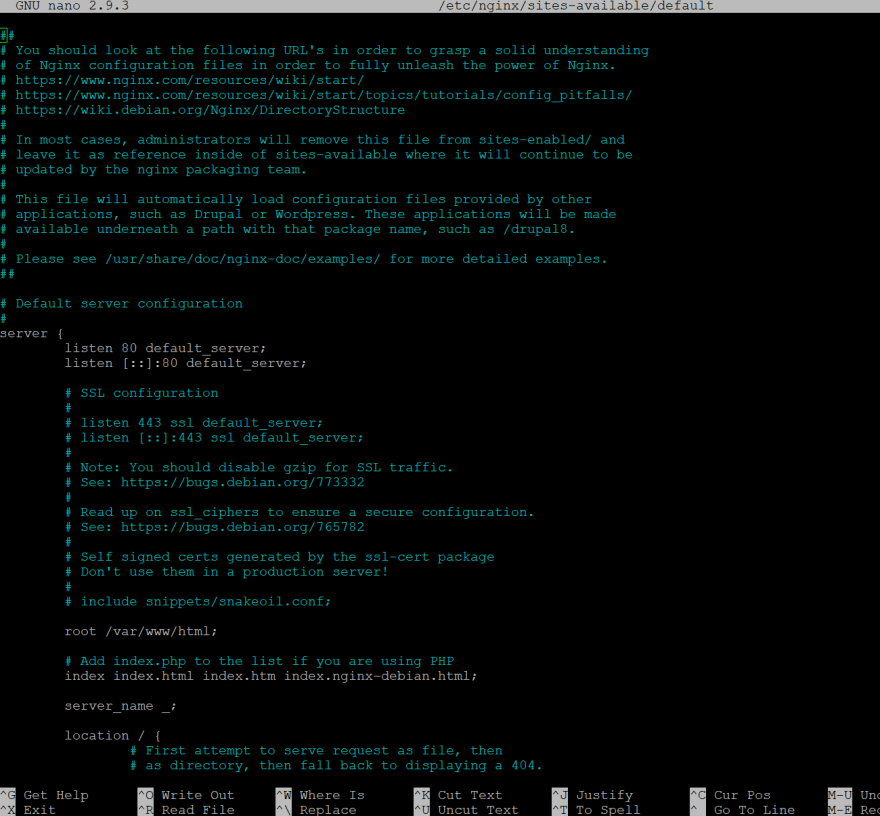 We have replaced content of the default server block file on Nginx so we need to reload changes that we have made before we running the following command.

To keep running our app in the background as unite service we will take advantage of that file, so we need to create a. service file in the systemd directory and run the following command for that purpose.

After running that command, the nano simple text editor will be open immediately just copy the following configuration and past it into the nano text editor.

To enable and register (appserviceunitefile.service) unite file service at a boot we should running the following command.

Now we should see the following message to ensure the our unite file of service has been created successfully.

Run the following command to perform and start the unite of service.

The last command we want to use is to check the status of the ( appserviceunitefile.service ) to ensure the service is active or not run the following command.

To make sure the Asp.net Core MVC app is working open a web browser and type the IP of Virtual Machine and hit the enter you will see that Asp.Net Core is working on Linux very well. 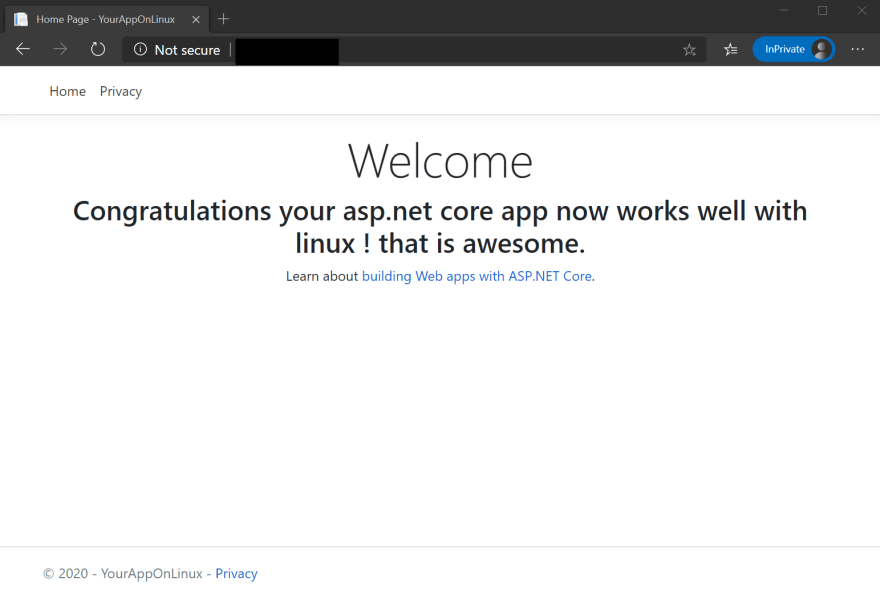 You have successfully run an Asp.Net Core App on Linux (Ubuntu 18.04 LTS)

In this tutorial you have learned how to deploy an ASP.NET Core MVC App as well as install Nginx web server on Linux Ubuntu 18.04 LTS Azure virtual machine.

Nginx is a powerful web server open source, which can also be used as a reverse proxy or load balancing.

The source code of the app used as a demo can be found this link on GitHub.

How To Make A .deb For Your Program